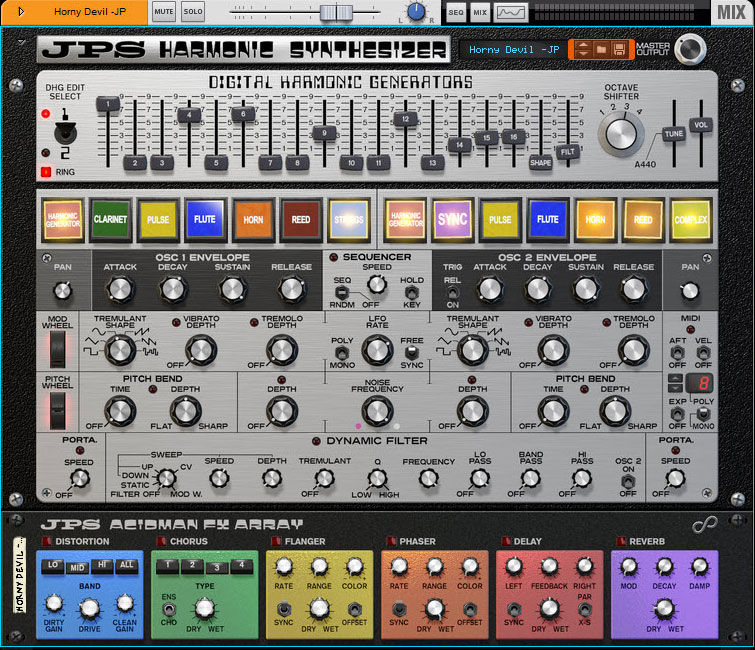 My interest in keyboard synthesizers and computer music began in 1990 when I bought a Korg M1 and already had an Commodore Amiga computer at home. That was my first experience with what is now called a DAW – Digital Audio Workstation. On the Amiga I used several of Dr T’s music programs including KCS and Music Mouse; but my favourite music program was Bars & Pipes. Some years later my interest waned because of the intensity of work and other things, but in the early years of my retirement I renewed my interest, with a PC this time and it eventually lead to me trading all my music equipment in for the Korg Oasys.  Over a period I used three DAWs – Sony ACID my initial one – then Cakewalk Sonar, and finally Ableton Live.  And then my interest waned again, partly as the CPU on my 2007 PC simply couldn’t cope with the amount of processing involved, and partly because I had finally begun to realise that I just wasn’t very good at it. I’d never be a musician.

But I’ve always been a sucker for a bargain, and over the recent Christmas holidays I received an email from Arturia in France offering me (as a good customer in the past) their entire V Collection Volume 4 for the sum of US$69. Now I calculated that this was worth about US$1,300 at their current prices for the 13 virtual instruments in the collection. What an amazing bargain for such an outstanding collection.

I gave the matter a lot of thought over the weeks for which the offer was valid, and realised that to be able to use the V Collection I would need to buy a new DAW for my new (2014) computer which now had Windows 10.  I did a lot of research and comparisons and finally ended up downloading a 30 day trial of Propellerhead Reason 8.3 – a DAW that has been around for years. It is made in Sweden and has its own way of doing things that separates it from all other DAWs.  For one thing it doesn’t accept VST (Virtual Studio Technology) plugins.  Reason is not one of the big state of the art DAWs like Pro Tools or Logic Pro.   I had tried Reason many years ago in the Twenty Noughties and didn’t like it at all – I found it far to difficult to figure out, and the music it produced seemed to be all loud techno dance music or whatever it is.  Horrid.

But this time – Reason had undergone a few changes over the years – I liked it.  I liked the simplicity of it, and its self-contained nature, and the fact that it does not have VST plugins.  Instead of VST plugins it now has what it calls Rack Extensions.  They don’t work like plugins, but as if they are part of the program.  In my home page music playlist I have already posted two recordings I made in Reason.  I show the album name as JTH in Reason.

“In 1974 RMI introduced it’s first, and only synthesizer. Although it was housed in the familiar RMI case, it was a totally different design than any previous instrument. To my knowledge, it was the first digital designed synthesizer available on the consumer market. The instrument was probably years ahead in design, and not understood, except by the professional musician.

“The instrument was monophonic, with two independent digital harmonic generators. Each generator’s waveform could be modified independently, effectively like having two synthesizers by depressing one key. The unit had AM and FM control, and voltage controlled filters. Its own expression pedal controlled each audio output.

“The instrument listed for $2995, and was manufactured through 1976.” —Tom Emerick, Allen Organ Company

The above quote is from SynthMuseum.com regarding the RMI – Rocky Mount Instruments, Inc. – synth.

In the video below is the music Oxygene made famous by Jean Michel Jarre, using the RMI.  In the video the music is played on a Nektar keyboard MIDI controller which plays the instruments in the Reason “Rack”.  The Rack uses the JPS Harmonic Synthesizer at least three times in this piece.  For your information, a MIDI file could have, say, 20 tracks and you could use the JPS Harmonic Synthesizer in every track, with it set to play different sounds in each track, such as violin, strings, organ, brass, trumpet, piano, harmonica, oboe, flute, synth sounds, percussion and so on.  However, a drum track would be best covered with a dedicated drum kit Rack Extension or Refill (extra sounds for an existing RE).

Here now is some music played on the RMI Harmonic Synthesizer itself.   This will give you an idea of the range of the JPS.  I think someone has bought the vinyl record of the RMI and has recorded the music in two parts (both of them below) as a video, and used the front and back of the record to fill in the video.  A lot of people do this sort of thing as it is their only way of posting music online.  YouTube is great for music – just search for composer, artist of track title and you will very likely find an audio recording posted as a video.

Everything you hear on this record was recorded LIVE in REAL TIME by ONE PERSON. Any cross-fading or instruments appearing in contrast between the left and right channels was accomplished by the performer’s use of the pedal – not the recording engineer. RMI’s concept allows the single performer to create five Independent channels of audio, bringing studio effects to the concert stage. Live concert ensemble will be improved while studio recording time will be greatly reduced.

STRINGS – The Computer opens with Linear Sawtooth #SPG3001 ,stereo Chorus and Long Attack. Vibrato is added with the Touch Bar. A descending synthesizer cello line enters, then an ascending sequence is programmed while a chord is “Iatched” on the Computer.

BELLS – Fixed waveform “B” for bell Is used with Percussion, Sustain and Chorus. Chorus creates a difference in tuning of about 2 Hz between the left and right channels.

BOOGIE BASS – Bass line and percussion are “sequenced” in stereo on the Harmonlc Synthesizer. “Blue notes” are created on the Computer by the Pitch Bender pedal.

FIDDLE & BANJO – Chords are held on the Synthesizer while the individual notes are “sequenced.” Fiddles sliding up to pitch are accomplished by the Computer Pitch Bender pedal.

RANDOM SCALE – Eight’ notes of the A Major scale are “wedged” on the Synthesizer. Placing the Sequencer in the Random Mode causes the notes to be played in random order, providing a varying tonal and rhythmic background for the computer.

MANDEL DOES IT — Full use is made of Channel Three and the Pitch Bender. A rapid percussive arpeggio is programmed on the sequencer as a background. Filter “sweeps” are used as accents.

NON-PIPE ORGAN — You know what we mean. Characteristic keying noise and percussion are created by card #F3186. #1184 produces a typical setting. Rotating speaker effects are created by Chorus and the Vibrato Touch Bar.

RECORDER AND HARPSICHORD — Alto Recorder #F2065 is heard with slight vibrato on channel one. Pulse cards #SPG1001 and #SPG2002 are percussed through channel two (no vibrato). Quick changes are made with the pedals.

NOEL (Daquin) — Flutes and harpsichord are the main instruments. Light bells are “sequenced” at random on the Synthesizer.

By the way, I have found many of the JPS Harmonic Synthesizer sound presets fit very nicely in my MIDI tracksand I have used the JPS in one of my Reason tracks already posted in my blog playlist (and I only bought Reason in February this year).  I found it would be very easy to adjust the presets to fit the mix in future cases where that might be needed.  But most of all, I simply enjoy auditioning the presets and imagining how I might use some of the sounds, and especially those which are truly sublime.

The JPS Harmonic Synthesizer is a product of Jiggery-Pokery Sound.  I have a number of their products (including three different organs and two effects) and all are outstanding quality and value.