In the past, I’ve always used the keyboard that came with my computer.  The only exception was years ago when I bought a special keyboard that had a small piano keyboard (which could be covered to form a hand-rest) that connected to the computer and could play musical notes and chords.  It was handy for me as a quick way to enter MIDI notes into music programs at a period in my retirement when I was very keen on trying to create music.  That keyboard went years ago (as did my attempts to outdo Beethoven).  Apart from that, I’ve always used the keyboard that came with whatever was my computer at the time.  That is, until the new computer which I bought in June last year but didn’t start using until July this year.

All was well and I was very happy with the new keyboard until a few days after my new neighbours moved in.  The man of the house called around to see me about something, I invited him in, and I offered him the only chair in the house – my computer chair.  He did a bit of typing on the computer to show me something and I noticed his fingers were flying over the keys while he watched the screen.  He is a touch typist.  He told me that he uses a mechanical keyboard as it helps him type quicker and more accurately so that he can concentrate on what he is writing about.  I had never heard of such a keyboard.  I had a metal picture of some strange contraption with mechanical typewriter keys and levers on a device that could be connected to a computer.

He showed me a web page for a mechanical keyboard.  After he left I began Googleing mechanical keyboards and the brand he showed me (DasKeyboard).  I found some keyboards had cherry red switches.  I later realized that Cherry was a brand name.  There were Cherry MX Blue switches, and red, green, brown, grey, black and clear.  Cherry MX Blue was the clickety one favoured by most touch typists.  Cherry MX Red seems to be the one favoured by gamers.

This week I bought from Scorptec, a DasKeyboard 4 Professional with Cherry MX Blue switches.  This model only takes up one USB port on the computer, and has two USB 3.0 port outputs.  It also has characters on the keys.  The Ultimate model has black keys without characters on any the keys – surely a challenge even for a touch typist.  However, I was very disappointed to find that the markings on the Professional are as difficult to read as the markings on the HP keyboard that came with the computer. 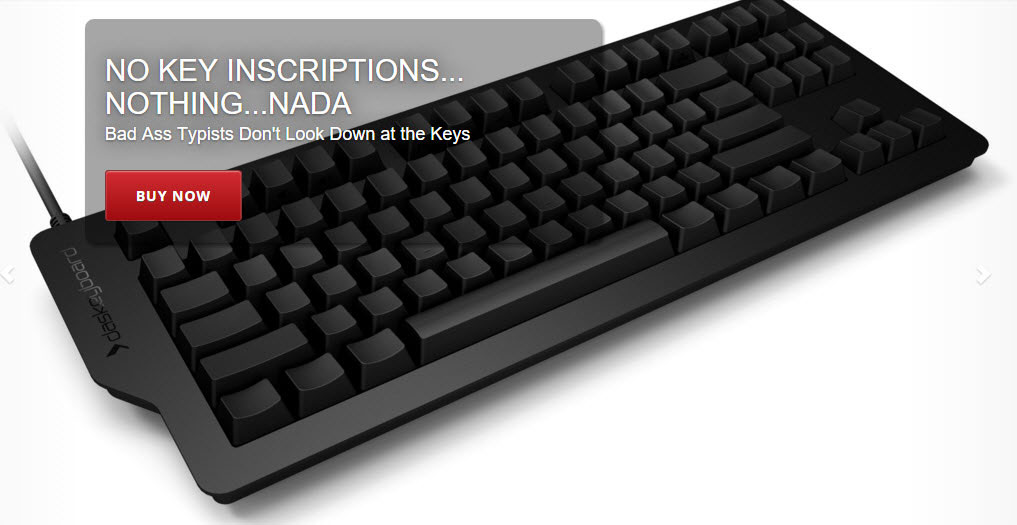 So how do they keyboards compare for typing?  There is no comparison when it comes to feel.  The mechanical Cherry MX Blue keys are a delight to use.  After 30 minutes typing with these keys, the membrane keys of the Logitech keyboard felt dead and lifeless, and not at all responsive.  They gave no feel or feedback to my fingers, and it was a strange feeling.  However, after returning to the Logitech keyboard for a longer period I found that I got used to it again, and my typing was more accurate because I could see what keys I was aiming for.  On the DasKeyboard the dull shine of the keys made them as hard to see as if there were no markings at all.  Perhaps it would train me to be a touch typist?  I woudn’t bet on it.

However, when I bought the DasKeyboard at Scorptec I noticed that all the staff were using illuminated keyboards.  This would solve the problem of not being able to see the keys in dim light – which was certainly the case at Scorptec where the lighting is atmospheric.

I did a night of researching illuminated mechanical keyboards and they all seem to be gaming keyboards.  Some have Cherry MX switches and others have their own proprietary or Kaihl switches.  The new trend seems to be in RGB keyboards with 16.7 million programmable colours.  The Corsair system seems to be the most complicated with a large user manual and it apparently takes hours to set up a simple colour display.  It seems that many gamers are not content with a simple choice of colour and brightness to illuminate the keys.  Then they complain that the software is complicated. (Note: I subsequently found that setting up the colours in the Corsair is simple and only takes seconds, unless you play around experimenting).

For the time being I am battling on with the DasKeyboard and not being able to see the keys clearly, so I have to guess what keys I am hitting.  To my surprise, I am doing quite well with my speed (relatively speaking) and accuracy, even though I am certainly not a touch typist and don’t use the correct fingers for the keys.  The one thing I have no doubt about is that the DasKeyboard mechanical keyboard is much nicer to type on that an ordinary membrane keyboard.

If only I could see the letters on the keys.  I won’t be putting the Logitech membrane keyboard into storage any time soon.  It’s not a nice keyboard to type on – in fact it now feels flat after I’ve used a mechanical keyboard – but it’s only a week ago that I don’t know any better and thought it was a great keyboard.  My Logitech feels flat simply because that is the way the keys work and how they are supported and sprung – the keys are almost flat with the keyboard frame and only need shallow press to activate them.   A mechanical keyboard has a more complex action and they activate the key during the keystroke before they reach the bottom.  In fact there is no need to go to the bottom once you get used it.  On the other hand, a membrane keyboard doesn’t activate the key until it reaches the bottom of its travel and hits the base.

There are quite a few YouTube videos explaining it, but I found this to be the most useful in explaining it all, and it’s a very high quality HD video.  The young man also says something at 7 min 53 secs that really amused me.  I liked his turn of phrase – much my colourful than holding up a hand with index finger and thumb almost touching, to say “You came this close to …..”.

There are some interesting articles in the following links that explain it all better than I can: