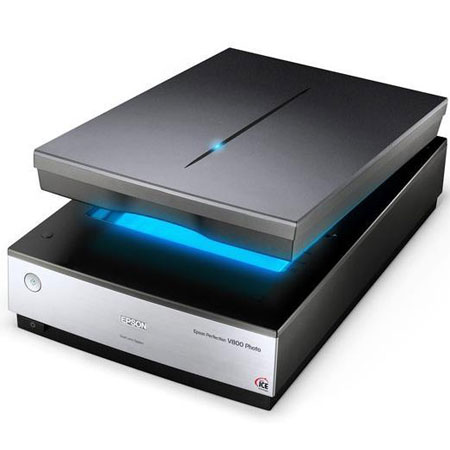 My Plustek OpticFilm 8200i Ai film scanner only scans 35mm slides and film.  So, in February 2015 (last month) after a lot of thought and Google searching for reviews and opinions, I bought the Epson Perfection V800 Photo scanner so that I could scan the old 620 and 120 roll film negatives I have going back to my Kodak Box Brownie days.  I also have some 120 roll film negatives taken in the 1950s and early 1960s with my Flexaret twin lens reflex, and a box of medium format positive transparencies and negatives taken in the second half of the 1970’s when I had a Mamiya RB67 camera (with Polaroid back for taking test shots).

However, I was also interested to find out how well the V800 could scan 35mm slides and film.  I had found in looking through prints and film in packets supplied by film developers, that I had great difficulty when looking at all the negatives to find any particular one I was looking for.  Furthermore, I found it difficult to impossible to tell from the negatives what they would look like and if they were worth scanning.  I had no desire to put a film strip in the Plustek and scan 6 negatives one by one to see what they looked like.  By contrast, with the Epson V800 its 35mm film holder would enable me to scan 3 strips of 6 negatives at a time and compare them all at once on screen.  The V800 also has a 35mm slide holder which holds 12 slides.  The roll film holder has one “strip” for holding 120 film and the number of shots it can hold depends on the film format (in cms – 6 x 9, or 6 x 7, or 6 x 6, or 6 x 4.5).  There is also a holder for one sheet of 4″ x 5″ film.  The holders has sliders at each corner that can be used to adjust their height to focus.  There is also a positioner for a sheet of 8″ x 10″ film. 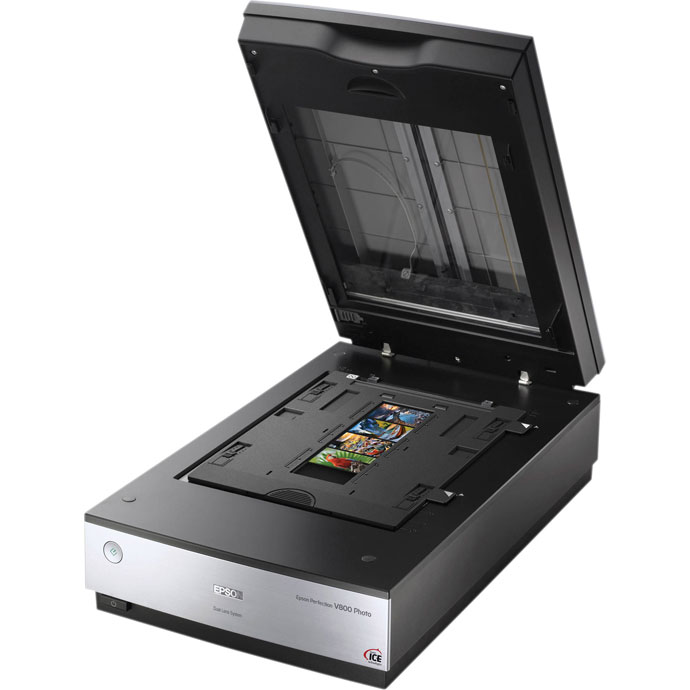 The photo above (courtesy B&H) shows the roll film holder in place). Very importantly, the 35mm and roll film holder strips are completely open.  That is, unlike the Plustek and other scanners I’ve used or seen, they do not have plastic dividers where the manufacturer thinks there should be a space in the film between shots.  Nice in theory, but I have found that the shots in some film strips do not always line up with the spaces – I suppose it depends on how consistently the film was wound on to the next part of the unexposed film..

Well, the above was my reasoning for buying the Epson Perfection V800 Photo.  But I was also curious to find out how well it performed, as I had read so much about the Epson Perfection models over the years.  If you are wondering why I choose the V800 and not the slightly more expensive V850. the answer is simple.  Epson Australia do not import the V850.  They didn’t import the previous top end model, either – the V750.  I rang Epson Australia and no-one I spoke to was able to give a reason, or if the policy would change in the future…

I do not intend to try to review or report on the V800 as there are a number of very good reviews that can be found with a Google search.  What I was interested in when researching was how does the V800 compare with the Plustek 8200i Ai, and I found very little to help me other than the standard “dedicated film scanners are better than flatbed scanners” type of comment.

After trying the Epson V800 it seems to me that the Plustek might have a very slight almost imperceptible edge in relative  “sharpness”.  I use the word “sharpness” in quotes as none of my scans come close to the razor sharpness of my 2014 digital camera photos.  But I’ve come to realize that I have to expect this, because I am scanning analog material (film) from the 1950s to 1970s  taken with much cheaper cameras and lenses than I shoot with today.  And I understand that the conversion to digital loses some detail in the process as neither the Plustek or the Epson use high resolving $3,000 macro lenses that can focus accurate on the film.  If you want such a scanner, the Hasselblad Flextight X5 Scanner could be the one.  In Australia you can get it here, and in the US you can get it from B&H here.

I have read in many paces, and I have come to believe it, that what counts most regarding the quality of scanning results is the ability of the scanner operator, whether it be a lab technician or you or me.  When it comes down to it, the most important thing is the content.  I don’t care if scans of the old, long unseen photos of my Mum and Dad,,and my relatives, and fmy youth are not razor sharp.  What I care about is the fond memories that either scanner is bringing back to me, with surprisingly good quality – especially with post -processing in Photoshop where necessary.

If you are reading this post because you are considering buying one or the other scanner, then this is the section you are looking for.

The following is a colour slide I took during a trip home at Christmas in the 1960s with my first SLR.  It was scanned with Plustek 8200i. 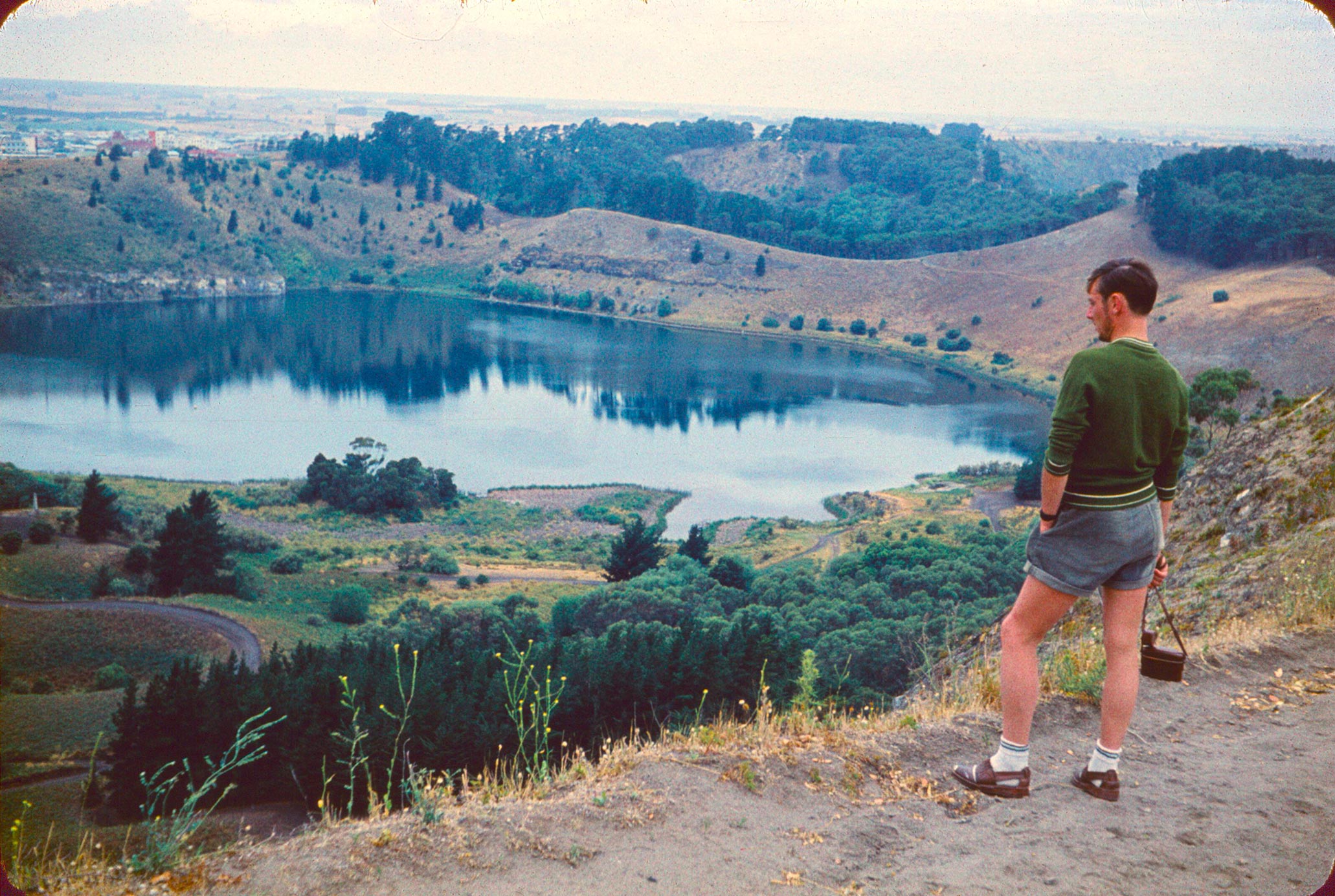 Here is the same slide scanned with the Epson V800: 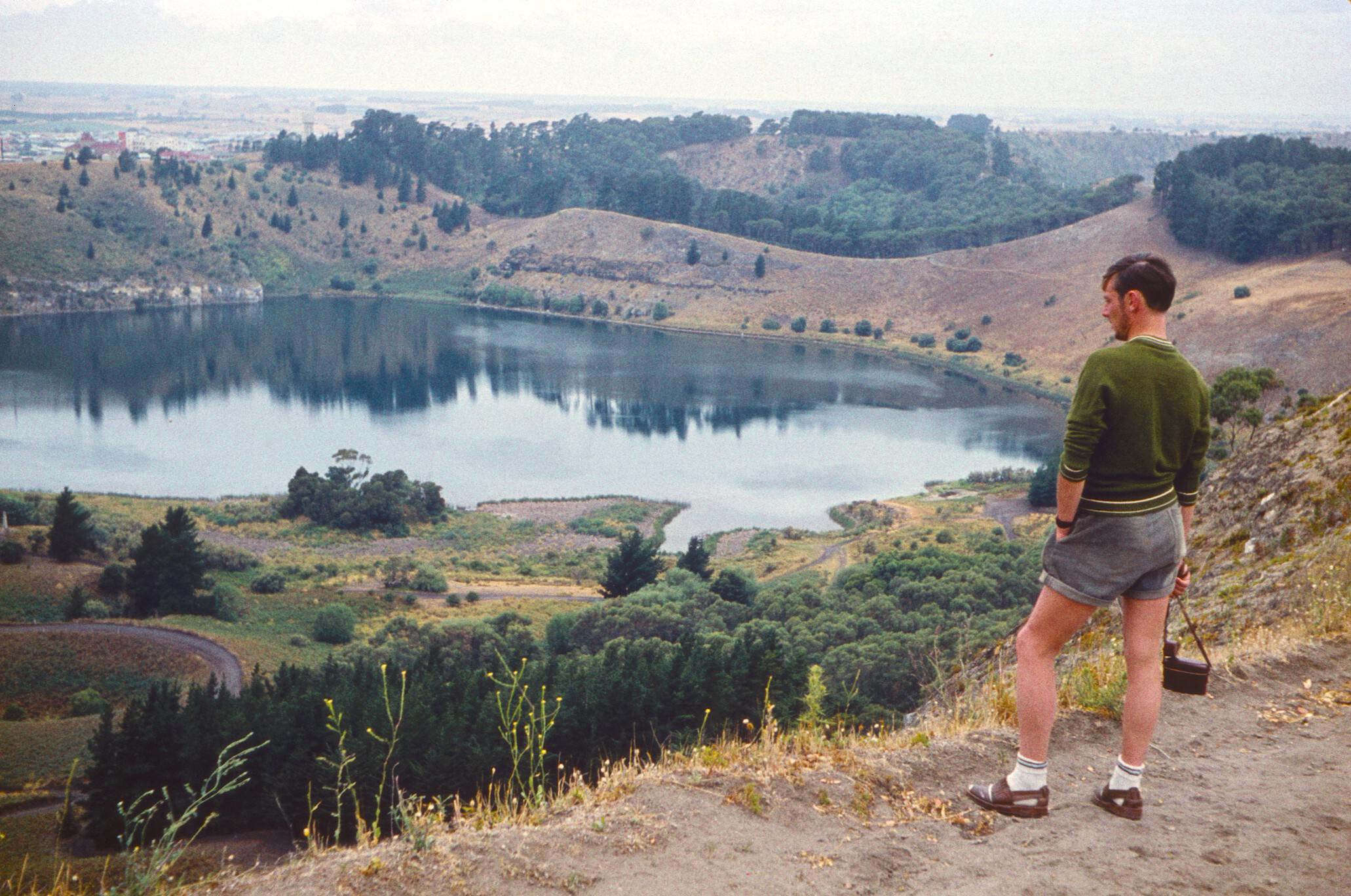 The photos can be enlarged by double clicking on them.

After scanning many 35mm slides and negatives I have formed the view that the scan quality is about the same for both scanners.   If there are differences in sharpness, I think they might be in favour of the Plustek 8200i but they are too small to be relevant for my purposes.  However there is a big difference in the scanning software and the results achieved from the settings I use.

The Epson V800 is far more flexible in what it can scan, including magazines, photo prints, documents and so on.  Very useful for me is the fact that the Epson can scan 3 strips of 35mm film,, or 12 mounted 35mm slides, at once – whereas the Plustek can only scan one individual slide or film frame at a time.  Also, with the Plustek I always put the slides or film back in their boxes or folders after a scanning session to protect them from dust; but with the Epson V800 I consider the scanner lid is good protection and leave the slides or film in the scanner until I am finished with them.

So, for me, both scanners are near enough to equal quality from what I have seen, but the Epson V800 is more versatile and more convenient to use.

As for the general opinion online that dedicated slide and film scanners being better than flatbed scanners, I think this comment belongs to the days when there was a choice of an ordinary flatbed scanner or a dedicated film or slide scanner costing $2,000 or more, such as the Nikon CoolScan.  An important feature of the dedicated scanners was that they could focus on each individual slide.

When reading articles commenting on scanning, it is important to look at the date of such articles.  I found that most articles stating that dedicated scanners were better than flatbed scanners were written 10 or more years ago when there was a real choice.  For the record, Amazon do sell a number of Nikon CoolScan models currently ranging from $700 used to about $9,000 new (as in unused old stock), however I understand from review comments that they will not work with the more modern Mac or Windows OS software.

When it comes to scanning software, the Epson V8 came with its own software and the Plustek 8200i came with a full version of Silverfast Ai Studio 8 (which will only work with that scanner).  I decided to try Vuescan, which is held in high regard by many and you can even buy Kindle book as a guide for using it.  I haven’t done enough scanning to become thoroughly familiar with any of the software, and I find each of them a bit fiddly and cranky to use in their own way.  I think a source of confusion with Silverfast can be that it goes much further than Vuescan in its settings and ventures into Photoshop territory.  Silverfast comes with a 35mm transparency calibration slide.  Vuescan can be used with any scanner, but a copy of Silverfast has to be bought for each type of scanner it supports.