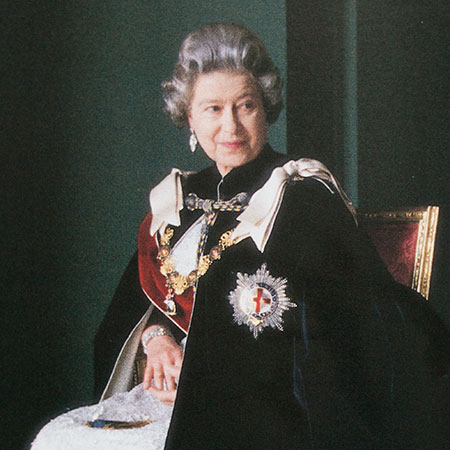 In my last post I featured a photo from an article in The Times regarding photographs taken by David Secombe for the book Elizabeth R and a BBC documentary prepared in 1991.

The YouTube video of the documentary follows below, but I have to add more text to make the page work correctly, so:

An article in The Times today started with:

She made history yesterday: and with the modesty, humility and lack of ostentation that have been the defining characteristics of her reign — now the longest of all — the Queen gave history a gentle, passing wave, and moved on.

The Queen always made it plain that she never wanted any fuss to be made about her passing Queen Victoria’s record as the country’s longest-serving monarch.

As she responded yesterday to the weight of public expectation by emerging from her summer break at Balmoral to carry out a day of engagements in Scotland, she made it clear that it was never a record that she set out to break.

She took time to address an audience that included Nicola Sturgeon, Scotland’s first minister, at the new railway station at Tweedbank, where she was opening the £294 million Borders Railway. She said: “Prince Philip and I are very grateful for the warmth of your welcome on this occasion. Many, including you first minister, have also kindly noted another significance attaching to today, although it is not one to which I have ever aspired.

“Inevitably a long life can pass by many milestones; my own is no exception. But I thank you all, and the many others at home and overseas, for your touching messages of great kindness.” 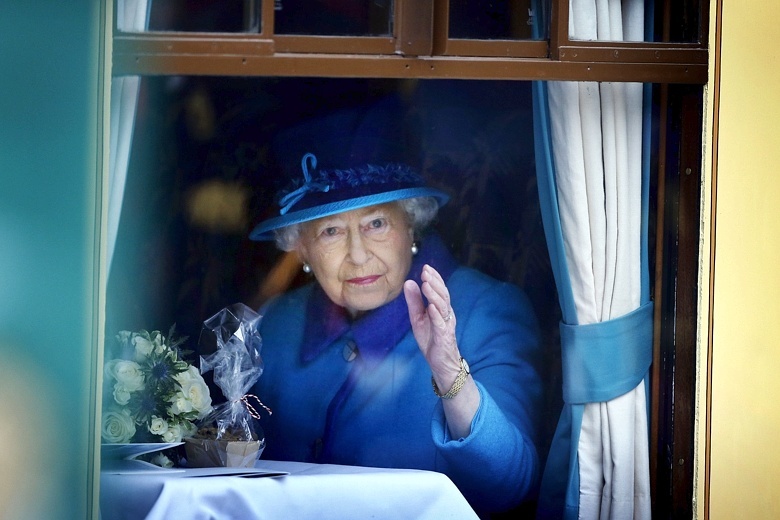 Another article started with:

When Queen Victoria became the longest reigning British monarch in 1896, the news took weeks to reach the far corners of her empire and went unnoticed in much of the rest of the world.

When her great-great-grand-daughter broke the record yesterday, the achievement was marked and analysed instantly all over the globe.

In Germany, the image of the Queen reading papers from her red box was photo of the day on the front of Bild, Germany’s biggest-selling newspaper.

“Today we are all curtsying,” it declared. “England’s Queen rocks!”

Below are photographs I took today of the book and some of the pages in it. 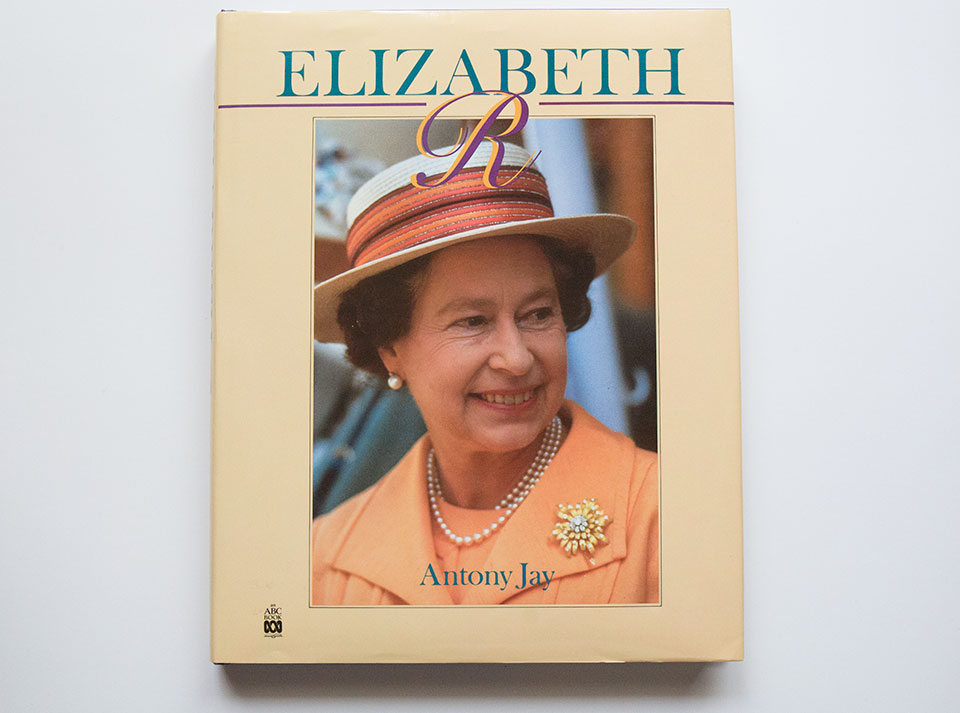 The book of the BBC documentary 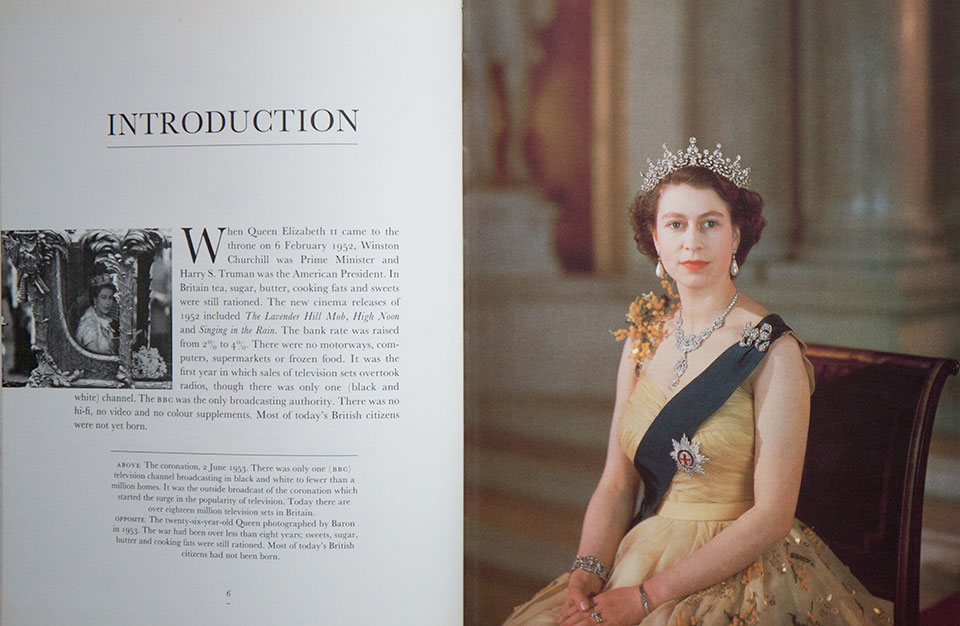 Introduction, with the Queen wearing her Australian wattle gown and flower spray 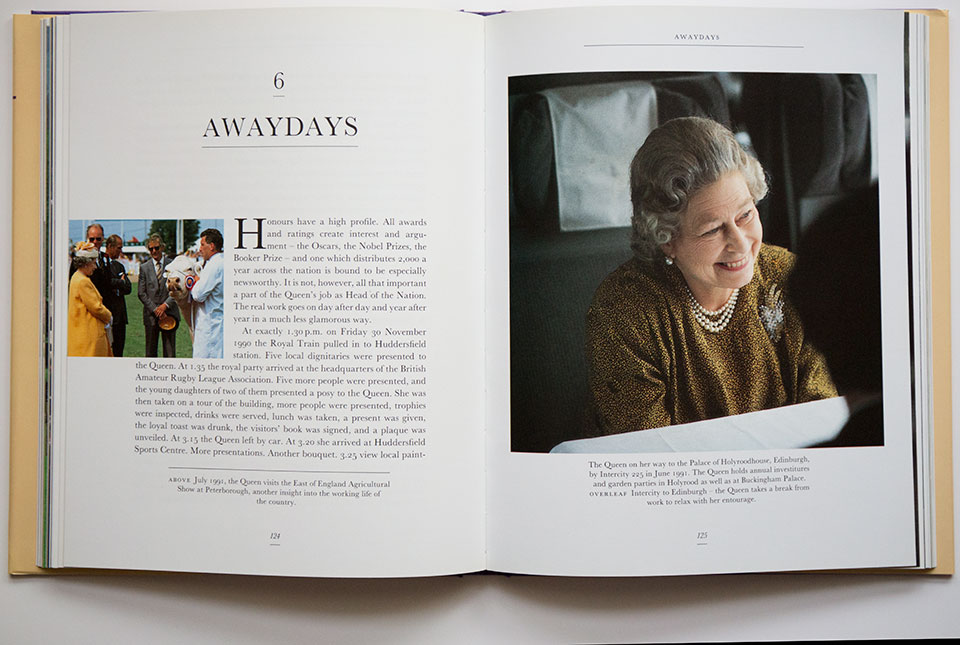 The page with the featured photo of my previous post. The queen is on a train. 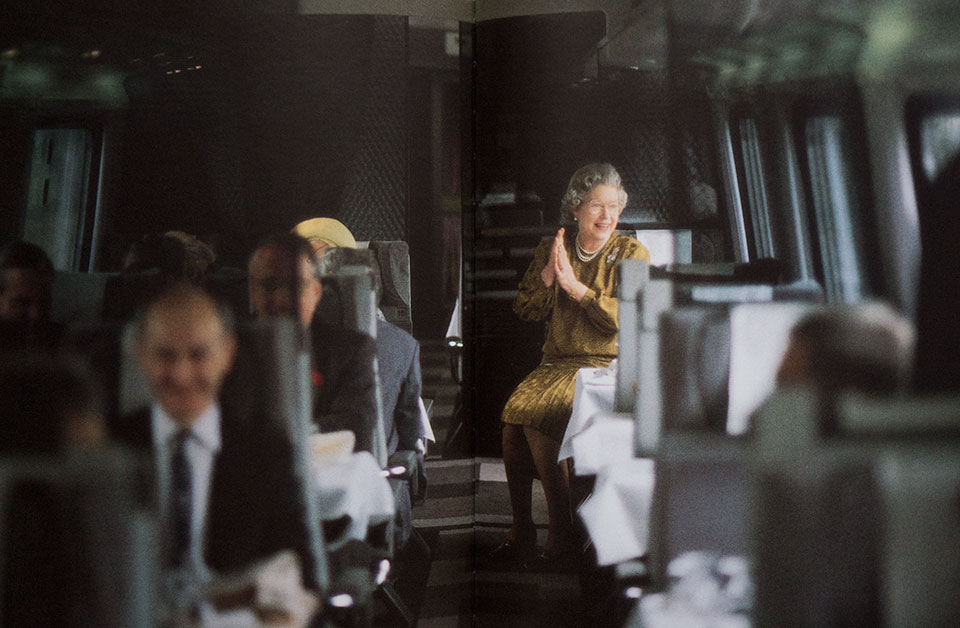 Another view in the same train 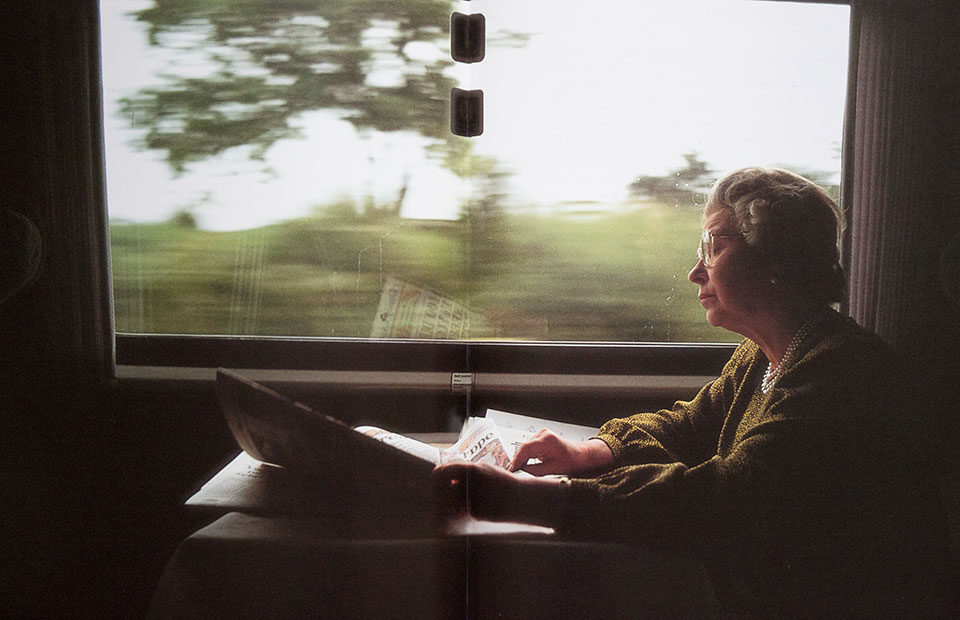 The Queen relaxing in the train 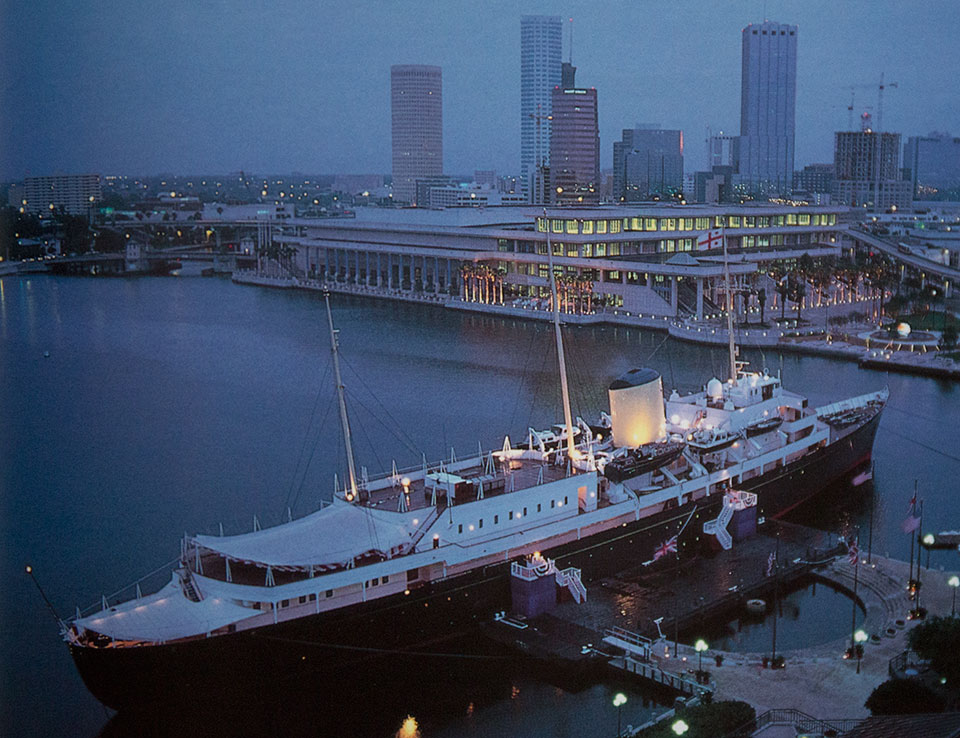 The good old days when the Queen has a yacht – the Britannia, seen here in Florida 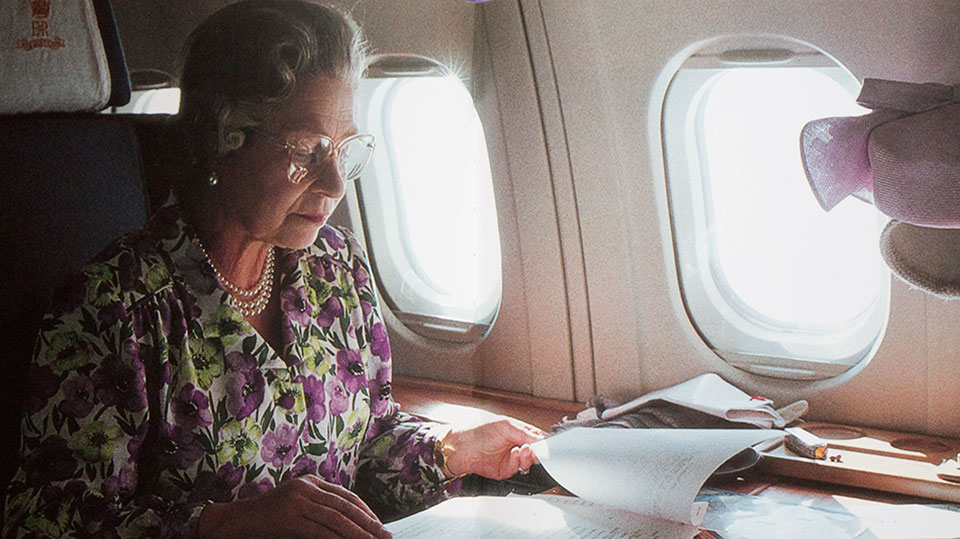 The Queen reviewing papers on a plane 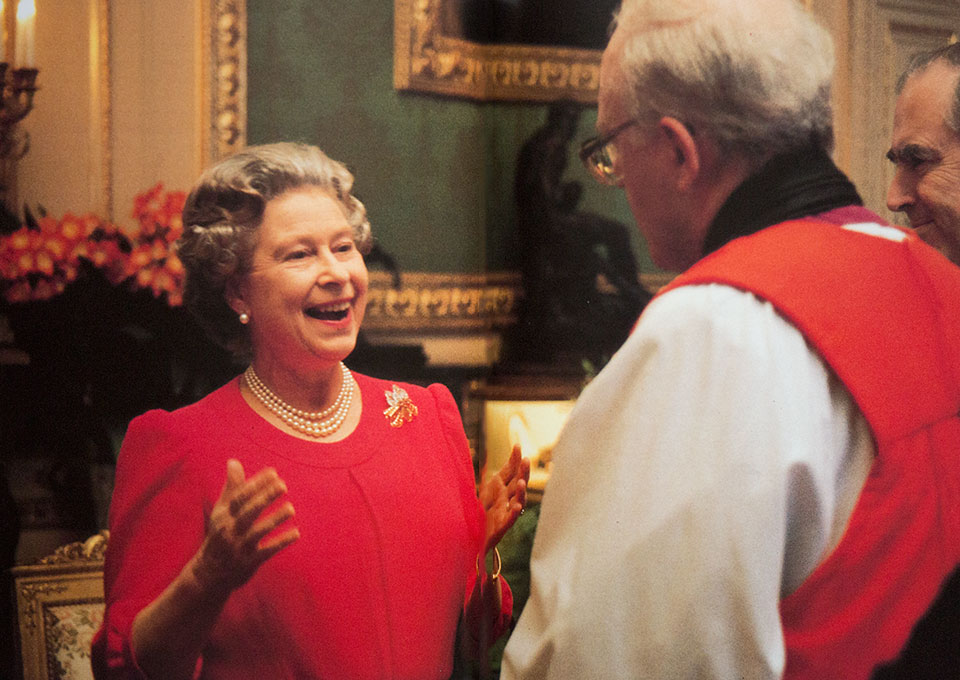 With the Archbishop of Canterbury 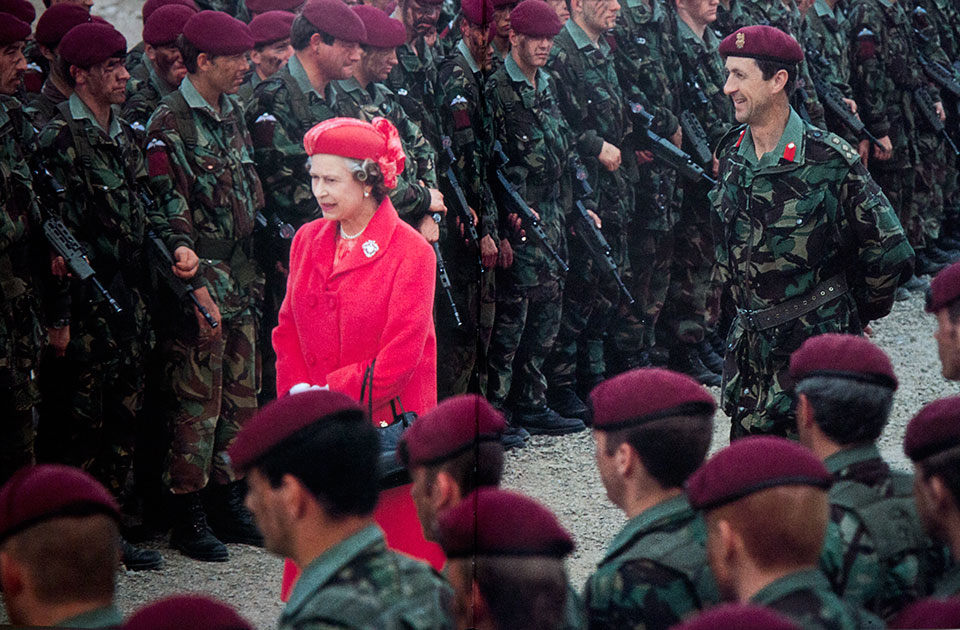 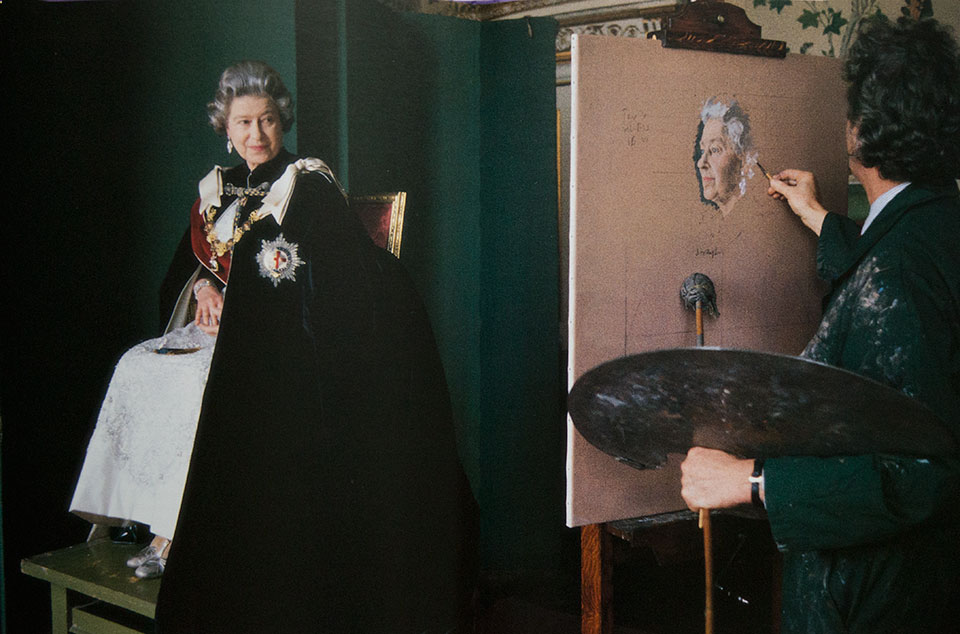 Sitting for a painting, in the robes of the Order of the Garter 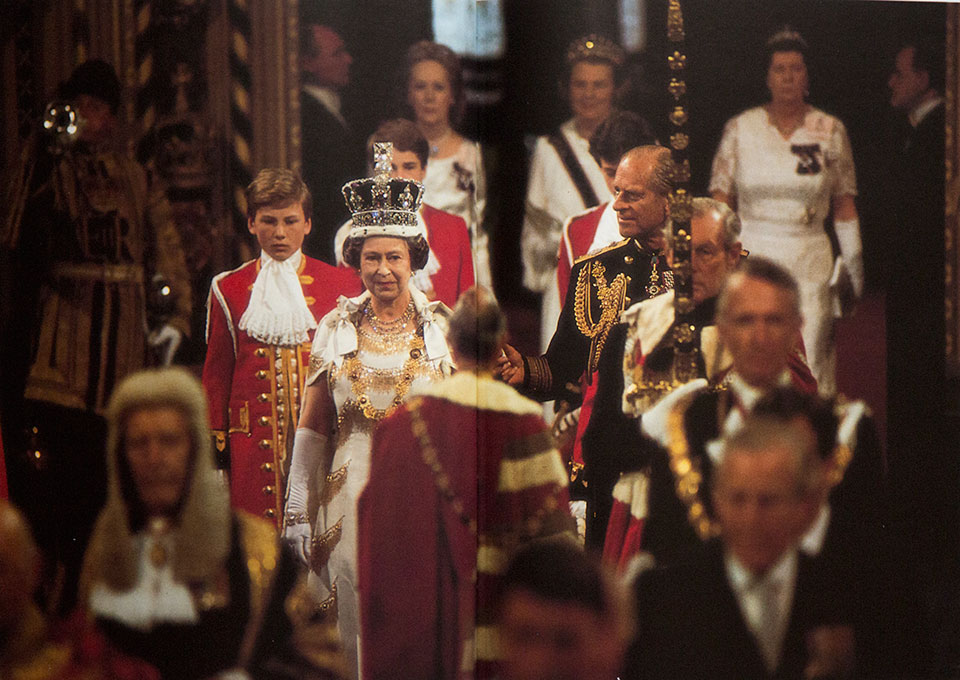 At the opening of Parliament 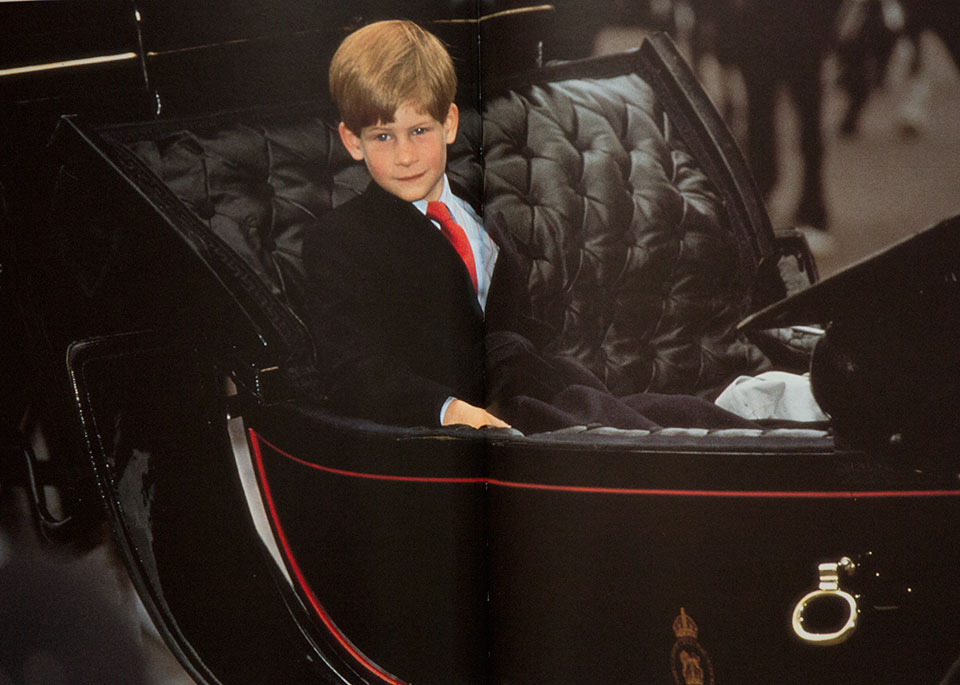 I liked this photo in the book, so I decided to include it. Prince Henry.. He looks so young and innocent – or has he already got that look in his eyes. 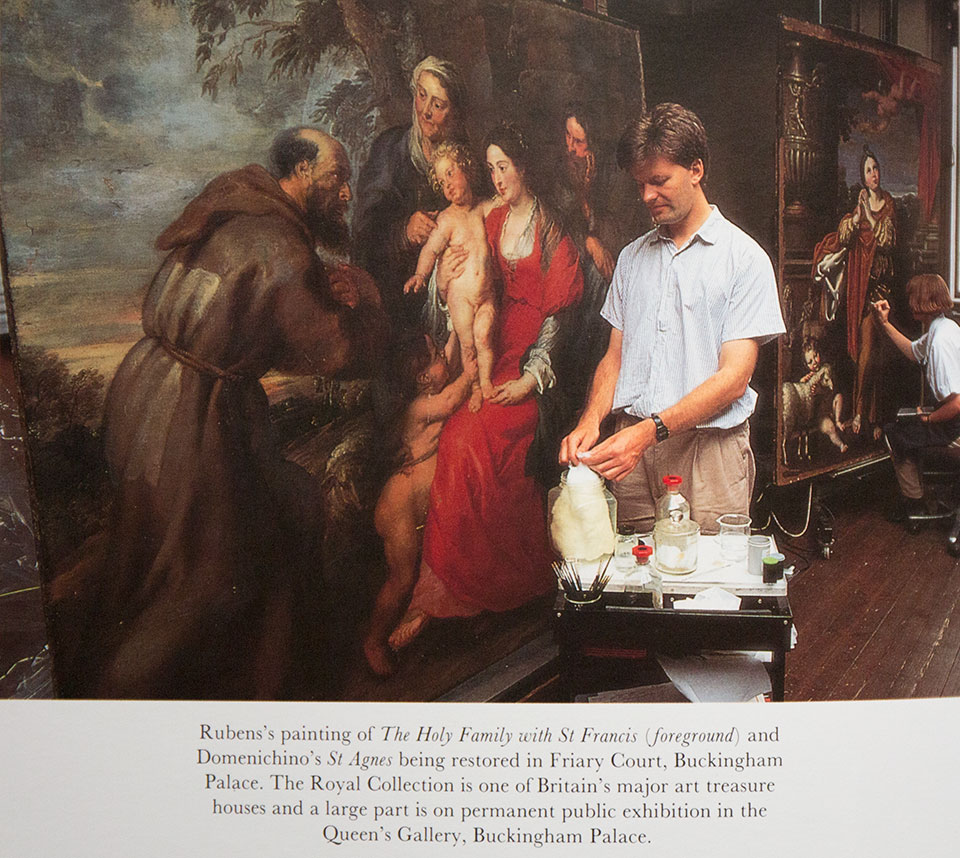 The above photographs of the book and pages were taken by me with my Canon 5D Mark II using a Canon EF 24-70mm f/4L IS USM Lens.

Finally, today I came across a YouTube video of a 1993 documentary that invokes sentimental and emotional feelings in me, and for me represents how I felt in London. I bought the VHS tape of it when I was in London in June 1993, staying opposite Hyde Park and near the locations of may parts of the video. And I loved the soundtrack so I bought the CD of it as well. A few years ago I watched the premiere episode of Lewis, the TV series in which Sergeant Lewis from the Inspector Morse series is now an Inspector, and I was instantly struck by the theme music. It was very similar to that of Days of Majesty and it brought the memories and emotions of my trip to London flooding back.. I did some research and found the the theme music in both programs was composed and conducted by the same man, Barrington Pheloung. He also wrote the theme music for the Inspector Morse series, but I didn’t realise that until today.  Mr Pheloung was born in Sydney, NSW, in 1956 and moved to London at the age of 18 to study at the Royal College of Music.