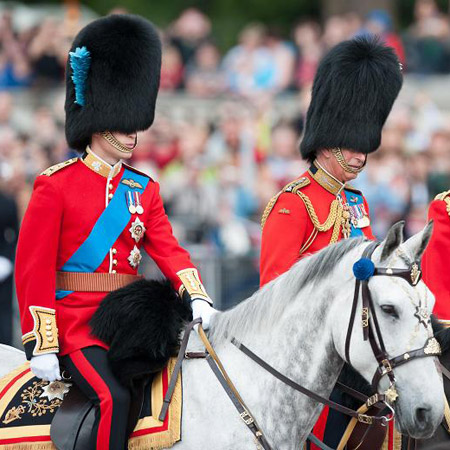 If you visit this site from time to time you might have wondered why I have not made a post about the Queen’s Jubilee over the big celebration 4 day holiday weekend in the UK.  Well, it’s Jubilee year, and the Queen ended the official celebrations early to avoid conflict with the 2012 Olympics to be held in London.  But for me, there is plenty of time yet for me to make my Jubilee posts.  I’ll start with the Trooping of Colour held last Saturday in London to celebrate the Queen’s 86th birthday in 2012.

Here is a privately filmed video that shows some of the excitement of the day among the crowd outside Buckingham Palace on Saturday 16 June 2012.  The photographer stayed put in the general area.  What intrigues me is that the Queen took a salute in front of the Palace before proceeding to the Trooping of the Colour at Horse Guards Parade off Whitehall at the other end of the Mall.  The video stands up well to HD and full screen.  Thanks to Jeff Smith of London for the video on You Tube.

Here’s another very good private video from the front of Palace, which also looks well in HD and full screen.

Now, if you would like to see the main ceremony of the Trooping of the Colour for 2012, then all I can find is the following superb video.  Unfortunately for many of us, we won’t understand the German narration.  But the spectacle and music is universal.

Yes, the video is 52 minutes long.  But if you change the quality to HD and make it full screen, you are in for a treat.  And with some computers you can connect it to your TV.   Or click on the YouTube logo to change to their website.

In the above video the music has a stereophonic atmosphere.

Here’s a video of the ceremony held in 1986 when we were all much younger (and some readers might not have been born).  It must have been truly wonderful in those days to see the Queen in military uniform ride down the Mall from the Palace on a horse to attend the ceremony.   She wore a full length dark skirt and rode sidesaddle.  The Queen Mother and Princess Margaret went by open horse carriage.

In view of Ralph’s appreciative comments below, I’ve decided to add some still photos from The Telegraph (http://www.telegraph.co.uk/) which I think is a wonderful source of interesting photographs and news.  The second photo, a close-up of the carriage, is from The Times (to which I subscribe).  I check both these papers every day, and I’ll look forward to their coverage of the Olympics. 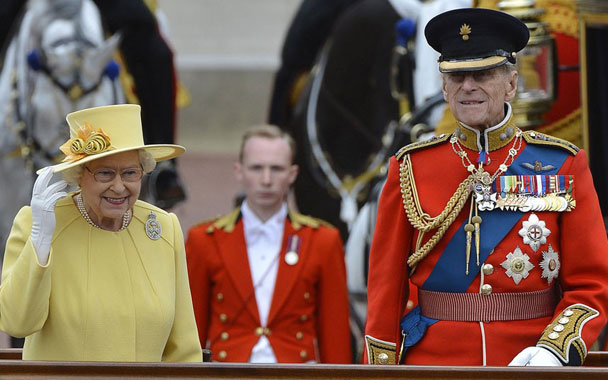 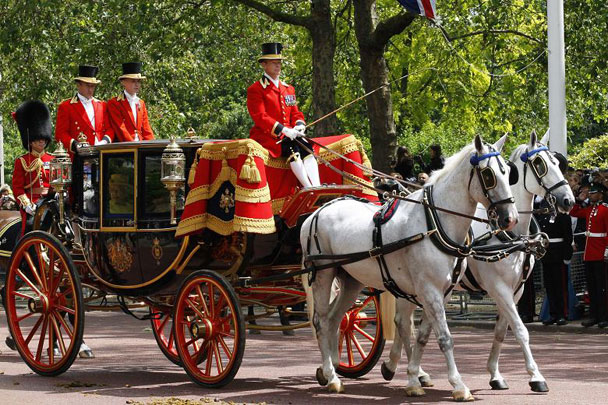 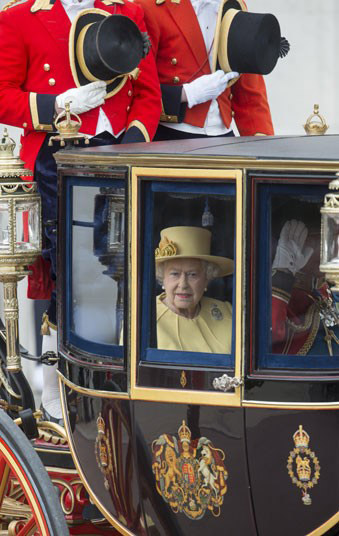 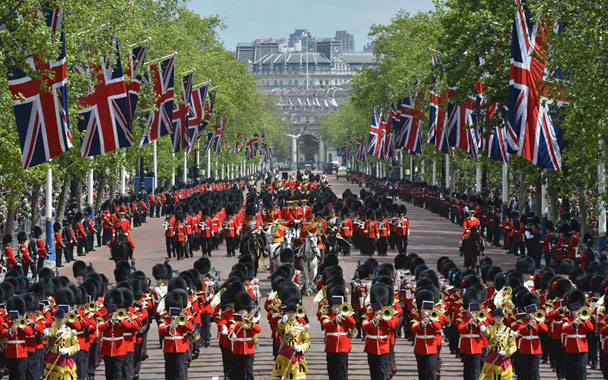 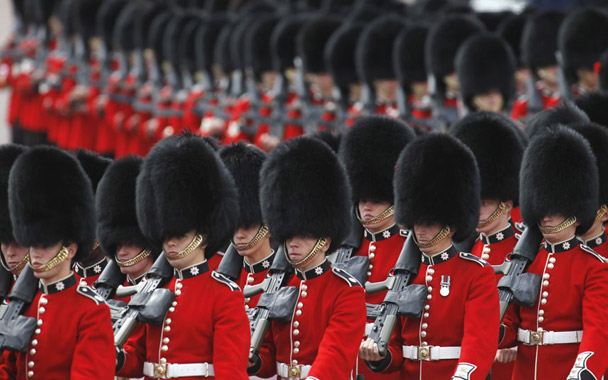 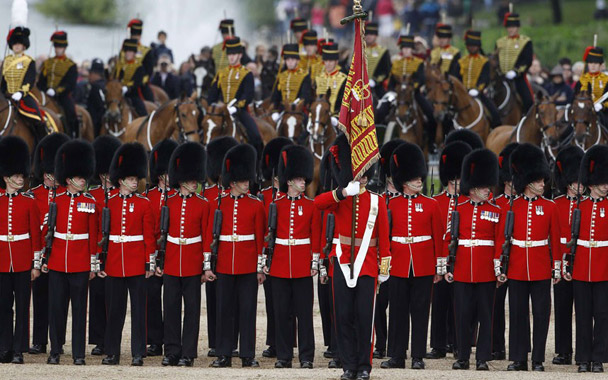 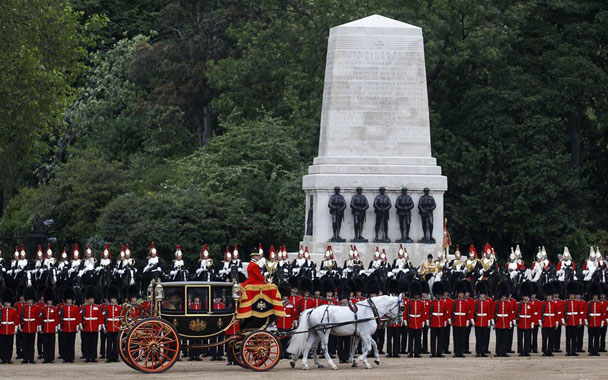 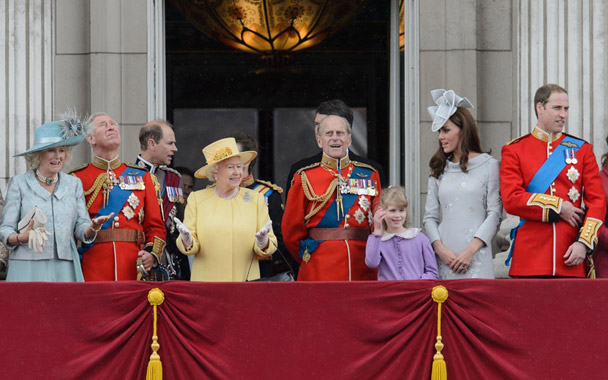 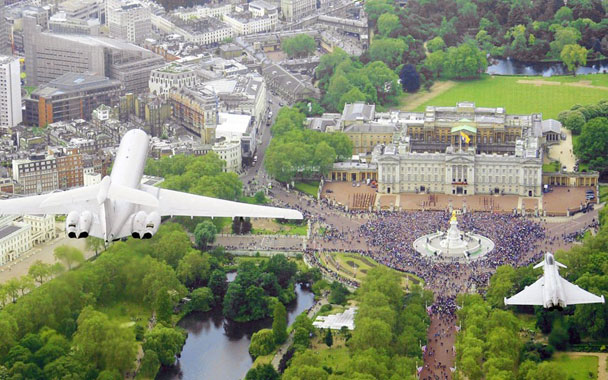 One of my frustrations with the magazine layout of my WordPress blog site is that I keep the post size to this fixed width to make it easier to read.  But it does make the pictures smaller (although faster to load).   So here is another photo for the flypast salute at its full size as seen on The Telegraph website. 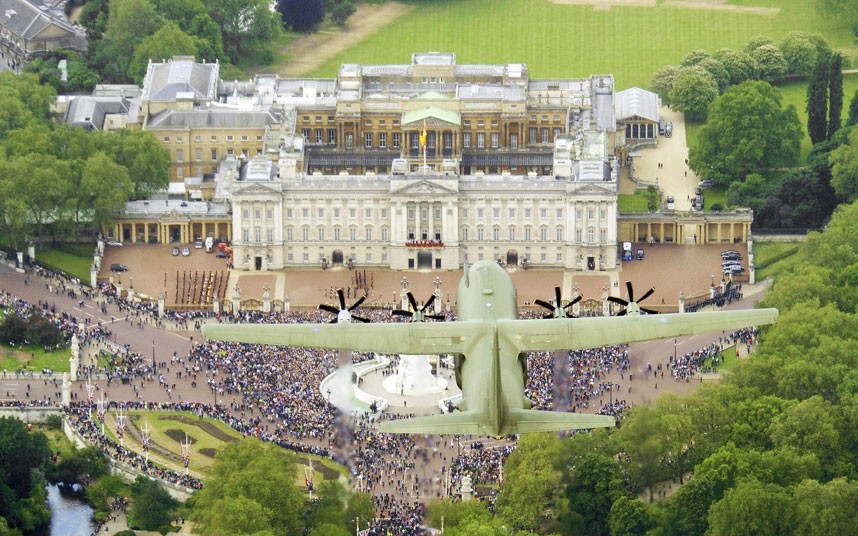 Tonight I found the full filming of the Trooping the Colour ceremony in 2012, the Queens’ Diamond Jubilee Year.  It’s in 3 parts and they have more content than the ceremony itself.  Part 3 is the most spectacular as it has has scenes of the Jubilee Rock Concert, River Pageant, previous Trooping of the Colour ceremonies, the flyover and what impressed me most of all when I saw the event in 1993, the Gun Salute in Green Park near the Palace.