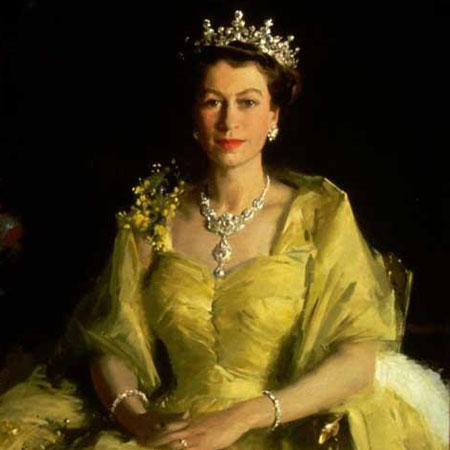 Today marks the 60th anniversary of the Queen’s accession to the throne, and the death of her father, George VI.

It was 60 years ago today that King George VI passed away, and his eldest daughter, the Princess Elizabeth became Queen Elizabeth II.   She was in Kenya with the Duke of Edinburgh at the time, on the way to Australia.  I was a 14 year old boy just beginning my third year (Intermediate, as it was called then) at high school.  The Queen and the Duke flew home to London and were greeted at the airport by officials, including the British Prime Minister, Winston Churchill.

The above video is interesting in that when Princess Elizabeth became Queen, she was asked how she wished to be known.  She chose her own name – Elizabeth.  But her father, Price Albert, chose to be known as King George VI, after his father George V.  Some years ago I read that if and when Prince Charles comes to the throne, he might choose to be known as George VII rather than Charles III, because of the unhappy history of the previous Kings named  Charles.

One of the formal ceremonies was to proclaim Princess Elizabeth as the Queen.  The Proclamation at St James Palace in London is shown below.  Another proclamation was held at Windsor.

Something that has never struck me before is that people younger than me might not appreciate this event in the way that I do, because they never lived through it.  I was born in 1937 about 11 months after George VI came to the throne.  I grew up and was educated at a primary school where we had morning assembly and swore allegiance to the King.  Our school book had  formal colour portraits of  King George VI and his consort Queen Elizabeth (who became known as the Queen Mother).   When the King died I was 14 years old and understood the situation.

At the time I used to subscribe to The Illustrated London News – a weekly news magazine – through our local newsagent, and so I saw all the details, news and photos in the ensuing 16 months leading up to the Coronation on 2 June 1953.  I was fascinated by the whole thing.   Forgotten now is that the aristocracy – the dukes, earls, viscounts, barons, baronets and so on – had to order their robes and coronets for the Coronation ceremony.  As you can imagine, not all could afford the best, and some had to hire.

I was fascinated by the whole thing.  This included the planned decorations for London streets and buildings, the annexe built for the entrance to Westminster Cathedral (where 38 coronations have been held, the first recorded one being that of William the Conqueror in 1066), the history, the traditions, the souvenirs, the music, and ultimately the Queen herself.

The 60th anniversary of her Majesty’s accession to the throne go off to a big bang in London today when the King’s Troop Royal Horse Artillery fired a 41-gun salute in Hyde Park.  The photo below, from The Times, shows that it’s cold winter in Britain. 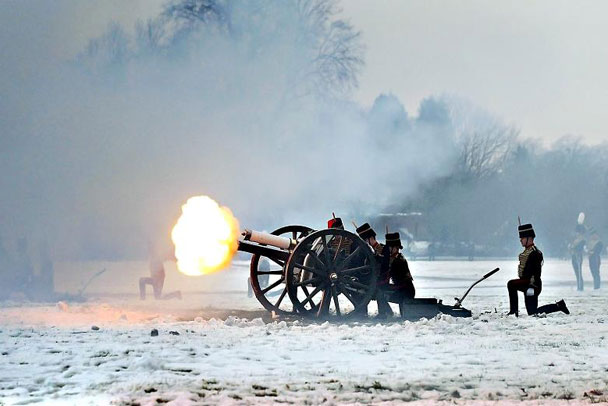 Below is the Queen’s official portrait commissioned for the Diamond Jubilee.  Also from The Times. 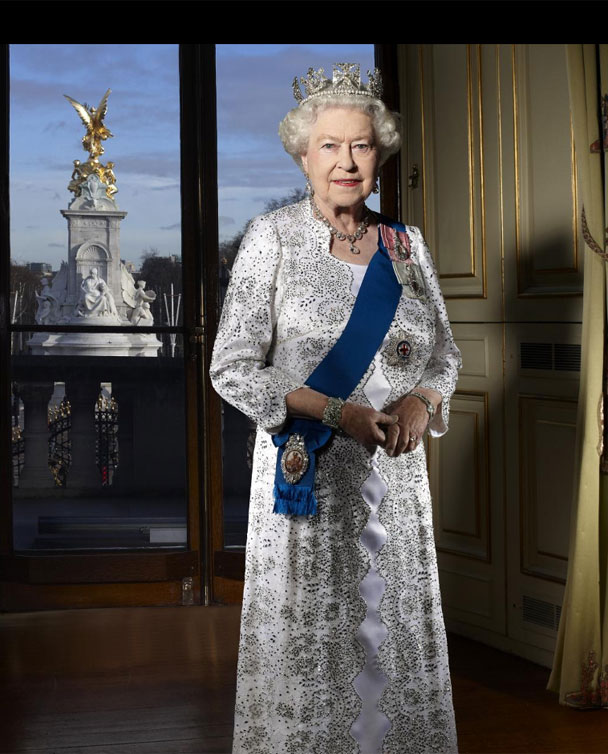