The above photo shows how the composition side of it was done.   I mounted the GH1 on a tripod and spun the LCD screen around so that I could see myself, and then I adjusted the tripod head direction and height and the lens zoom so that it captured the image framing I wanted.

Instead of taking individual photos using the self-timer and having to go back and forth to take shots, I turned on the GH1 video to film in HD video (1920 x 1080 pixels).

After that was over, I selected the frames I liked best from the 6,785 frames taken.

During the shoot I changed my position and distance from camera, making use of the GH1’s continual autofocus.

I also have to pay tribute to my optometrist, Justin Maher of Glen Huntly Eyecare.  The glasses he prescribed for me earlier this year don’t show any reflections.

The selection process from nearly 7,000 frames might sound like a daunting task, but it was quite easy>  All I had to do was scroll through at the video and there was very little I liked.  I used Vegas Movie Studio Pro for the editing because it was less demanding on my old computer with 2GB of RAM..  Adobe Premiere Pro is too resource hungry to cope with HD on my PC. 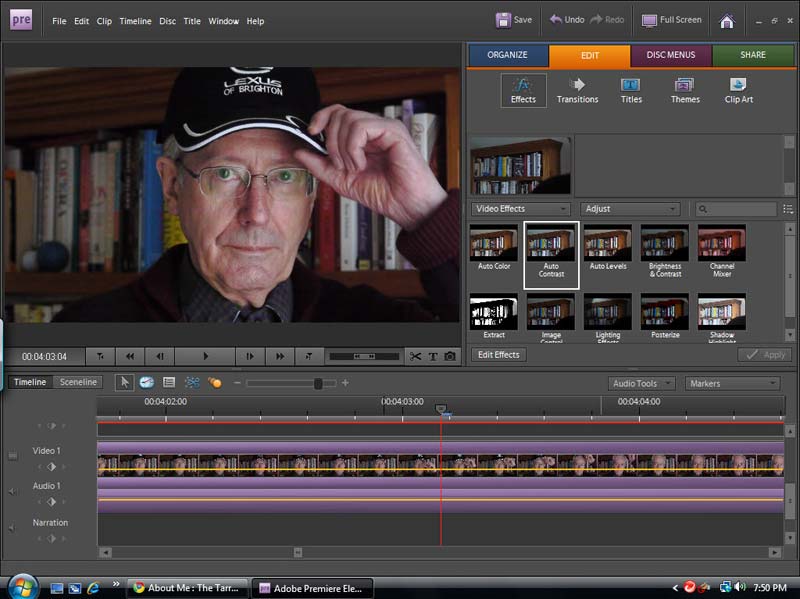