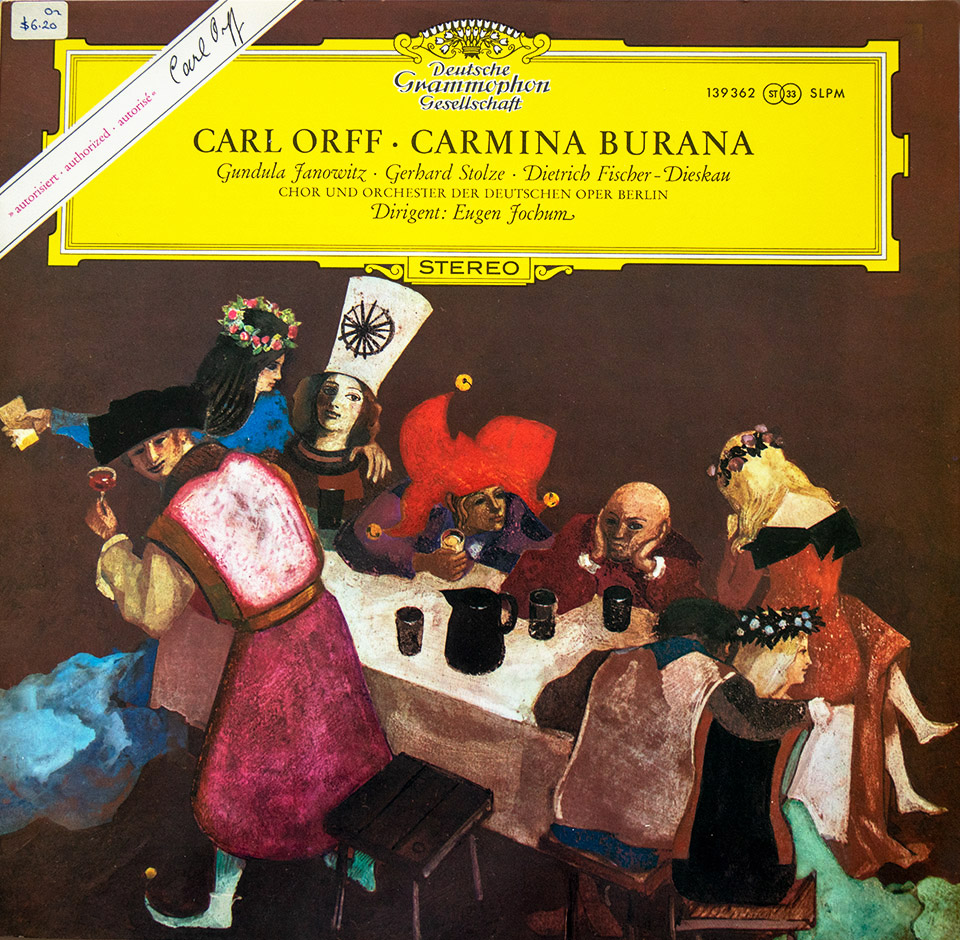 This was recorded from an LP that I bought in the 1970’s. I recorded it as 24bit 192kHz and the file size was 3.6GB, and from that I saved an MP3 file of only 48MB. Before NBN a 48MB file would have taken so long to upload to this site that I wouldn’t have attempted it. But post NBN it took less than a minute to upload.

I’ll try to add more detail later, and the LP cover.
Details of the work on CD can be found at Presto Classical here.

When I first heard this recording I was stunned by the whole work, and thought it was amazing, I particularly loved the fact that in the middle of in the Tavern, there is a song by a swan being roasted fir dinner.

On Presto Classical I’ve listed to lots of samples of the song Olim lacus colueram but many of them sound like the tenor is showing what a great tenor he is, and not how a duck might feel on a spit roast.

I found this YouTube video which I think is a good version, sang in a concert performance.

I think the best way to appreciate the work is to see it being performed and this YouTube video is self explanatory, and introduces the work to the home viewer at the 1994 BBC Proms. The singing has English sub-titles and there are slides announcing the various sections of the work. The swan song is sung by a counter-tenor who does not do any comedy, but his counter-tenor voice brings sadness in itself. I really like this video and until seeing part of it tonight, I didn’t really appreciate the following song.