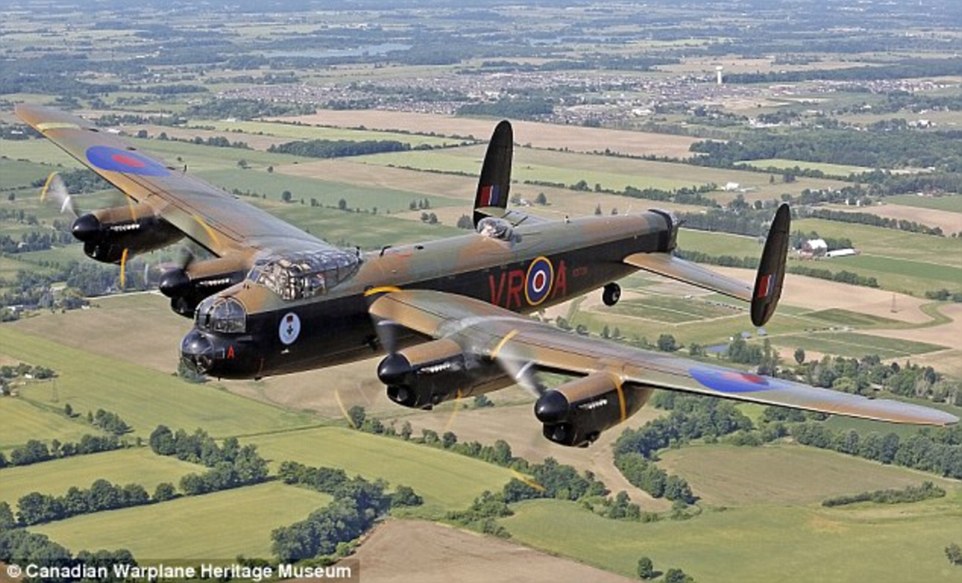 This post was originally published on 10 April 2013.  On 20 October 2015 I added a new section at the beginning of the post and increased the size of all the photos and videos.  The original post starts with the sentence beginning with a drop cap,

Before I start the main part of this post, I’ll explain that the featured image for this post is a 2014 photo of the Lancaster bomber VR A from the Canadian Warplane Heritage Museum that is the star of the second video below.  The photo, first video and text are from the Daily Mail Australia in an article which can be seen here with the full article including more photos. It’s a very interesting read.

For the 55,000 brave aircrew who lost their lives in the Second World War, it would have been their final view of England, soaring high above the North Lincolnshire countryside.

In tribute, one of the world’s last two airworthy Lancasters takes the same route over Bomber Country – where some 389,000 sorties were flown by Bomber Command between 1939 and 1945.

This moving footage is captured from a light aircraft flying alongside the 69ft-long Canadian bomber, flying in formation much how the legendary bombers would have done more than 70 years ago.

You might wonder what a video about a World War II Avro Lancaster bomber flight is doing in a gallery about my cars, and if you noticed, why the thumbnail photo for the video is an Aston Martin.   The answer is simple.  The Lancaster is powered by Rolls Royce Merlin engines, and the Rolls Royce has been most my desired car from early childhood to the present day.  I’ll never be able to afford to buy, register, insure, service, or run one, but at least I can admire them.

You’ll see some more photos of Rolls Royce cars in future photo galleries.   The Aston Martin is parked in my driveway and belonged to my friend Matthew, who can be seen in the Christmas galleries.

The last photo in the My Cars gallery is a base image for an 11 min 5 sec video that I think is an experience to watch if you make the time to watch it in one session.  As always, you need external stereo speakers (and ideally a sub-woofer) to get the full benefit of modern day computer video and music.   Otherwise use really good headphones.

The video starts at the Canadian Warplane Heritage Museum in Hamilton, Ontario, Canada

Then I think the Lancaster flies to Toronto – the CN Tower is a give-away to the city.  Matthew and I have been to Toronto on a work trip, so perhaps I might post some of my photos one day.

After Toronto, the Lancaster flies to Niagara Falls, then home again to Hamilton.  I assume the route is as shown in red below. 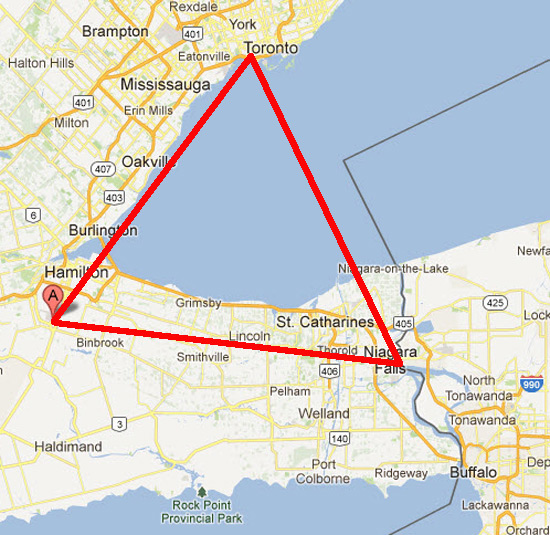 The black line in the above map is the border between Canada and the USA.  Matthew and I also visited Niagara-on-the-Lake where we had lunch, and Niagara Falls during the visit to Canada.  It was a day trip from Toronto.  We were part of the visit by the Foster’s Board and senior management to inspect the Molson Brewery headquarters in Toronto, which Foster’s owned at the time.  The trip to Niagara Falls was in a hired bus.  It was a wonderful day.

And finally, let me show you what I call a Rolls Royce: 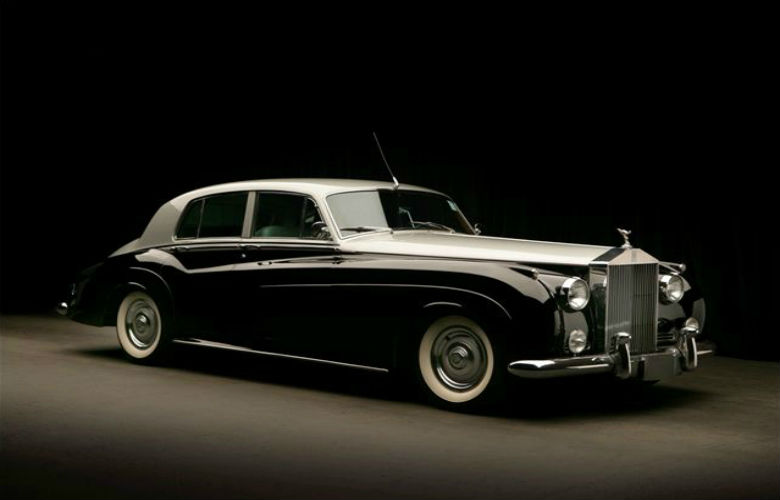