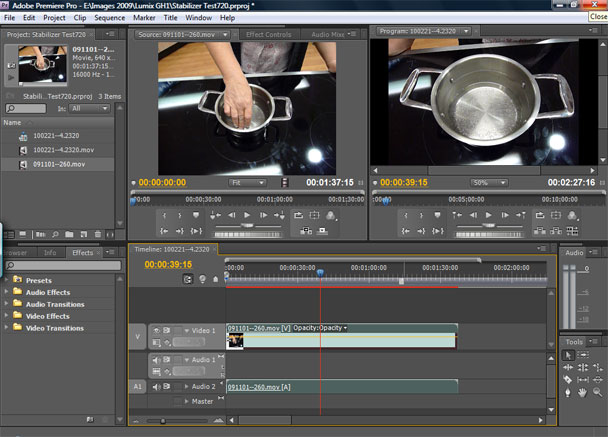 Here it is, Friday 6 November (note: Friday 13th next week), and I’ve only made once post since Wednesday last week.  The reason is that I haven’t been able to get Adobe Premiere Pro CS4 to encode my De Dietrich boiling water video.  It crashes every time I try it.  I’ve spent days on it, and done many Google searches, and the best I can come up with is that the new Adobe Media Encoder is fraught with many problems and Adobe hasn’t been able to fix them (presuming they’re trying to).

In the end, on Tuesday, I used Adobe Premiere Pro CS3 to put together the video which I posted on YouTube with an embedded link on this blog.  (Embedded link means you can watch the video on this blog, or by clicking on the video once it starts playing, be transferred to the YouTube page.)

In case you’re wondering, the only reason I’m publishing my videos on YouTube instead of on my website hosting server, is simply because I don’t have anywhere near the disk space for them on my hosting server, with its 250MB limit.

At least Adobe Premiere Pro CS3 enabled me to post a video on YouTube, but it’s not right.  It’s not according to the timeline.  It goes wrong at the point where the 2nd title “a few seconds later” comes in.  There should be no audio during this 5 second title, but the audio from the video starts playing ahead of the video.  From there it all goes wrong.  I haven’t been able to fix it, even though it looks right on the timeline.  Hence the post heading – Frustration.

I’ll probably delete this post in a few days.  It’s mainly to let regular visitors, if any, know what’s going on.

Update: This post drew some welcome comments, perhaps to try to soothe my frustration, so now I won’t delete it.