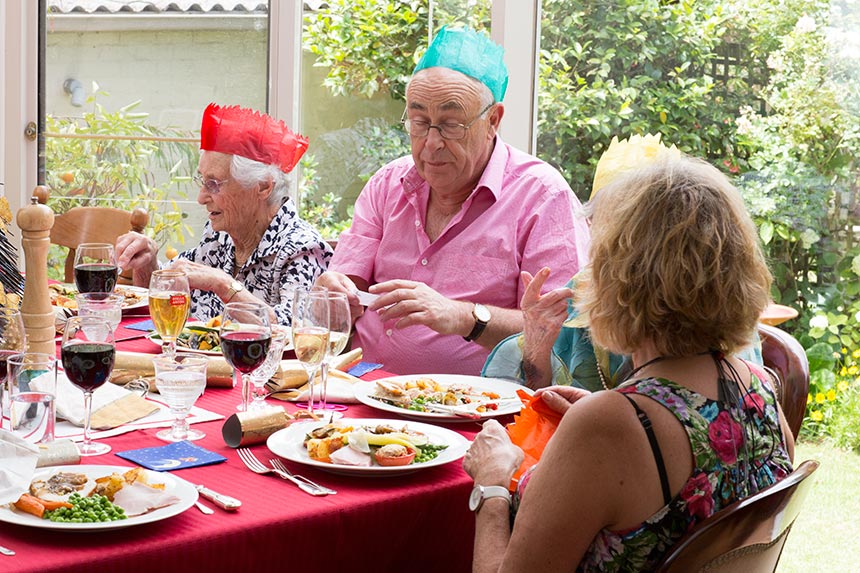 For those interested, all the photos in the gallery of same name as this post were taken with the Canon EOS 5D Mark III with the Canon EF 85mm f1.2L II lens.  See my other site for more about this 85mm lens.  All the photos were also taken with wireless remote flash.  The Canon 600EX-RT flash unit stood on a cabinet not far from the table, with the the flash angled towards the ceiling at an angle (about 15 degrees off vertical) and direction that I thought would be suitable to illuminate the centre of the table.   The flash was fired by the Canon ST-E3-RT wireless transmitter mounted on the camera, acting as the Master unit.

The camera was set to P mode (Program), with auto focus and auto exposure both set to spot focussing and spot metering in the centre of the viewfinder.  I then let the camera control focus, ambient exposure and flash exposure.  I did check the histogram after taking the first photo to make sure the exposure was what I wanted.  I don’t rely on the LCD screen to check the exposure of photos after they are taken, as LCD screens automatically adjust their brilliance to make under-exposed photos look perfect.  The histogram is the best guide to exposure, provided you understand what it is telling you, and how the lighting in the photo you took and the effect you want might require a very different histogram than that of an average exposure.

The photos were all taken in RAW mode and reviewed in Capture One Pro 6, adjusted to my liking and partly cropped to make a better photo, then resized and output to a folder to upload directly to the gallery page.