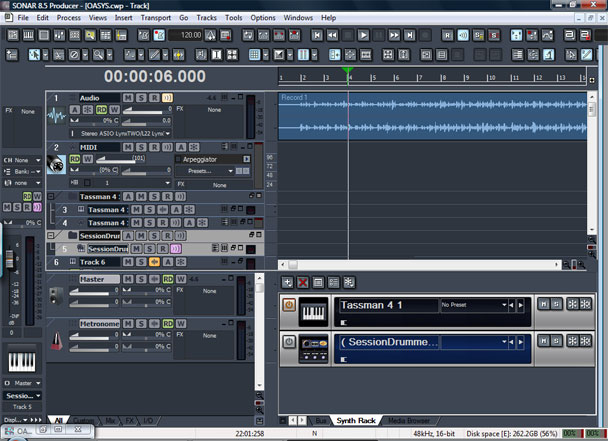 Today was a very quiet day for me.  I stayed at home and did my usual Saturday weekend wash and computer housekeeping chores.  But the day didn’t go quite as planned when I got up.  When I checked my emails, I found the second one from Cakewalk this week announcing the release of Sonar 8.5 digital audio workstation (DAW), and urging me to upgrade.

I bought Sonar 5 Producer Edition fairly early in my retirement, thinking that it would be great for my music endeavours on the computer which began on my Amiga in 1990 with a Korg M1 and various music software in the following five years such as Dr T’s  programs, Bars & Pipes, Music X and other great programs.

I didn’t take to Sonar 5 at all, and the audio rarely worked for me.  The next year with optimism, I upgraded to Sonar 6, but it still did nothing for me, and rarely worked with any audible sound.  Another year later, Sonar 7 was announced, but I was very sceptical, and it took six months before I decided to upgrade.

To my surprise, and delight, the new version worked like a treat, and Sonar 7 became part of my musical arsenal.  Sonar 8 was even better.  Sonar became a major contributor to what I could do with music.

This week the Sonar 8.5 Producer Edition upgrade became available and I didn’t hestitate to upgrade once I saw and considered what it offered.

I bought the upgrade at about 1.15pm today, and then started the download at about 1.30pm.  The download of the 2Gb file didn’t finish until 7.50pm.

The installation took quite a while, and then I had to install the patch update.

It was a long day to upgrade to Sonar 8.5 Producer Edition.

Was it worth it?  All I can say is that I produced a short music track I played on my Korg OASYS keyboard and recorded in Sonar 8.5 and mastered in Sonar.

and a bonus, also played on the Korg OASYS: