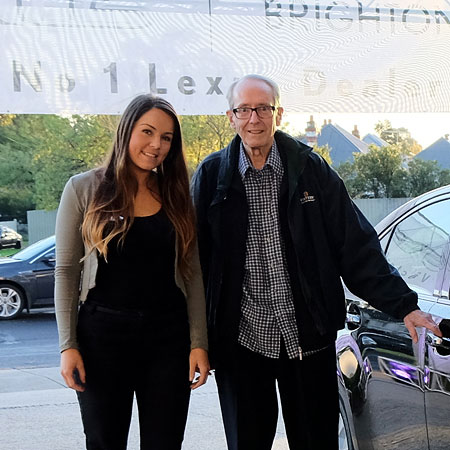 It’s four years to the day that I took delivery of my new Lexus IS250 from Lexus of Brighton, and made a post about on the same day. So I thought today would be a good time to make a post about the visit I made to Lexus of Brighton on Friday 9 May 2014. I had been thinking for some months that it was coming on for four years that I’d had my 2010 IS250, the warranty would run out, I’d lose my Lexus Encore privileges, and I’d haver to make a decision either to let that all happen, renew the warranty for another year (A$1,600 I’d been told), or consider getting a new car.

On Friday 6 May in the morning I drove to the Arts Centre car park and then walked up to Michael’s Cameras where I bought a Fujifilm X-T1 and two lenses. More of that in another post. In the afternoon after lunch, I drove to Lexus of Brighton to have a look at the latest IS250, the IS350 (an IS with a 3.5 litre engine) and perhaps look at whatever else might take my fancy. It was just a day to browse. And browse I did, having a good look at all the versions of the IS on display, and sitting in each of them for a while. I also had a good look at the ES350 on display, and sat in that for a while.

Meantime, because my previous salesmen, Bernard, was not on duty, I was looked after by Amir to whom I had spoken earlier in the week on the phone. My interest in the ES models was aroused when I realised that they had a s standard many of the features that were luxury extras on the IS models. The downside for me was that the ES models are front wheel drive. In 1985 it was my first company car, a front wheel drive Magna SE, that brought on a panic attack that has remained with me since.

Amir said that if I came back Saturday afternoon he would have someone available to examine my car to give a trade-in value, and he’d arrange for me to have a test drive of an ES350h.

On Saturday afternoon after I’d done my weekend chores I drove back to Lexus of Brighton armed with my new camera and the Fujinon X-mount 15-55mm lens, and took some ohotos of the exterior and interiors of the cars mentioned above. In looking back on it I think the number of photos I took of the ES300h with its vermillion exterior and ivory and piano black interior showed where my heart lay, and the test drive with Brooke settled it. 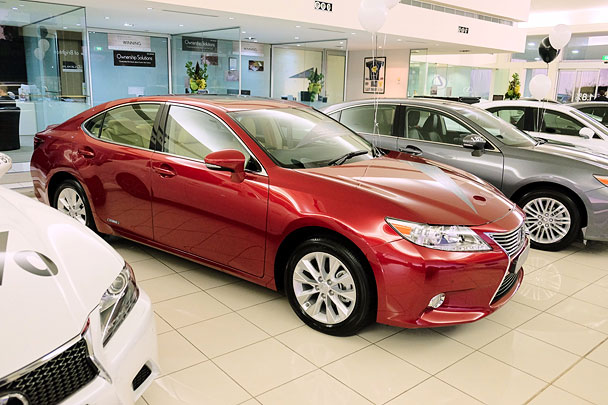 The colours of the ES300h in the showroom appealed to me and I liked the sun roof, analogue clock, digital radio and easier entry and egress. 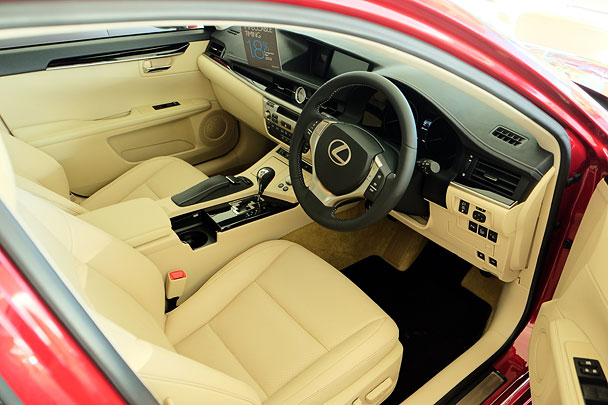 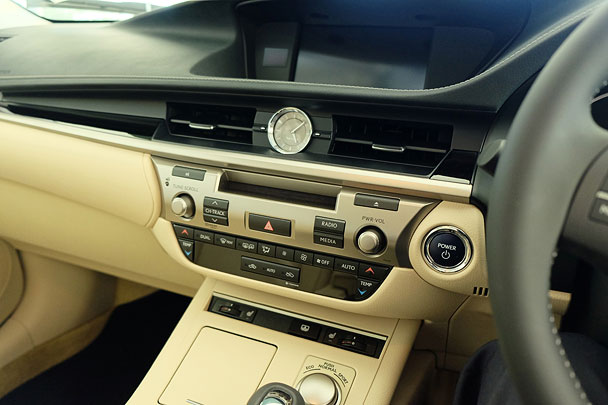 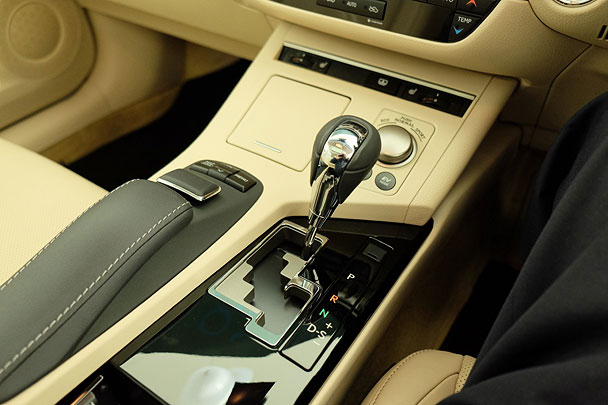 The test drive surprised me.  I didn’t feel any mental discomfort with the front wheel drive, and the hybrid motor was entertaining in itself.  Brooke was very patient with me. 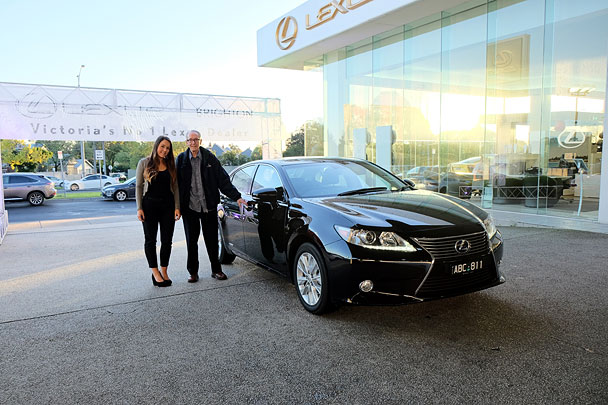 Amir took the above photo.  I told him I was sold.  While he made some arrnagements I had another look at the cars, but when it got down to the serious business of what colour? – I said I’d like the vermillion ES300h on display, and Amir went off to make a note that the car was now sold to me (so that no-one would try to sell it).  We then signed the contract. 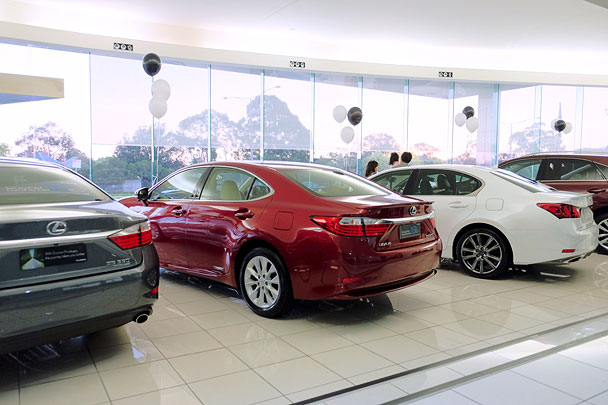 I must confess that on the Saturday night I had concerns about what I’d done.   I’d bought a front wheel drive car – total anathema to me – and a red one at that.  I prefer my cars to be inconspicuous, but the image below shows how I visualised my new car: 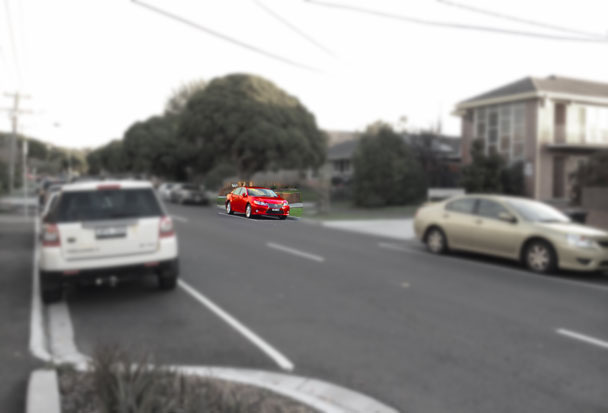 Fortunately, that isn’t how the car looks.  It doesn’t stand out at all.   I doctored this image in Photoshop by tarting up the car to maximum red and applying some desaturation and blur to the rest of the image.  You can see the actual appearance of my new car as it looked at the time, in very late afternoon light, in the photo at the bottom of this post.

Delivery was on Wednesday 14 May 2014 – and I forgot to take my new camera, so I had to use my iPhone again.  But the main thing is remembered the bank cheque, and spare keys for the IS250. 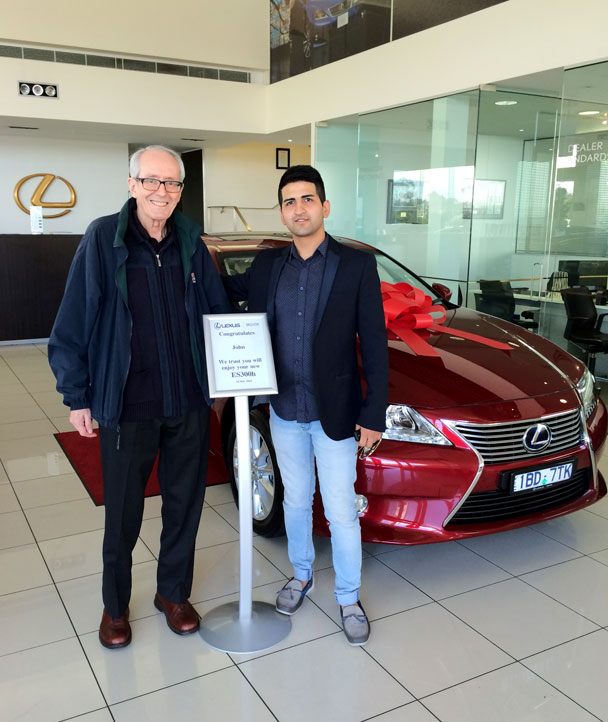 It was Amir’s day off, which is why he is wearing jeans.  Delivery was carried out by Nicole (who took the above photo) and in my excitement I forgot to take a photo of her.  I’ll correct that another day – perhaps when I get my 1,000 km safety check and clean. 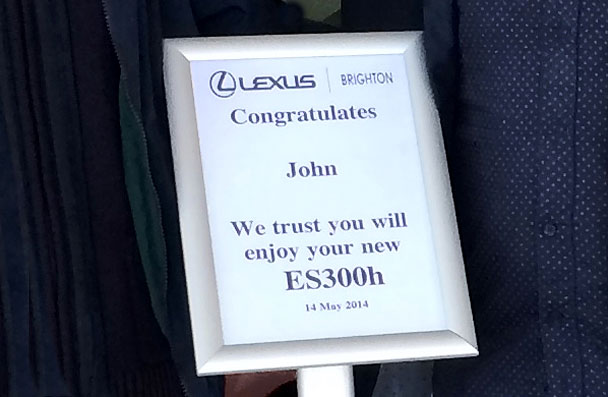 The image above is a crop from the photo above.  Both that photo and the one below (which is also a crop) were taken with my iPhone.  The cameras in mobile phones these days are capable of seriously good photos. 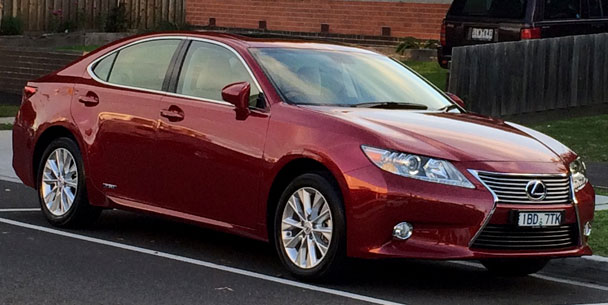 So why did I choose a hybrid instead of the powerful and silky smooth 3.5 litre V6 engine?  Well, as I told Amir and others at Lexus, I had decided that it was appropriate for me to get a car which has electric assistance now that I had electric assistance myself (and 3 stent tubes). 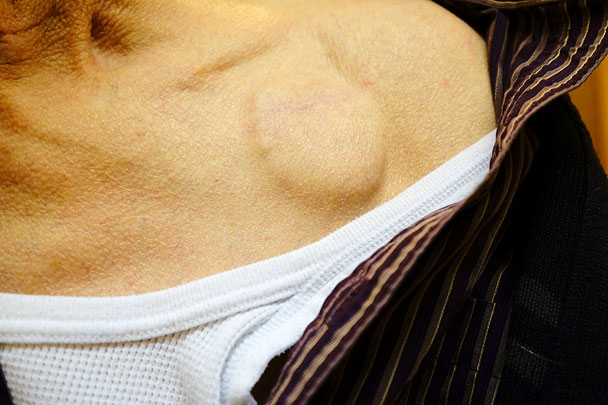 I took the above photo with my new Fujifilm X-T1 and even newer Fujinon XF 10-24mm f4 R OIS lens.