I was first introduced to red wine in my early teens, by my maternal grandmother who believed that claret was a good health drink.  I hated it, and I never tasted red wine again until 1967, when I was promoted to Secretarial in the Head Office of the company I joined on 9 February 1959 – Elder, Smith & Co., Limited.  By then it had merged with Goldsbrough Mort, in a new company called Elder Smith Goldsbrough Mort Limited – Elders-GM.

My boss in 1967, the late and beloved Colin Oliver, introduced me to red wines at Chesser Cellars and other fine restaurants in Adelaide.  I took to it.

In the past ten years, I’ve been a great fan of red Zinfandel. 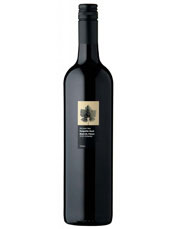 One Zinfandel I really liked was the McLaren Vale, Kangarilla Road, Zinfandel that used to be sold at Dan Murphy’s at Malvern.  But it disappeared.

I was amazed to find this wine at my local Carnegie Safeway supermarket when shopping there on Thursday afternoon.

The label said it was imported by Click Imports, of Seattle, Washington.

So this is a stunning Australian wine. not appreciated by the locals, who seem to be quite ignorant of what are the truly great red wines, and quite miraculously I can now buy it at my local Safeway liquor store.