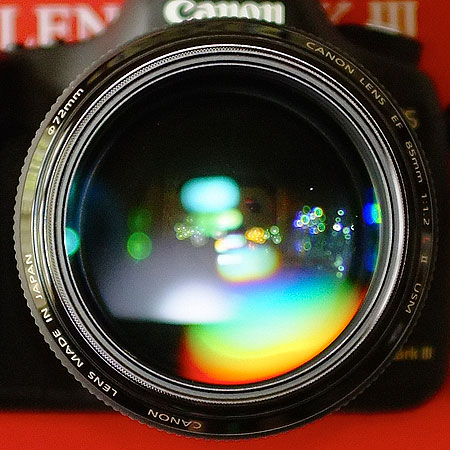 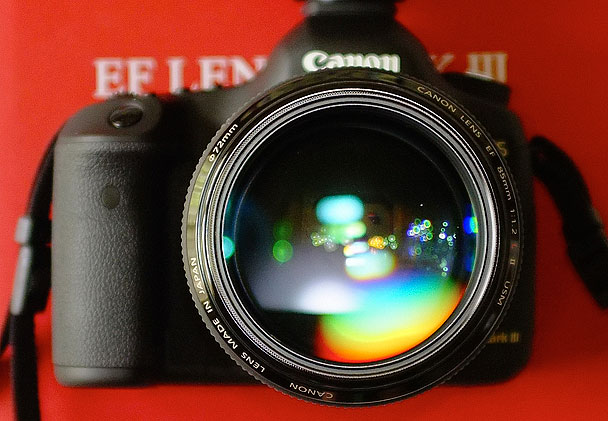 My two previous posts had photos I took with my new Canon 85mm f1.2L II lens that I bought to celebrate my 75th birthday (a three quarters of a century milestone ) and 10 years of retirement.  In my last post I mentioned that Ryan at Ted’s Cameras at Chadstone had reminded me when I bought the lens, of Ted’s policy that I could return the lens within 14 days if I was not happy with it.  (The policy is subject to conditions – it’s not a free rental system to be abused).

I never expected that I’d really return the lens, as I’d spent three months or so considering what I’d buy to celebrate events in November, and in the end I was thrilled with my choice, knowing that it would take time and effort to learn to use well, to bring out the magic that lies within.  But I decided to spend the 14 days trying out the lens and also re-considering my other options.

The 14 days has now expired and I’ve kept the lens.  I’m happier with my choice than ever.

The Featured Image for this post on my blog Home page, and the photo above were taken with my Fujifilm X100, which I think is an amazing camera.  In fact, its newer big brother the Fujifilm X-Pro 1 was one of the options I considered for my birthday present, especially as it has dropped about $400 in price since its introduction (camera and 35mm lens).

Anyway, when I look at the lens in the photo above, how could I ever resist it.

Late yesterday afternoon I took a couple of handheld photos with the camera and lens looking into my bathroom mirror.  I’ve reversed all the photos horizontally so that you can see what the mirror saw, not what I saw. 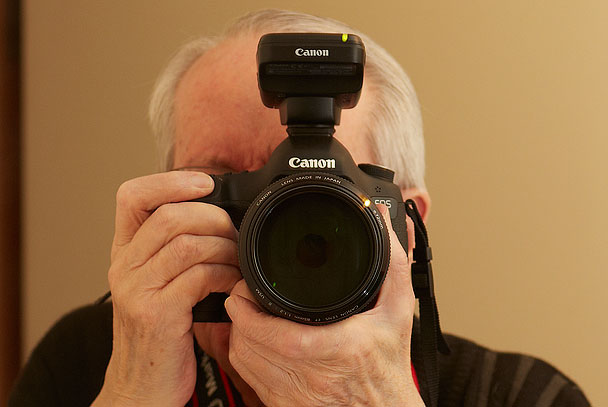 I’ll let you judge the photo for yourself.  But I’m very pleased it.  Just look at the sharpness of the type around the edge of the lens.  And yet the image above is a crop from the original photo below. 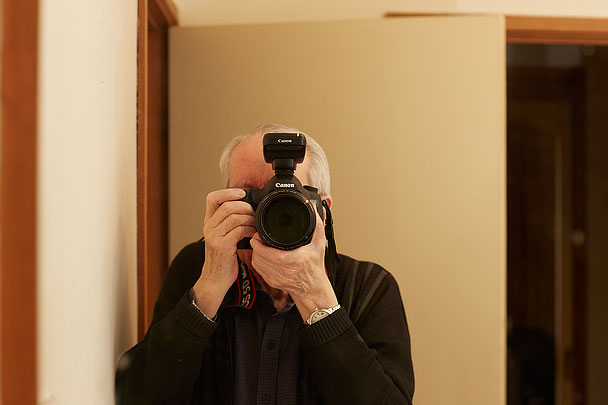 The above two images satisfy me that the 85mm f1.2L meets all my requirements.  The first of the two photos above is the one that I was aiming for.  But I chose to take it further away to get the extra depth of field and get a sharp photo for the crop.  The essential requirement for me these day is that a lens has to have to quality to let me cop heavily.  And for me, this lens has it.  Note the quality of the out of focus background in the above cropped and full photos.  It’s not just out of focus, but soft and creamy or dreamy looking.  It has good bokeh.

Below is the final photo I took in the bathroom mirror yesterday with the 5D MkIII and 85mm f1.2L II lens.  Once again note the quality of the bokeh – the soft background. 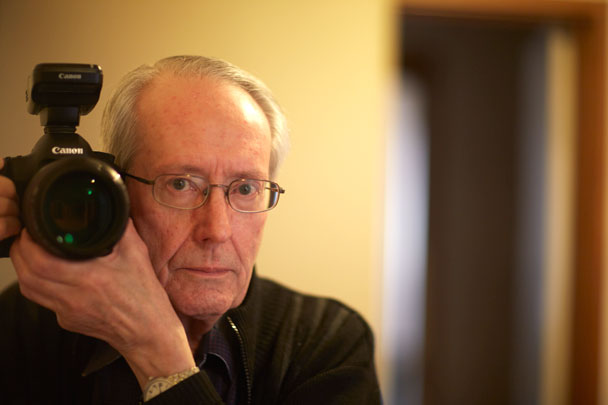 The framing above is exactly what I wanted after some practice shots.  Once again I can crop to get a different take on it. 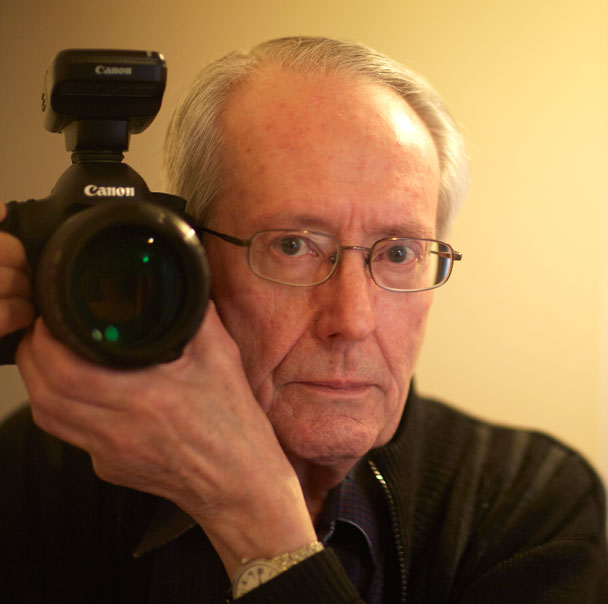 The device fitted to the hotshoe on top of the camera in the above photos is the ST-ET-R3 radio remote flash control unit.  I find it so useful that I leave it there so that it’s always ready to use with off-camera flash.

In the above photo I seem to be looking at you the viewer.  When taking the photos I was looking in the bathroom mirror right down the wide lens into its dark interior.  The far end of the lens interior lit up in a dull red colour when I pressed the shutter button halfway down to set the auto focus.   This light helped me frame the shot as I could see the bottom edge of the reflex mirror.  But more than anything, the red light utterly fascinated me as I’ve never seen anything like it, or heard of it or read about it, in a lens before.  I suspect the light would not be visible in bright conditions, but if it were, it could be when taking portraits – ask the subject to watch for the red sunset in the lens.   A bit like the old post WWII days when cameras came on sale again, although only the Kodak Box Brownie in Mount Gambier.  It was common in those times for a photographer to say to his subjects “Watch the birdie” – to encourage children to look at the lens.

Below is another 85mm lens photo, this time of a leaf on a tree in my neighbour’s driveway area.  The branch was dangling over the front wall between us.  The photo once again shows the bokeh that is a speciality of the lens. 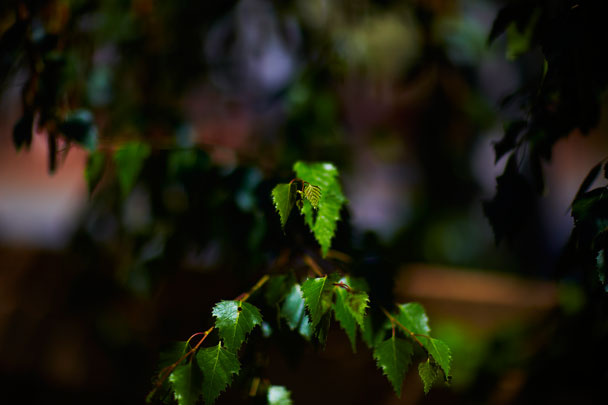 The image below is a crop from the above photo.  Apart from the crop, no changes have been made to the image.  I mention that because this image looks to me as if major changes have been made to the brightness and saturation compared to the original photo above.  But no.  It’s just the effect of seeing the leaf, so small it’s barely visible in the photo above, when the crop makes the small leaf the subject of the image below.  This leaf, by the way, is what I spot focused and spot metered the exposure on. 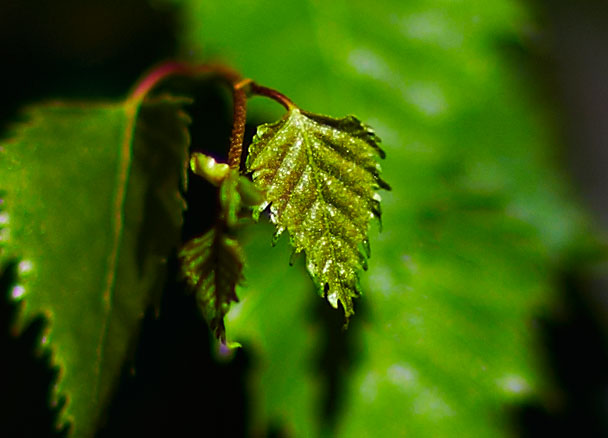 Here’s another close crop of another photo I took with the 85mm lens. 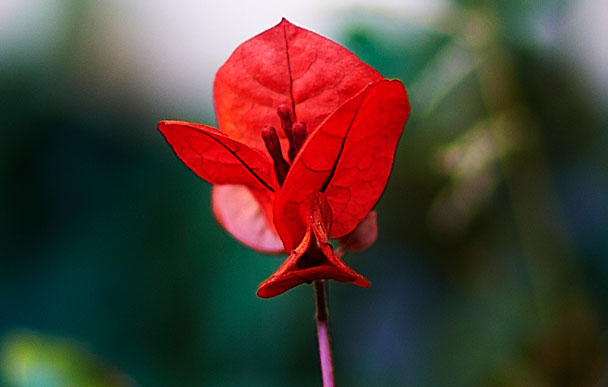 Yes, my new lens will take time and a lot of practice to be able to get the best out of it.  And I will have to find subject that suit its qualities.  But I’ve taken up the challenge, and having a new challenge is a good thing at my age and in retirement.  One thing the lens has already taught  me is that I have to take back control of the camera, and not just rely on point and shoot on full Auto or Program mode and hope for the best.  So an unexpected benefit of the lens is that it’s  forcing me to think about the photos I take and adjust the settings to suit.  It’s like a welcome return to the 1960’s and 1970’s with film SLRs where you had to  set the focus and exposure settings manually.