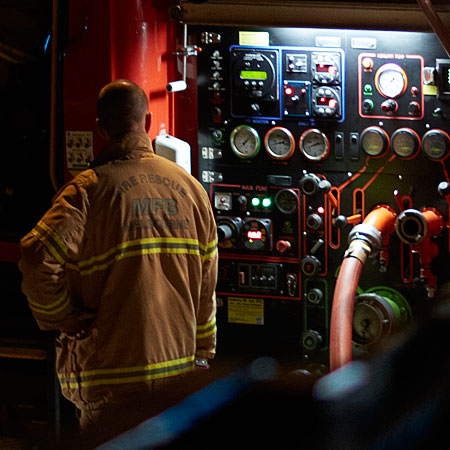 When I took delivery of the Canon EF 85mm f1.2L II USM lens last Monday, Ryan at Ted’s Cameras reminded me of the store policy that if I was not happy with the lens I could return it within 14 days (subject to conditions of course).  I’ve never returned a camera or lens purchase yet, but the 85mm f1.2L had me thinking that here was a lens that I might cause me to take advantage of the return policy.  It’s not that I don’t like the lens, it’s just that it is so difficult to use and get a sharp photo with that I began to wonder if the lens was sharp at all.  Mind you, I knew this when I ordered the lens both from from reading and my experience with my Canon EF 50mm f1.2L USM lens.  I’ve read that it takes a great deal of practice, and then more practice, and then more. It’s a long learning process and takes care and thought, not only in taking photos at f1.2 but in selecting subjects.

Well, the lens got an unexpected tryout at 1.38 in the dark hours of this morning.  The was a loud continual noise – a bit like a car horn stuck, but it was louder and more complex.  So I got up to investigate and there were flashing lights out the front of my unit.  A peak out my front door had me rushing back for my camera which had the 85mm lens attached. 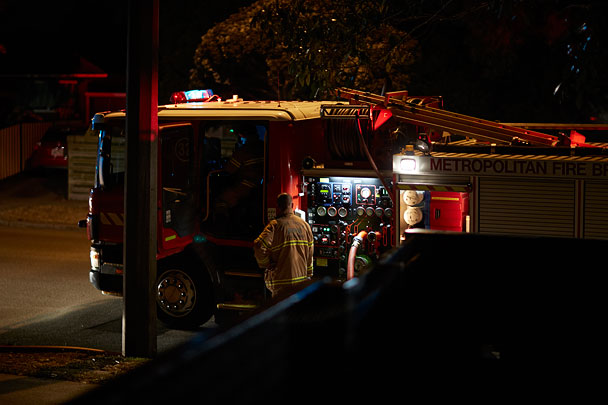 The camera had been set to spot metering and centre spot focus, so whatever I pointed the centre point at is what determined the exposure.  In the above photo it was the bright lights in the instrument panel.  The exposure has not been adjusted in any way.

In the photo below, taken a few minutes later, the centre focus and metering was pointed at the door of the fire engine.  As you can see it has made a big difference to the exposure, and shows the spectacular ability of the f1.2 aperture in the dark of night where the only light is from the fire truck.    From memory, I think the photo is brighter than the actual scene was.  The truck’s rear door is shut in this photo. 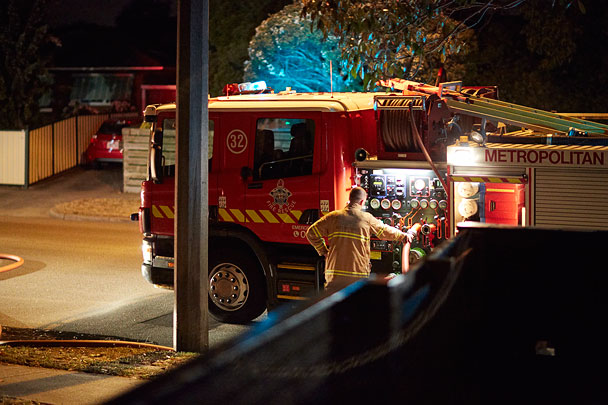 The photo below is the top photo repeated, and I mean the dark one at the top of this post, but I’ve adjusted the image with Levels in Photoshop.  It shows the advantages of shooting in RAW because the detail and fire engine red is there despite the dark shadows at night.  And the adjusted photo reveals the truck’s rear door is open with a second fireman inside. 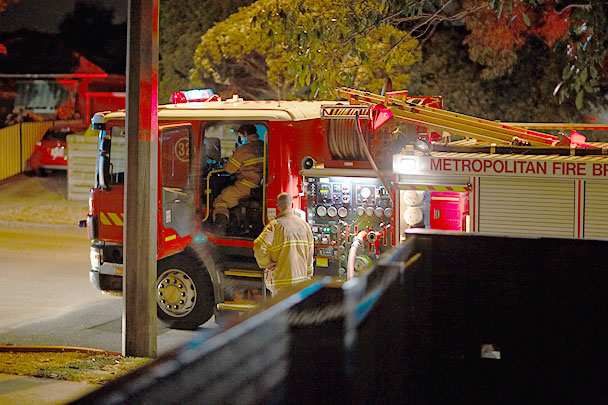 So perhaps the title of this post should now be “To Keep or Not to Keep, that Was the Question”

What do you think?

By the way, I have no idea why the fire truck was there, but in the centre photo you can see the fireman with his hand on a hose coming out of the side of the truck and you can see part of the hose along the edge of the foot path and another part of it out on the road.

This afternoon when I checked my letterbox,  there was printed message in it from Victoria Police seeking assistance from anyone who had witnessed any suspicious activity before or at the time of the fire at the address and time given.  The message indicated that “a fire occurred to a vehicle” at the residential unit block next to my unit.