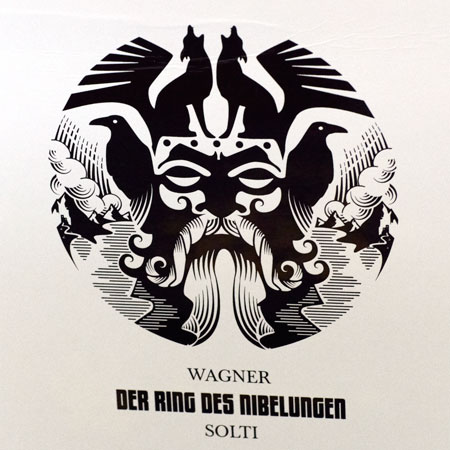 This post is about the Der Ring des Nibelungen individually numbered Limited Edition recently issued by Decca as a tribute to 100 years since the birth of Sir Georg Solti, KBE on 21 October 1912.   He died on 5 September 1997.  You can about Solti’s remarkable life in this article in Wikipedia.

The article states that Solti’s most celebrated recording was Wagner’s Der Ring des Nibelungen made in Vienna, and produced by John Culshaw, then classical recording producer at Decca, between 1958 and 1965. It has twice been voted the greatest recording ever made.  The first by  readers of Gramophone magazine in 1999.  The second by professional music critics in 2011, for the BBC’s Music Magazine.  The article also covers Solti’s time with the Vienna Philharmonic – which is the orchestra in this recording – and his long and close association with Decca.

For readers not familiar with Der Ring des Nibelungen, it is Richard Wagner’s epic music-drama comprising four operas that run for a total of 15 -16 hours depending on the pace of the conductor.  A common name for it is Wagner’s Ring Cycle.   The four operas are:

The new 2012 recording is a remastering of the Solti recording which were the first stereo studio recording of the complete Ring Cycle,.  It still remains the standard by which all others are judged, even if some critic and music lover prefer other versions.  It has great artists including Birgit Nilsson, Kirsten Flagstad, Dietrich Fischer-Dieskau and a young Joan Sutherland.

I’ve had the complete recording by Solti for several years.  But when I visited Readings in Malvern last month, and as I started to leave the store after seeing nothing of interest, an assistant asked if I wanted anything, so I mentioned the Ring Cycle Limited Edition.  I could see they didn’t have it in the store – it’s too big to miss.  To my amazement the helpful assistant said they had it in the window, and he got it out to show me.   As soon as I saw it, I knew I’d have to buy it.  I decided to justify the $299.95 purchase as a gift to me for my 75th birthday (three-quarters of a century is a milestone) in November.  Readings couldn’t find a bag large enough to hold the boxed set, so they gave me a cloth bag with shoulder strap to carry it.  And I need the shoulder strap to help support the weight.

Also for my 75th birthday and for the 10th anniversary of my retirement on 1 November, I had ordered the Canon 85mm f1.2L USM II lens from Teda, and a few days later it arrived last Monday.  It’s a specialist lens designed to produce superb out of focus image quality.  At f1.2L the lens is very sharp at the focus point, but almost nothing else is in focus.  Despite it’s limitations for general use, I decided to use it to take all the photos below, as part of my birthday celebrations this weekend.

The above shot is on the plastic wrapping, not the box itself. 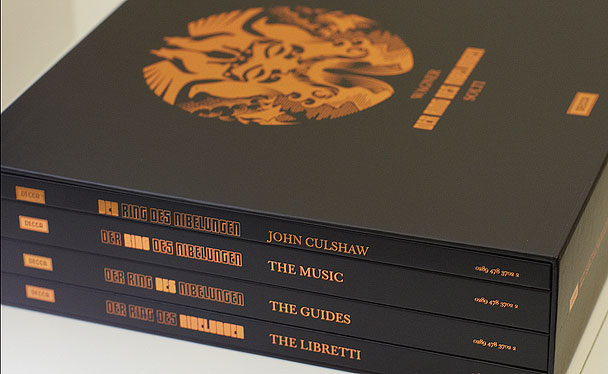 The hardback books are:

John Culshaw’s account of the entire Ring project from inception to completion — first published in 1967 and long out of print — an important re-printing of this book for this special edition set. Exclusive to this edition. 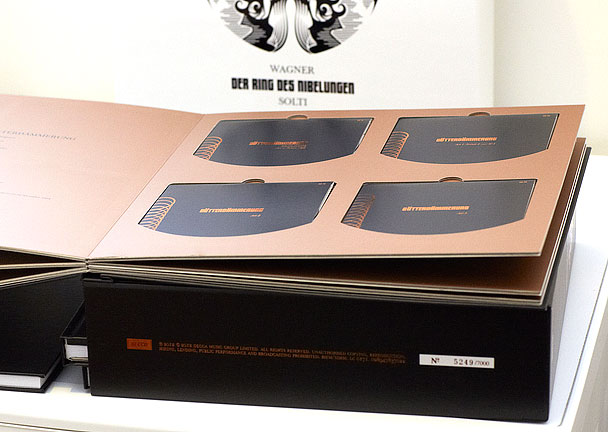 Note how thick the pages of  The Music hardbook are to include the CDs and Blu-ray sleeves.  The left side of the open pages describes the contents of the disks on the right hand side.  This is the most remarkable presentation I’ve ever come across.

The full facsimile of one of Sir Georg Solti’s working scores (The Ride of the Valkyries), in colour, with explanatory notes on Solti’s markings by Charles Kaye of the Solti Foundation.

Special 40-page brochure with facsimiles of advertisements and reviews from Gramophone Magazine in the year of publication of the operas in the cycle.

All the above are exclusive to this edition. 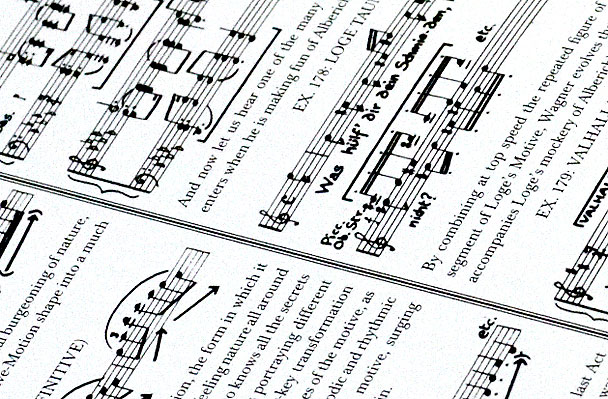 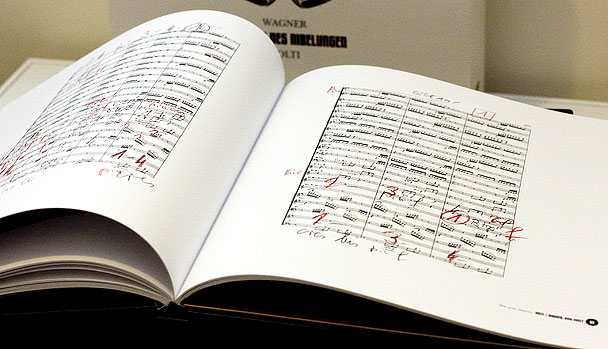 The Complete Libretti of The Ring in original German, with English translation. 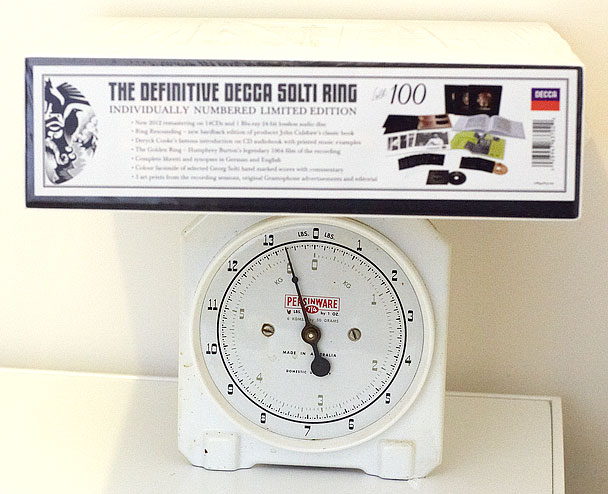 All the above photos were taken with my new 85mm f1.2L lens which is a portrait lens, and not a general purpose lens.  But for my money it has done a very creditable job.  The parts I focused on a very sharp, and the out of focus because of the very shallow depth of field are pleasing looking.  That’s my opinion.

Here is a short video with extracts of the Ring Cycle performed by a different conductor, orchestra and singers, in Copenhagen.   Wagner’s gargantuan Ring Cycle — the celebrated, critically-acclaimed production at the Royal Danish Opera, come to be known as the Copenhagen Ring. Now available as a Decca DVD box set. I doubt that a nude male swimmer has ever been filmed to such glorious music.

As the video continues, the music becomes even more sublimely beautiful.  If you’re not an opera fan, forget your prejudice against opera, and just watch it like any other movie with background music.  It is stunningly beautiful music.

Fans of the Ring Cycle might enjoy Anna Russell’s take on the opera.  I’ve made a post about her with the recording of her Ring Cycle sketch and videos of it in January 2015.  The link is here.