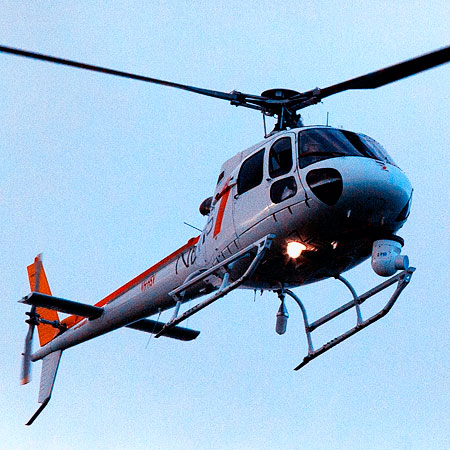 Some years ago now, in the year the Queen Mary 2 made its maiden voyage, I made a video about the liner. I called it The QM2 Project.  It covered some of the history of the British Royal Family from Queen Victoria to her daughter-in-law Mary of Teck who became the wife of King George V.  It showed the building in Scotland of the first RMS Queen Mary, named after her.  It then went on to show the history of that ship and where it is now.  Then it began to show the new ship – the RMS Queen Mary 2.   Because of my  deep involvement in this video project for many months, I felt that I must make the effort to get up early this morning at 6.00am, to leave home at 7.00am to drive to Port Melbourne to see the liner arrive.  That’s the only way I’d be able to see the front of the liner.  Unless of course I was in the Channel 7 news helicopter which circled overhead for quite some time.

The featured photo for this post is one I took of the Ch 7  helicopter with my Canon EOS 5D Mark II and 70-200mm f4 L series lens.  The above photo is the heading from the Herald Sun online at about 9.30am.

Well, I did get up at 6am to leave home at 7am to see the QM2 arrive at Port Melbourne, and get some photos of it from the front when it approached Station Pier.   But I miscalculated.  I should have got up at 5am or so to be at Port Melbourne at 7am, to see the liner arrive and turn 180 degrees to dock at Station Pier.  So when I arrived at about 7.45am the liner had already docked.

This is the first view I saw from where I parked.  It’s a Fujifilm X100 shot.  All my other photos in this post were taken with the Canon EOS 5D Mark II and 70-200mm f4 L series lens. 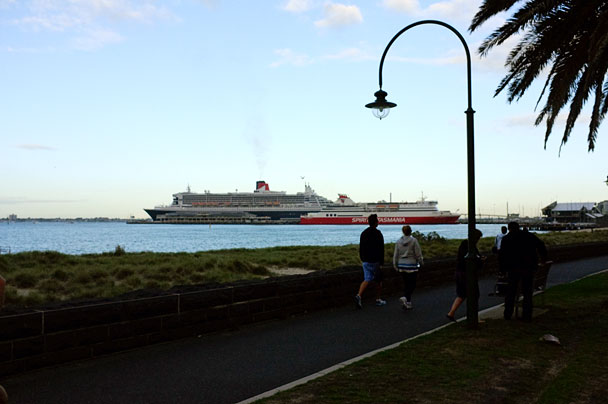 I not only got the time to leave home wrong (to see the liner coming in), but I also completely misjudged the amount of traffic at that time of the morning (7.15am).  I expected it to be light, but it was heavy peak hour traffic in the three lanes along the coast highway from Brighton to Port Melbourne.  I was not the only person who wanted to see the Queen Mary 2. 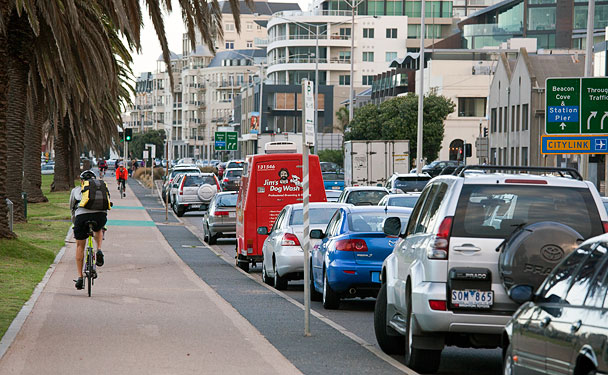 The above is a photo I took of the traffic after I’d parked my car about 10 minutes walk from Station Pier.

While walking along the footpath and foreshore to Station Pier, I came across the following road sign, and filmed a video of it with my Canon 5D Mark II, hand held.  I edited it in Sony Vegas Movie Studio HD Platinum 11, and then added a soundtrack using SonicFire.

The QM2 at Station Pier. 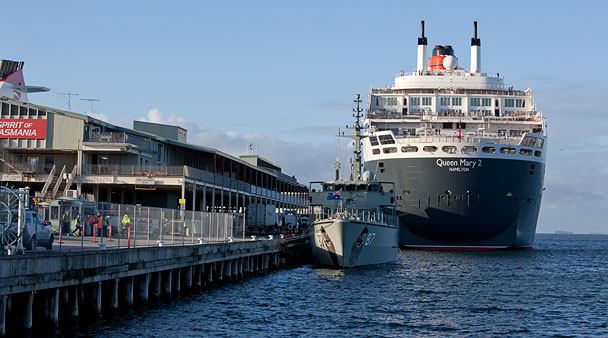 The next two images show seagulls flying past the stern of the QM2. 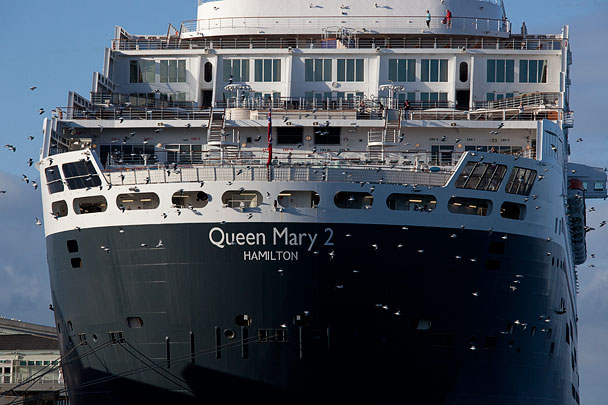 The following image is not a super zoom shot, but a crop from the original of the image above. 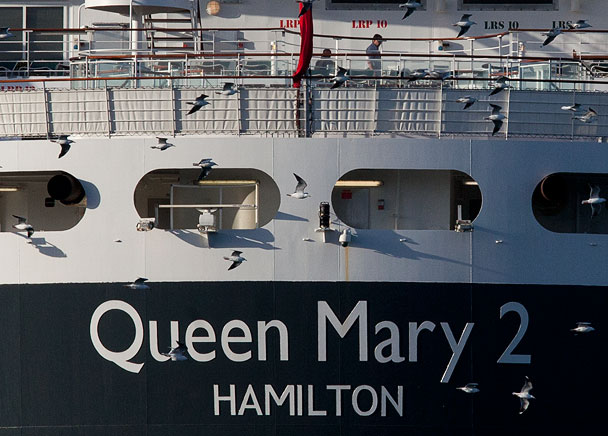 The top deck as seen from the stern.

The following four photos are from the Herald Sun online, this morning, and were taken from a helicopter showing the QM2 as it arrived at Station Pier, bow first.  Then, under its own power with its sideways propellers, and with no assistance from tugs, the QM2 turned around 180 degrees in its own length and then, I gather from the photos, that it reversed into position to dock at the pier.  In one of the photos you can see the wake from the side propellers.   You can see the Melbourne skyline in the background.  In the first photo, on the right you can see Melbourne’s tallest building – Eureka Tower – an apartment block.   To its right there are two dark objects which look like hot air balloons (it’s a good time in the early morning for them). 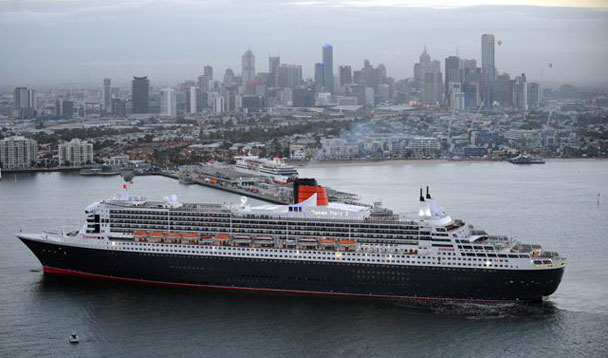 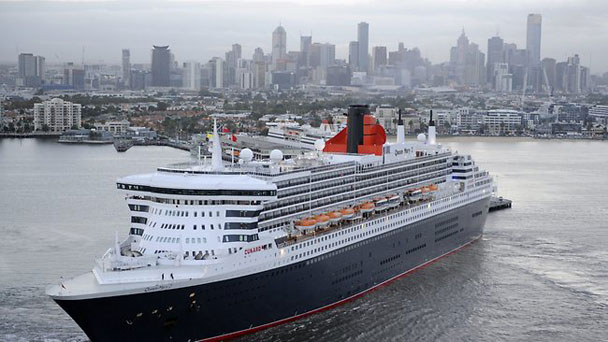 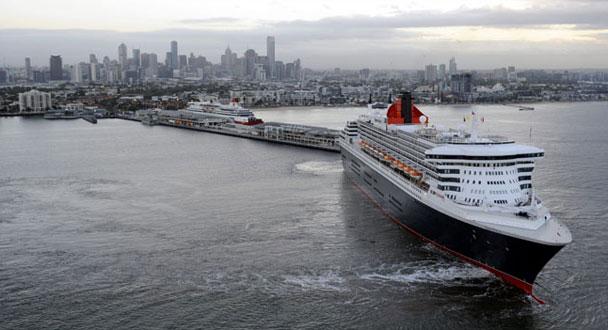 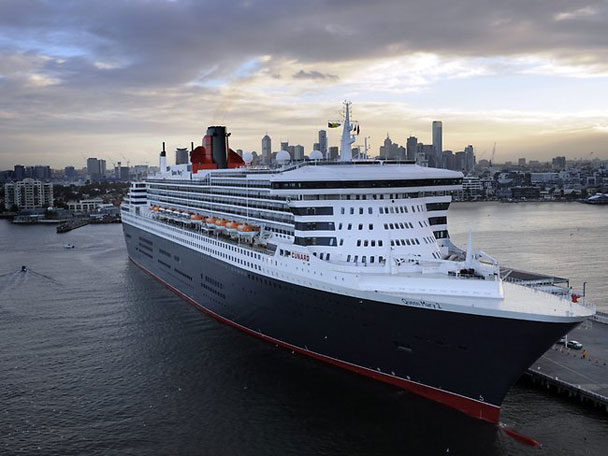 And here is a view from above, also from the Herald Sun.

Here are some photos I took of the Queen Mary 2 and Spirit of Tasmania while walking back to my car.  The sun had come out and was shining brightly by then.   Once again, these photos were taken with the Canon EOS 5D Mark II. 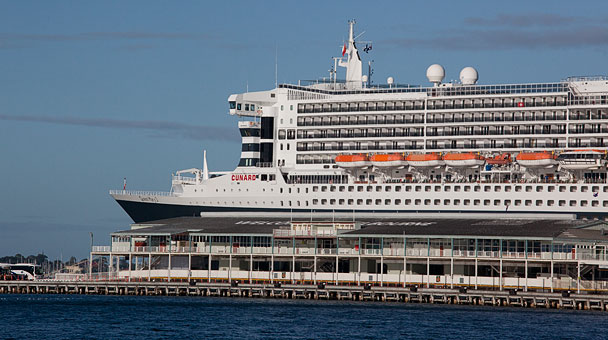 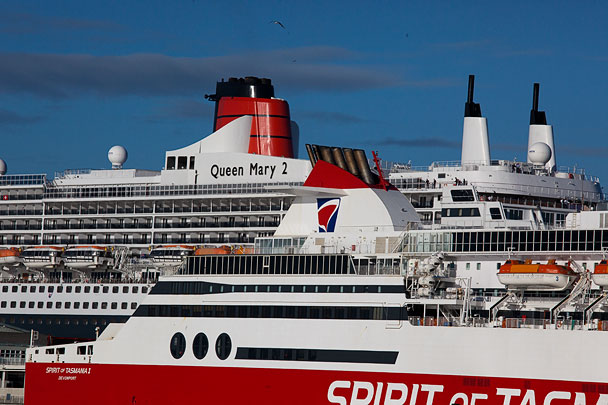