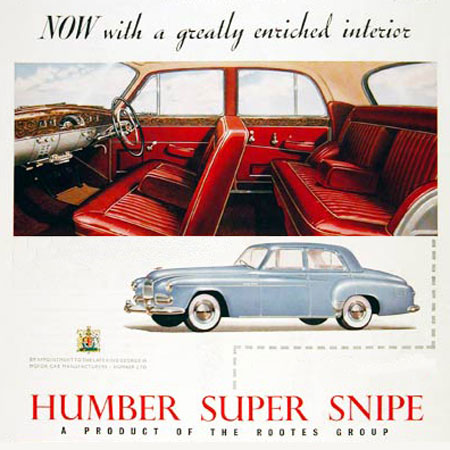 It’s not uncommon for me to make small edits and adjustments to my blog posts after I’ve published them.  In most cases I do it after I’ve read my post next day, when I can see small typos, or perhaps see clearer or more accurate ways to express myself in one or several sentences.   However, in this case I’ve made significant changes to the original post I published last night, and that includes the featured image on the home page.   The new image was put together in Photoshop from an advert that you can see below in a B&W image of a magazine spread.

My original post started off by writing that my 2010 model Lexus IS 250 is without doubt the most reassuring car I’ve driven since  I sold my 1960 Humber Super Snipe in 1975 and bought an imported  Datsun 180B.  I used to love the Humber Super Snipe, which I inherited from my father who passed away in 1964.   It was a large imported car from Britain, with a 3 litre 6 cylinder in-line engine that developed 130 bhp.  It had disk brakes and automatic transmission, and a polished wood dashboard.  It was a true luxury car in its day.  The photo below was taken on a day trip with my parents to Carpenter’s Rocks in south east South Australia, an hours drive from our home at Mount Gambier.  My father took the photo. 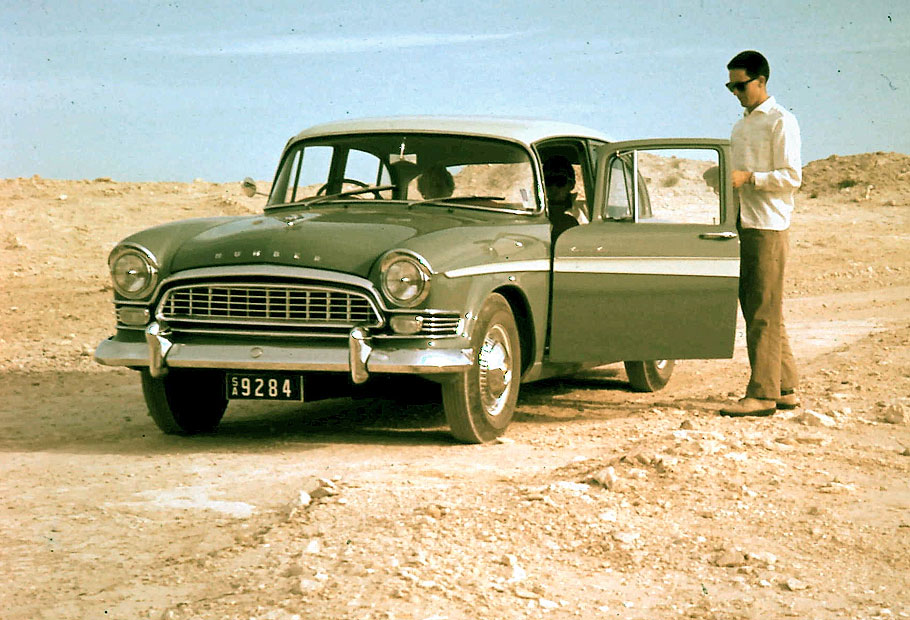 I’ve always been a great fan of Humber cars, and the Super Snipe and the Pullman limousine in particular, for many years, so I was thrilled when my father bought the Super Snipe  in 1960.

I’ll now go back in time to 1954, and the the Humber Super Snipe of the day, as shown in the featured image.  You can see the original advert (in B&W) in the image below from the UK Daily Telegraph – a special issue perhaps.   As you can see, the pages have aged.  On the left page you can see the original advert for the 1954 Humber Super Snipe, and on the right page you can see (if you look closely) a map of the world showing the Queen’s journey around the world in 1954. 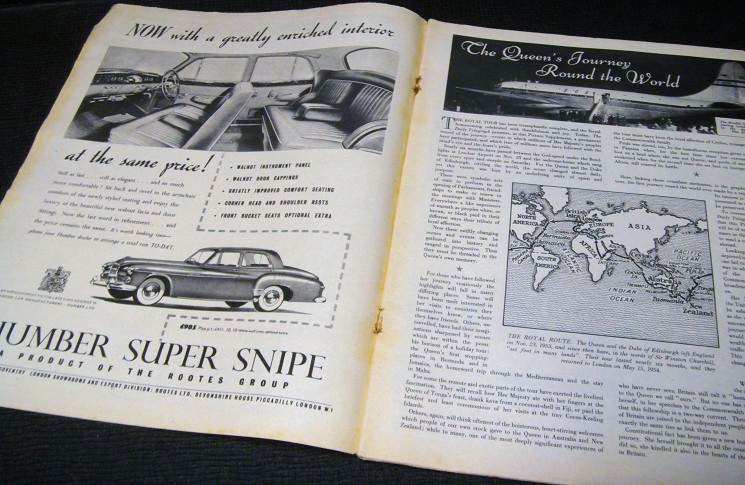 After her Coronation in June 1953, the Queen and the Duke of Edinburgh spent 6 months in 1954 touring the world, including several months Australia and New Zealand.  They travelled by sea on the Gothic.  As part of this trip they spent a day in Mount Gambier.  I had graduated from High School the year before and had begun work at The Commercial Bank of Australia Limited.  The Queen and the Duke of Edinburgh flew into Mount Gambier and landed at the airport about 5 miles north of our home.  The only route from the airport to the town was past our home.  From our front lawn I saw the royal visitors on their way into town and on their return to the airport.

The Queen and Duke travelled in an open 4-door version of the Humber Super Snipe in the above advert.  My father took the photo below at Vansittart Park in the near central part of  Mount Gambier.   The open Humber Super Snipe was a custom built vehicle, and as you can see, it’s not a convertible, which would be 2-door. 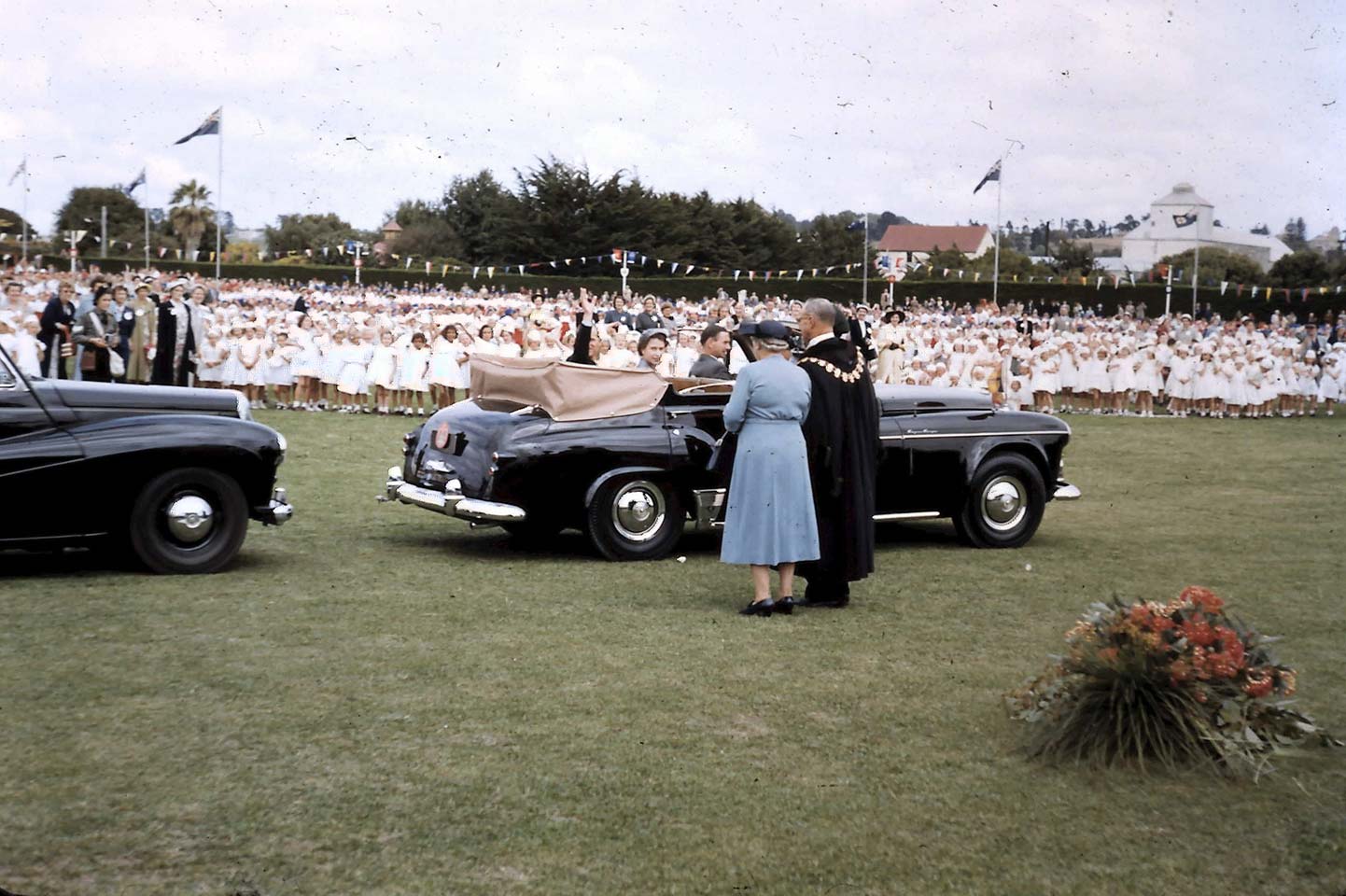 The city Mayor (Mr Marks as I recall) and his wife are standing in front of the car to welcome the royal visitors.

Here is a shot of the Queen and Duke at the Blue Lake in Mount Gambier.  I don’t suppose they remember the scene as they went through so much in a few months.  My head would be reeling if I ever did what they did.   But the photo holds magic for me.  It shows the young Queen and the Duke at the main scenic spot in the South Australian country town I was born and grew up in. 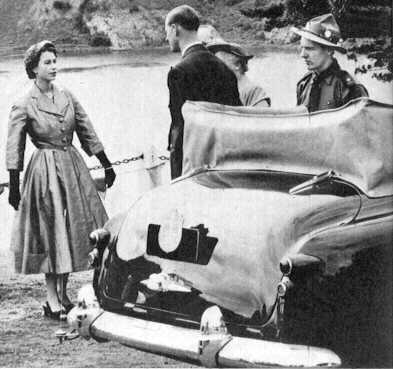 Here’s another shot of the royal Humber.

As I mentioned about, the Royal Tour in 1954 was in the year after the Coronation.  One of the greatly admired guests at the Coronation was Queen Salote of Tonga, seen below. 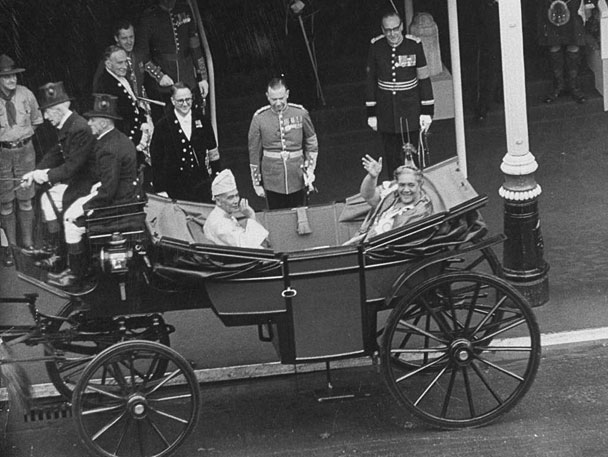 Sadly, Queen Salote died in 1965, and her son reigned as King Tupou IV, until his death in 2006.  He was succeeded by King George Tupou V.  The photo below shows a scene after the coronation of Tupou V,  in his Humber Pullman. 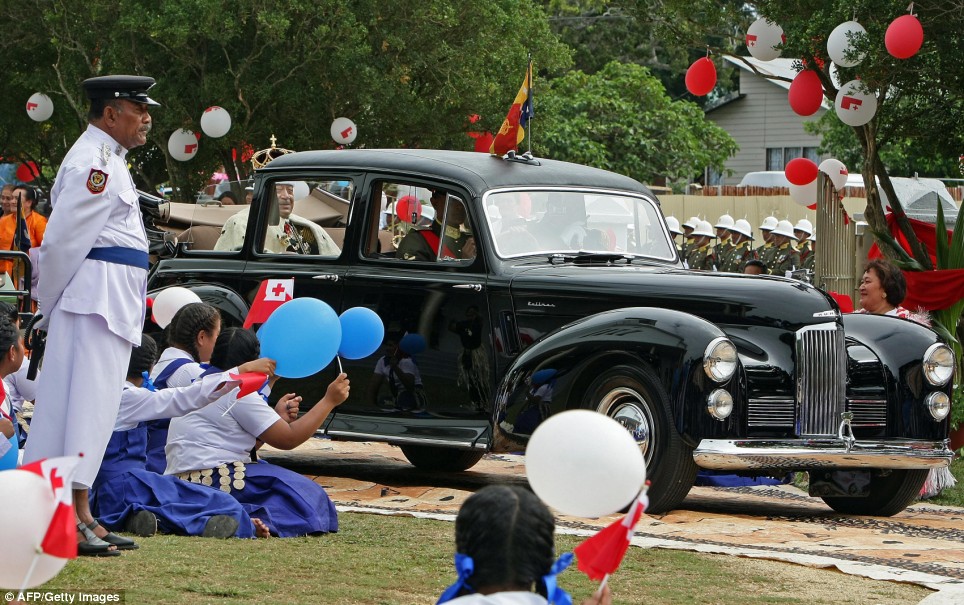 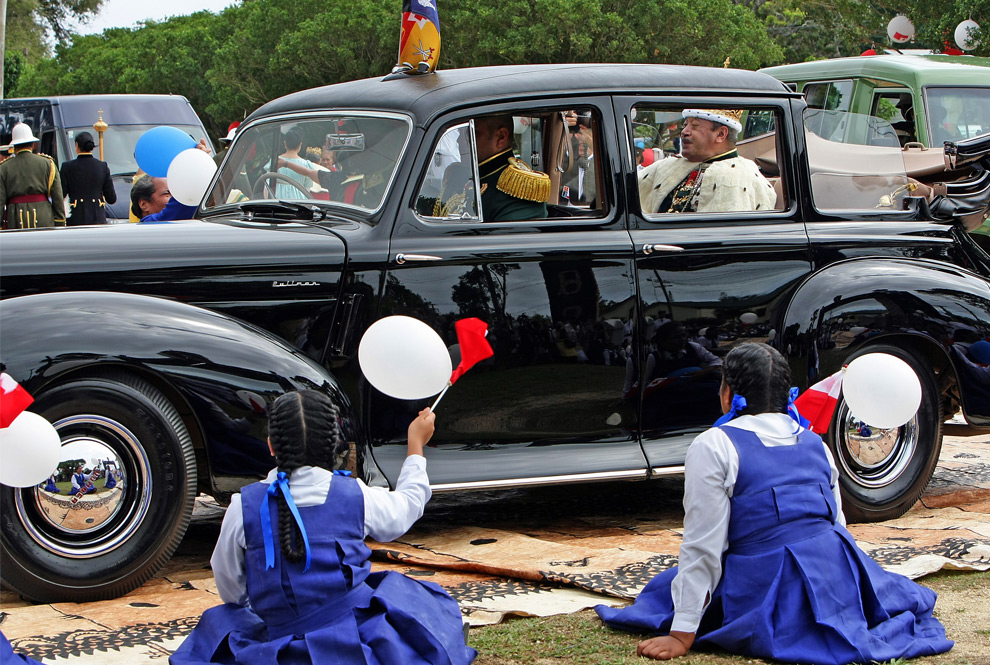 Today I came across the history of the above car.  It was one of seven landaulet-bodied Humber Pullmans built for a  tour of the Commonwealth by King George VI (our Queen’s father), but the tour was cancelled because of the King’s failing health.  One of the cars was purchased by Queen Salote of Tonga, pictured above waving from a horse drawn open carriage.  It was later sold and went to Australia.  Her grandson (above) located it and bought it back, and had it restored.

You can read the rest of the story at the restorer’s website together with a slideshow of photos showing the progress of the restoration until it’s completion and use at the coronation.