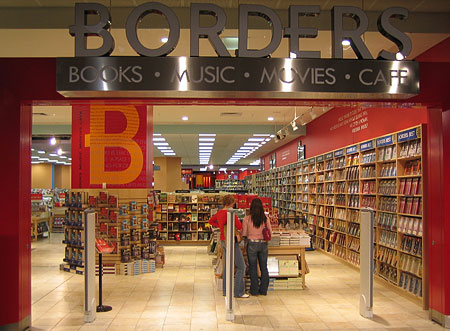 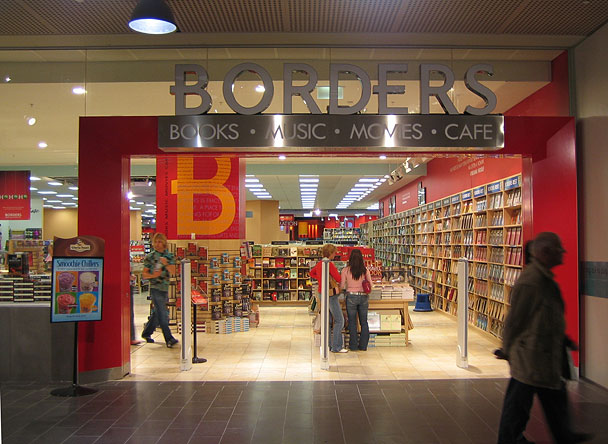 It will be two years this coming Thursday since I posted my first blog using WordPress and a theme, and a MySQL database to this blog part of my main website.  My first post was about my need to study up on using WordPress.  Borders at Chadstone didn’t have the two books I wanted, so I planned to go into the Melbourne CBD next day to buy them at McGills technical bookshop (their website confirmed they had the books in stock).  My second post next evening registered my shock at finding that McGills was a gutted shell.  They had ceased business in Melbourne.  But at least I still had Borders, Angus & Robertson and Reader’s Feast.

Two years later:  Borders in Australia has been in liquidation since earlier this year, and the last remaining stores closed last weekend.  That’s sad.  I used to visit their store at Chadstone shopping centre every few weeks, and I also shopped from time to time at the Prahran/SouthYarra, Camberwell and Melbourne Central (pictured above and in the feature post) stores.  Angus & Robertson bookshops were part of the same group, and their stores have closed or are closing.  Sadly, the same for goes for Reader’s Feast in Melbourne, which always seemed to have something personal about the service and feel of the store.

I find it sad, as I enjoyed browsing these stores, and often made purchases on the spot when I saw a book I liked.  Impulse purchases.  I also made all my planned purchases from them, if they had the books I wanted in stock.  But there’s the rub.  If they didn’t have the book I wanted in stock, it would take too long for delivery if I ordered from a local store.  It was much faster (and often cheaper) to order the book from Amazon.com.

I regret the passing of these big bookshops, but at least there are still some great local bookshops which are worth exploring.  In my neck of the woods there is the Stonnington Book Shop, the only bookshop I’ve ever encountered which sells the Oxford English Dictionary and had it stock.   This dictionary once cost thousands of dollars, but now sells for $995.   I’d buy it in a flash, but unfortunately my unit is too small to cope with the 20 volume set with its 22,000 pages.  And my eyesight isn’t good enough to comfortably read with the small print needed to fit this work into only 20 volumes.

Benn’s Books in Bentleigh is a small bookshop compared to the big city stores, but I always visit it when I go to Bentleigh, and often enter with dread that it will have some new cooking book that I can’t resist.  Readings have a store in Malvern, not far from the Stonnington Book Shop.  Readings stores (in several suburbs) sell book, CDs and DVDs, with an emphasis on classical.  I have often bought from them over the years. 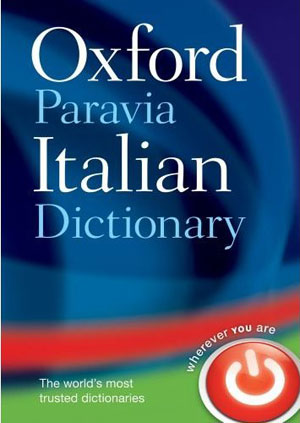 The collapse and subsequent closure of Borders and Angus & Robertson “bricks and mortar” book stores in Australia – both owned by REDgroup Retail – has been attributed to the rise of internet book sales and constrained consumer spending.

It seems to me that the explanation for the eventual failure of the bookstores ignores a simple question, which is:  Why would people in Australia order books from online stores based in the USA and the UK, pay overseas shipping costs, then wait weeks for delivery, instead of buying from a local store?

In my case, I far preferred to buy a book locally as I could browse it carefully and decide whether I really wanted it.  And quite often I’d see books that I had no intention of buying when I entered the store, and perhaps had never heard of, but as soon as I saw and browsed the book, I knew I had to have it and bought it straight away.

However, particular books I wanted (from browsing Amazon) were not always available in local bookshops.  In that case it was not only faster, but surer, to  order from Amazon in the USA, than to order from an Australian store.

And then it comes to pricing.  The book shown on the left is the Oxford Paravia Italian Dictionary, Third Edition.   It’s a big heavy book of some 2,800 pages.

Borders never did stock the Third edition, but the Second Edition was priced at A$158, which might seem a reasonable price for such a big and prestigious work.  The only problem is that at Amazon.com the current price of the Third Edition is $35.54.  In July a year ago, when the Third Edition was released in the UK, I bought it from Amazon UK for $54,91 including shipping costs.  No wonder I chose to buy online from overseas (and the product was not due for release in Australia until September. 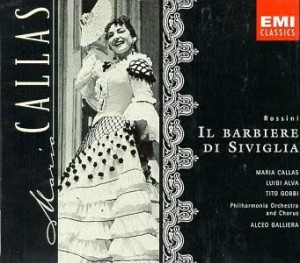 However, apart from all the above, I’ve come to find that the prices of online purchases from overseas stores can vary widely.

The CD  shown on the left, the 1958 recording of The Barber of Seville with Maria Callas and Tito Gobbi, with the London Philharmonia Orchestra and chorus, is a classic.  The album costs $53.99 on iTunes, and $55.70 at Amazon.com.  One might expect it to be expensive because it’s a classic EMI recording from 1957, produced by Walter Legge, and re-mastered in 1986. 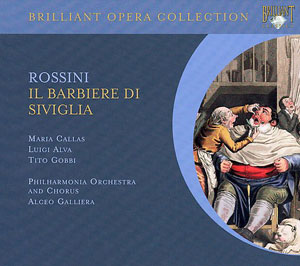 The remastered recording is available on EMI but has also been released by Brilliant Classics as part of their opera collection, and I ordered a copy from Presto Classical, in the UK, for A$9.00, on Friday 15 July.  It was despatched on Monday 18th and was delivered to my front porch in Melbourne on Friday 22 July.  The CD cover is shown on the right.

The opera is best known for non-opera fans for the Overture and the aria Funiculi funicula.

I’m now providing three tracks from the CD which show that there is more to love about this opera than the well known songs.

Note that there is a volume control on the left of the audio links below.

The first is an exquisite duet starring Maria Callas and Titto Gobbi:

The second is a brilliant comic duet:

I’ve covered books and CDs, now to DVDs. I’ve chosen The Berlin Concert – a video recording of the concert in Berlin on 7 July 2006 with Rolando Villazón, Plácido Domingo, and Anna Netrebko. (By the way, the comma after Domingo and before “and” is probably not what you were taught at school.  It’s known as the Oxford comma.)

Readings currently don’t have it in stock in any of their six stores in Melbourne.  Their price is $29.99 but who knows how long it would take to get in stock if I ordered it. Discurio in the city have the DVD in stock.  Their price is $40.  Presto Classical sell it for A21.25 plus airmail postage (A$4.05 for the first item and A$2.00 for each additional item).  Guess where I’ll buy my copy?

The next song is sung in German.  I find it interesting to follow the subtitles to hear how the words are pronounced.

Totally unrelated is another video from Presto Classical:

By the way, when I embed a YouTube video in my website, I have a choice as to what you will see when the video ends.  I choose to give you various options – to replay the video, got to YouTube, or view several related videos.