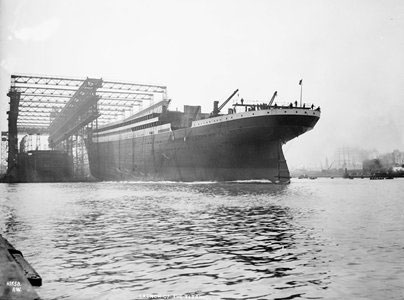 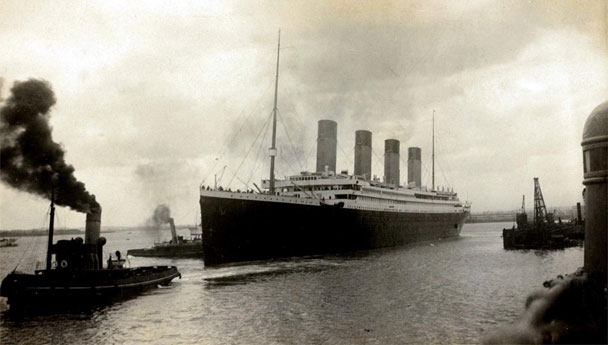 One hundred years ago today, on 31st May 1911, the hull of the RMS Titanic was launched (see feature photo on home page).   And on this day in 2011 The Age, Melbourne’s daily broadsheet morning newspaper, launched its new iPad app – The Age for iPad.  A similar app for the iPad was also launched today for the Sydney Morning Herald.  The above photo of the fully fitted-out ship  is from today’s edition of The Age iPad app  in the photo section devoted to 31 May over the years.

Also in the photo section is a series of stunning HDR photos of Melbourne.  The HDR photo that follows is a view of the city by night. I’m not sure from where the photo was taken, because the twin Rialto towers are on the right – so perhaps it’s a view from the west, or the north. 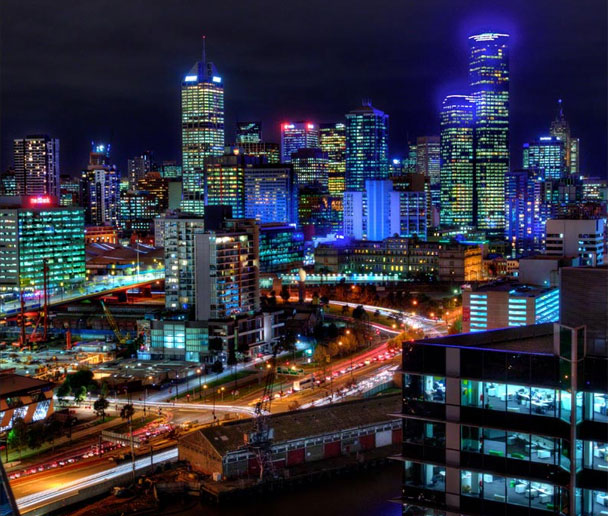 Here’s another photo from the HDR series. I know from where this photo was taken, and I’m sure most Melburnians will too – and most visitors will have seen the clocks above the main entrance to Flinders Street Railway Station.   This is a view from just inside the entrance – looking out to St. Paul’s Cathedral (Anglican) on the corner of Flinders and Swanston Streets. 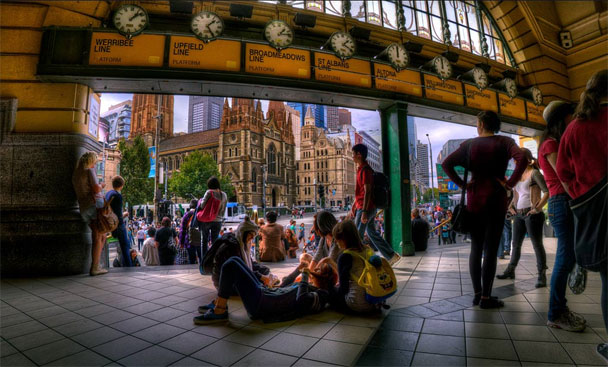 I’ll be following the The Age iPad edition with a great deal of interest to see if it will maintain the impressively high standard of the first edition. The app and its content are free until December.

The Age also has another iPad app which I have subscribed to since the week before Christmas last year.  It’s called The Age Newspaper App.  It’s a full replica of the printed version of  The Age, page by page, including all the magazine supplements, and masses of classified adverts in The Saturday Age issue which reaches about 460 pages most weekends.  The new app launched today is designed especially for the iPad and includes videos and great photos.