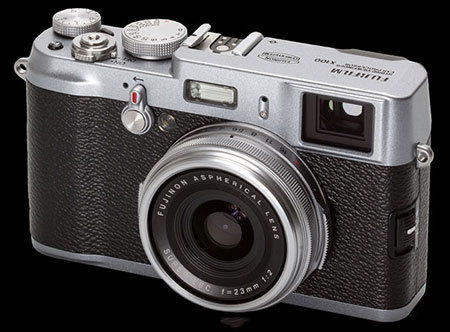 Less than 36 hours ago, as I start writing this post, I became aware of two gadgets that I hadn’t heard of before.  The first is a camera in development, expected to be released later this year.  It interests me because I’ve had a love affair with cameras since my early years in the mid-1940’s. This new camera has a sort of 1960-1970’s retro design.

The second product of interest has apparently been around since September 2009, but I’d never heard of it because it and I don’t move in the same circles.  However, it’s a gadget that could make a very agreeable change in my life.  But so, of course, could winning a few million dollars in a lottery and buying a new home.

Here’s the first gadget – the camera: 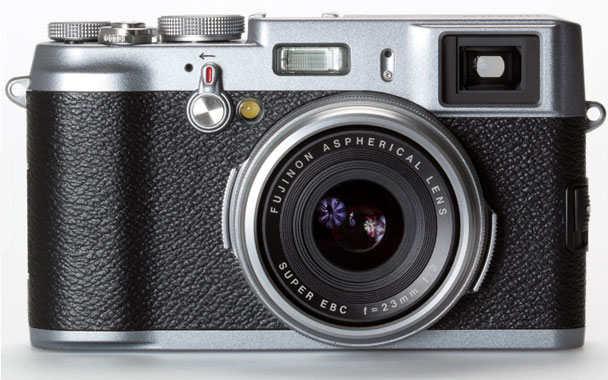 The above photo is from www.dpreview.com – in my opinion the most outstanding site to read reviews and news about cameras, and in some cases, lenses.  The article was a preview of the camera in development.  I’ll show other photos of the camera and you might spot some differences – check the lens information, and the right side of the camera, as viewed from the front.

The above photo shows the old retro features that attracted my interest.  The lens aperture can be set from a rotating ring on the lens itself, and the shutter speed can be set from a dial on the top of the camera.   Less retro (more 2011 in my mind) is a very useful dial to apply exposure compensation.  +/- 2 stops.

I’m less clear about focus, and whether there is any manual control.  Perhaps some of the photos below and the video can throw some light on this.  In the end, of course, once the camera is released, it will be judged for what it does, and not for all the pre-release hoopla.

To me, the camera looks very classy in the photo above.  It comes with a leather case?  Optional, I’m sure.  But note the focus controls on the right, and the lens is now shown as 35mm instead of 23mm.   The 23mm lens on the digital camera at the top of this post is the equivalent of a 35mm lens on a 35m film camera. 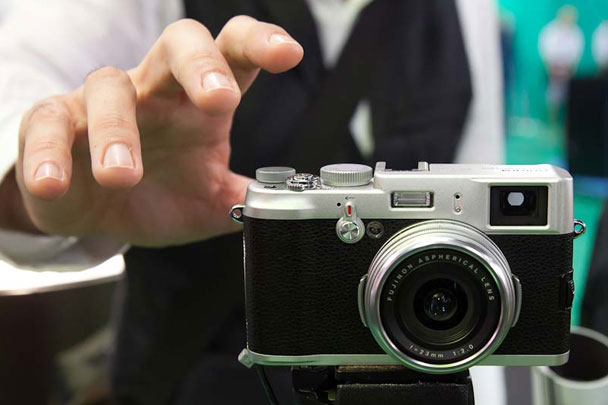 I’ve included the above photo simply because I like it.

The promotional video above hopefully might point to some features of the new camera that will result in outstanding photos. I wouldn’t hold my breath on that.

The following video is German language, but it shows the camera in use in the hands of the presenter.

The second gadget of interest will be the subject of my next post – the Olive O4HD.