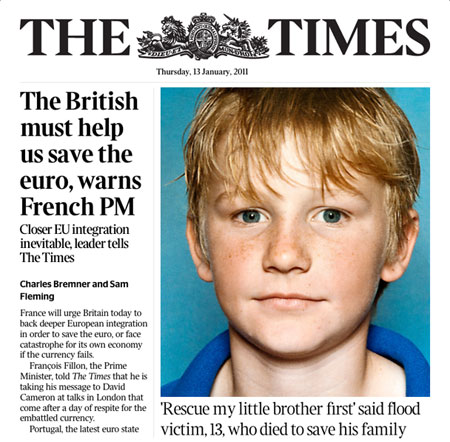 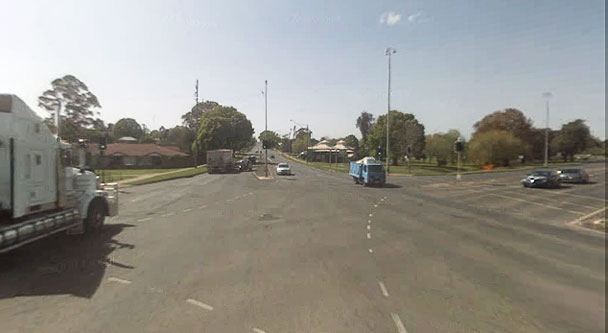 During the past week in Melbourne there has been rolling 24 hour news coverage on the main TV channels about the floods in south east Queensland, which spread to Brisbane. There were many stories of the tragic loss of life, the destruction of properties, businesses and homes, and financial ruin for many me and of dreams destroyed. But there were also stories of heroes, and of resilient people determined to overcome the losses, and in the aftermath, stories of strangers from all over pitching in to help those affected by the floods.

I am still following the story of Jordan Rice who was swept to his death, along with his mother, last Monday afternoon.  What made it so horrific to me is that it didn’t happen while trying to cross a raging river.  It happened in a quiet urban street intersection in Toowoomba, at the corner shown above, as it normally is.

The Herald-Sun in Melbourne picked up on this story on it’s Sunday issue on 16 January, and (in part) had this to say:

At a tender age of 13, Jordan Rice couldn’t be expected to know the true extent of sacrifice. Yet he embraced it with both arms on Monday in an act of bravery that will be viewed without peer when the waters finally subside.

Arms firmly glued around a tree, his body washed fiercely by a torrent, when a brave truck driver reached out his hand to save Jordan. The lad pointed instead to his brother, Blake, demanding that he be saved first.

It was to be his last act. The floodwaters engulfed him and his mother, sending them to their deaths as their family watched in horror.

I think The Herald-Sun made a good point.  It says, in effect, that the past week has been taken up with what’s happening and about to happen, and how to deal with it.  And how best to restore a decent life to those seriously affected by the floods.  It hasn’t been a time to reflect on what can’t be changed.  But that will change when the floods subside (I was tempted to write “when the dust settles” but that’s another story).

The news in Melbourne is now focussing more on the floods in Victoria, and I’m sure that South Australia and Tasmania are now more concerned about floods in their own states.   I hope all this means that 2011 is not going to be a year for the bushfires we had 2009 with major loss of life.

And let’s spare a thought for Brazil.  It has had floods in the past week where the last death count stood at 610.

The UK Daily Telegraph has picked up on the story about Jordan Rice as a front page article in the Sunday edition.  I’m talking about links from the front page, much like the links to posts from the home page of this site.  This is the article header from the front page link.  I haven’t included the whole article as it does not require subscription. 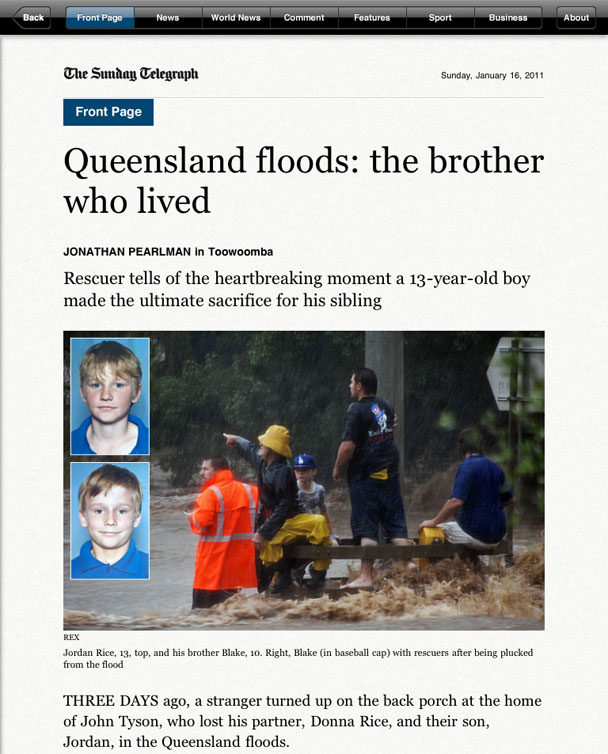 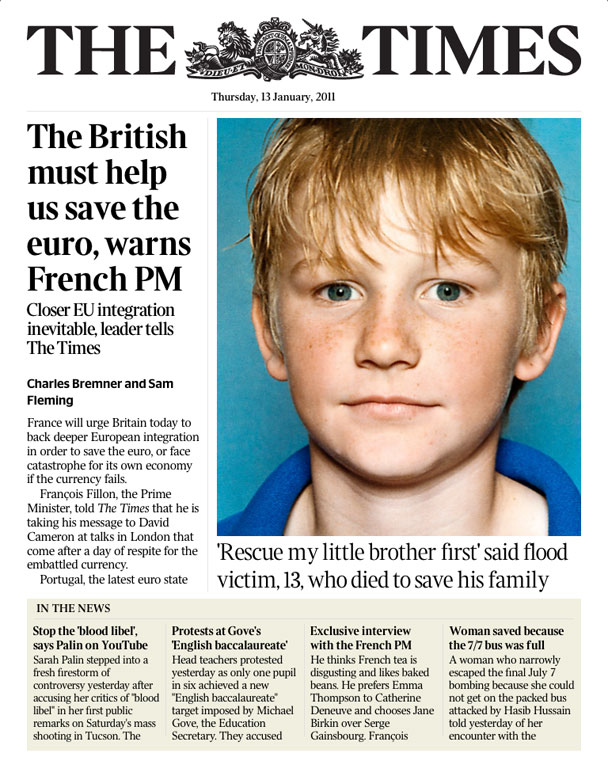