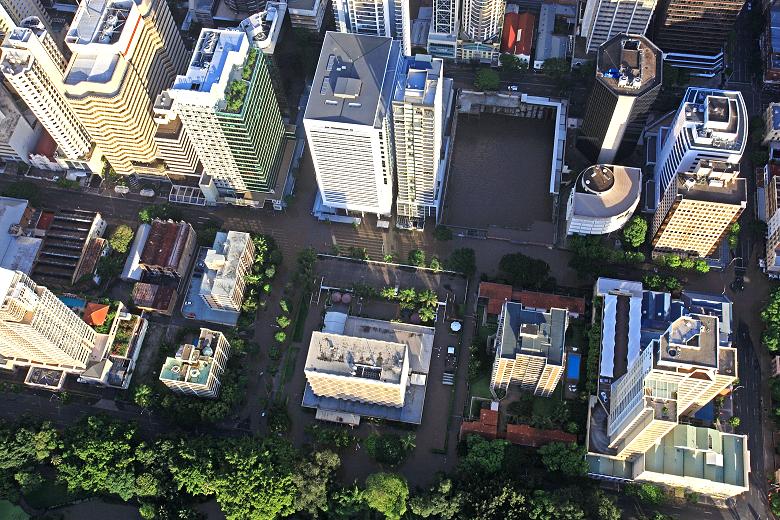 The date shown for my last post is 13 January.  I wrote it in the late hours of 12 January and I’m sure I published it before midnight and made a point of doing so.  However, late on 13 January I withdrew the post, because a friend in Brisbane said he’d seen it days ago on Ch 9.  Later I re-published it.

The thing is the whole point of making the post was that I’d watched hours of non-stop TV material about the Queensland floods on four TV channels, and did not once come across the story that made the front page headlines of The Times (the prestigious London icon newspaper).

In making the post late on 12 January, I rang the Melbourne Ch 7 news to tell them that I was curious that this story – the front page headline in The Times – was not a story in Australia.  I was put through to Today Tonight before midnight on the 12th and I left a phone message.

The story was picked up by Today Tonight and appeared in their program on the 13th, in the evening.  The story now appears in many places in stories dated the 13th.

The Times has continued the story today. 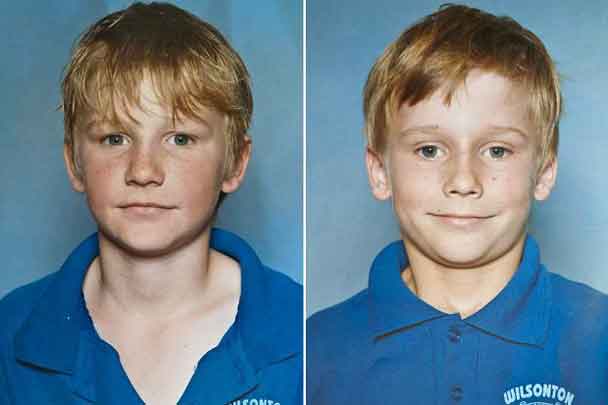 Jordan on the left, and Blake, the brother his action saved, on the right.

The Times had this to say in its 13 January issue:

A builder from Toowoomba has spoken of the failed attempt to save 13-year-old Jordan Rice, who drowned in the Queensland floods after insisting that his younger brother be rescued first.

Warren McErlean was trying to drive home when he came across several cars stranded by the flash floods that hit the city on Monday.

He helped to free one car and then saw a white Mercedes stalled in Toowoomba’s main street. Inside were Donna Rice and her two sons, Jordan and Blake, 10.

His initial thought, he told the Toowoomba Chronicle, was that the car could simply be pushed to safety. But the waters were rising at a furious rate and he had to ask bystanders to throw him ropes.

He tied the ropes together, attached one end to a lamppost and headed off into the floodwaters.

“I was almost at the car when I was swept off my feet and dragged back by the water,” he said.

“A tall guy pulled me back and another couple of people helped me to the post. He [the tall guy] said ‘give me a go’ and I wrapped the rope around him and he went back out.

“He seemed to get swept off his feet but dove to the car. I saw him tie the rope to the car door and the mother put the boy onto his back.

“He walked him over to us and I grabbed the boy and he went back to the car. The water was so strong I was struggling to get us to the post, but this big guy grabbed me in a bear hug and ripped both of us from the water.”

Blake now safe, Mr McErlean and the “tall guy” – who has been identified only as Chris – headed back out to the car.

“There were logs and wheelie bins coming at us, the big guy got hit so many times he was bleeding,” Mr McErlean told the newspaper. “The water was still rising and I saw the tall guy inside the car which started to move.

!Somehow he got out of the car, on to the bonnet and then up on to the roof and tried to get the others out.

“He had one by the hand but then the car tipped over.”

Ms Rice and her son were swept to their deaths.

“I’ve been in floods before but never anything like that,” he said. “We got the little boy, but, unfortunately, we couldn’t get the rest of them.”