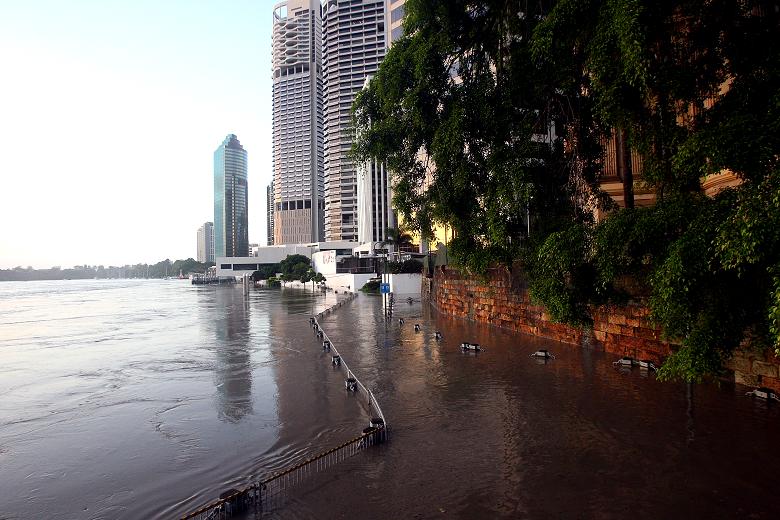 During the past two days I’ve watched hours of non-stop coverage of the floods in south-east Queensland and threats to Brisbane.   The TV coverage from to time to time had reports on overseas coverage.  The most illuminating was from an Aussie reporter in the USA who said that in a country where only 25% of the population have a passport, most US citizens were not all that interested in the rest of the world (my words, not his).

The thing that has intrigued me is that in hours of watching local TV, and seeing extracts from news coverage overseas, there has been no mention of the human interest story that made the headlines of The Times (of London) online today. 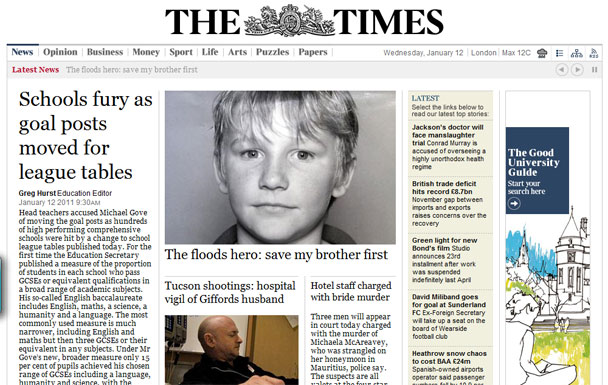 Here’s the sad story behind the headline, and I quote from The Times.

Amid the stories of tragedy and heroism emerging since Monday’s devastating inland tsunami in Queenstown, one stands out – that of Jordan Rice, 13, who was swept to his death with his mother, Donna, minutes after insisting that his little brother was rescued before him.

As the death toll from the flash floods that destroyed rural towns in the Lockyer Valley rose to 12, Ms Rice’s partner, John Tyson, described Jordan’s selfless act of heroism.

As the family, including Blake Rice, 10, drove through Toowoomba with water only at wheel height, their engine stopped and their car was rapidly swept up by rising waters. although the family called the emergency services, Mr Tyson said no help came and bystanders watching the family did not offer help.

“All these people were just standing around until an old scrawny guy grabbed a bit of rope, wrapped it around himself and jumped in,” Mr Tyson said.

“Jordan can’t swim and is terrified of water. But when the man went to rescue him, he said ‘save my brother first’,” he told The Toowoomba Chronicle.

Mr Tyson said the man rescued Blake and tried to tie the rope around Jordan and Ms Rice but it broke and they were washed away, briefly clinging to a tree before they were taken off.

“I can only imagine what was going on inside to give up his life to save his brother, even though he was petrified of water,” said Mr Tyson.

“He is our little hero.”

Sadly, The Times article finished off with:

Another mother told how she was convinced her son had been killed after his car was hit by the floods and he called her, screaming: “I’m being swept away, come and get me.”

Kay McKenna-Brock said her son, Dean, 32, only had time to call for help before his phone cut out. 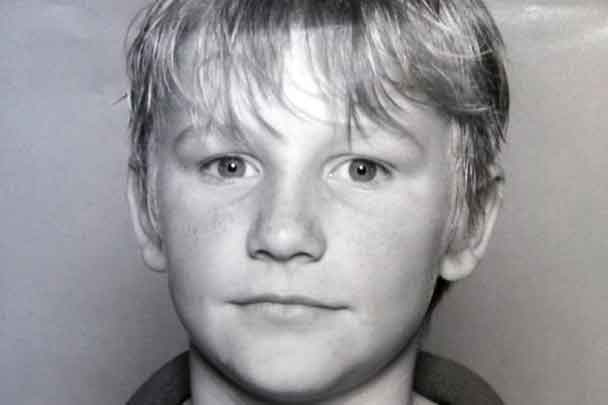