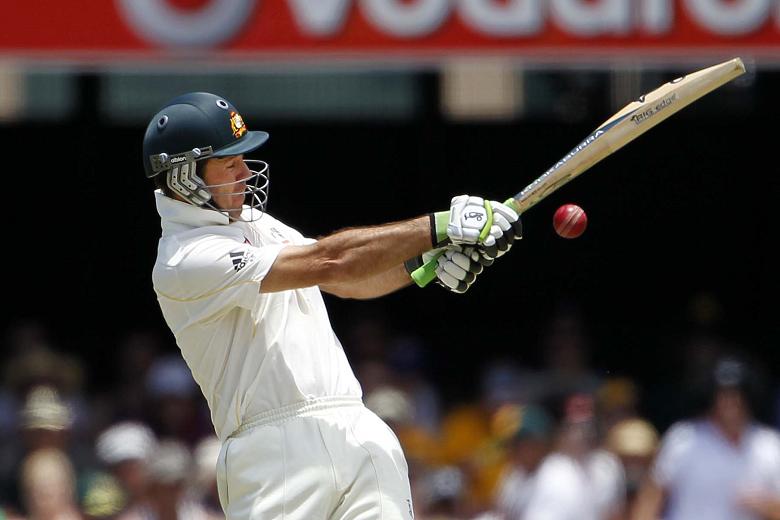 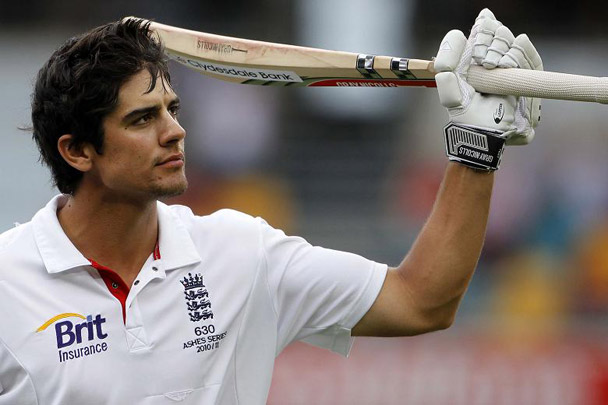 There is only one more day before the start of summer in Australia, and that sporting reminder of summer is already here – test cricket.  This year it’s the Ashes series between Australia and England.  And this time it’s in Australia, so no sitting up in the late hours at night to watch it played in the UK.   The 1st test in the 2010 series, played at the Gabba in Brisbane, started last Thursday and finished today.

The first innings was a great one for Australia.  England batted first, and were all dismissed for 260 on Day 1 with some great bowling by Peter Siddle, on his 26th birthday, who got 6 wickets for 54 runs from 16 overs, including a hat-trick (the bowler’s equivalent of a golfer’s hole in one).  Newcomer Xavier Doherty did well to get 2-wickets for 41 runs from 13.5 overs.   When Australia came to bat they did well, with some great batting performances, and ended up with 471 runs – 211 runs ahead of England.  At this stage it was looking like all over red rover.   The English team would be would be dismissed in the second innings in fairly short time, and Australia would bat for the second time and probably win the game on Day 4.

That’s not how it worked out.  Thanks to the efforts of Andrew Strauss (the England captain) who made 110 runs before getting out, and Alistair Cook (shown above) with 235 runs not out, and Jonathan Trott with 135 runs not out, England declared at 1/517 before Tea on Day 5.

The result was a draw.  But what an amazing recovery by England from what looked like a losing position on Day 2.  And what a horror for Australia whose bowlers were unable to get a wicket for nigh on two days.

The Times had this to say about it:

A day on which England completed their fourth great escape of the last 18 months was rendered doubly satifying by some notable milestones by Alastair Cook and Jonathan Trott, who rewrote the record books. Their epic unbroken second wicket partnership of 329 in 85.4 overs was the biggest stand by any England pair in a Test match in Australia, surpassing the 323 put on by Jack Hobbs and Wilfred Rhodes in 1912; Cook’s 235 was the highest in a Gabba Test, beating Sir Don Bradman’s 226; and Trott became the third England batsman after Maurice Leyland and Herbert Sutcliffe to score hundreds in his first two Tests against Australia.

It looks like being a very interesting Ashes series with two evenly matched teams who are capable of at times screwing up badly and at times performing brilliantly.

Here are two more photos from the game, both from The Times (as is the photo above):

Simon Katich flying home to avoid being bowled out:

and this great photo of England’s Barmy Army in the crowd at the Gabba in Brisbane: 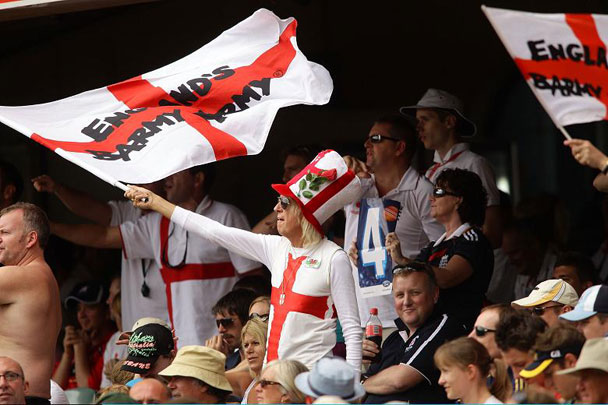