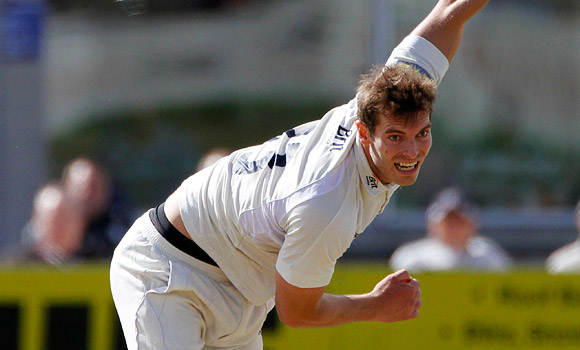 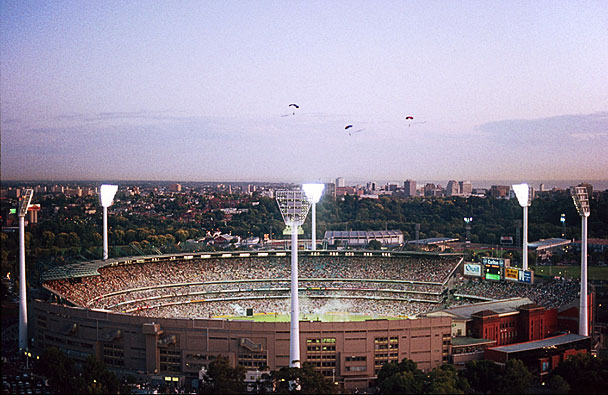 Spring 2010 arrived in Melbourne today with the warmest day since last April. I haven’t had the heating on at all today. The winter sport AFL football 2010 season finally ended yesterday at the MCG (see above) with the “Drawn Grand Final Rematch” after the draw the previous Saturday.   They really shouldn’t call it a Grand Final. It’s more of a Potential Grand Final, or even an Alleged Grand Final (not a proven Grand Final until the game provides a winner).

Now that the footy season is over, the MCG (Melbourne Cricket Ground) shown above, will no longer be given over to AFL games and Grand Finals this year, but to its namesake summer sport – cricket.  This year, cricket fans will have the excitement of the Ashes – the cricket competition between Australia and England. 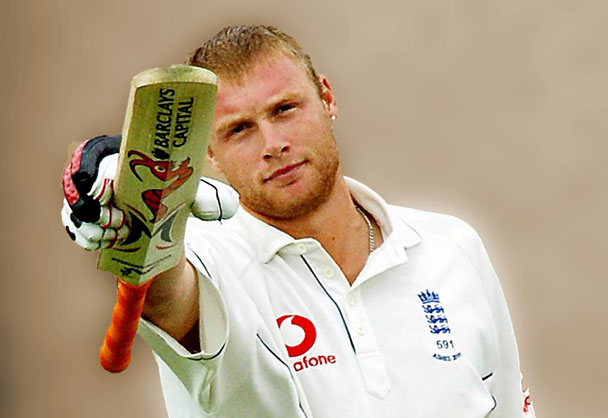 Sadly, the Ashes tour this year won’t have Andrew “Freddie” Flintoff (above) as the captain of the English team.  After suffering various injuries and surgery over the years, a few weeks ago, on medical advice,  he announced his retirement from all forms of cricket.

When asked about the Ashes this season he insisted (according to The Sunday Times (of London) today, he would be emotionally detached. “I’ll be on Jumeirah Beach with the kids and Rachel,” said the Dubai-based veteran of 79 Tests. “And I’m not going to be sat there beating myself up, thinking, ‘I wish I was in Australia’.”

The photo of the MCG shown above is from the free iPad app Go Ashes.  I strongly recommend it for all cricket fans with an iPad.  There’s also an iPhone app.

The arrival of Spring weather always fills my heart and spirit with renewed joy, and revives my enthusiasm and appreciation of the simpler things in life, and just being alive.  William Wordsworth expressed it better than I can when he wrote his ode to nature:

My heart leaps up when I behold

My heart leaps up when I behold
A rainbow in the sky:
So was it when my life began;
So is it now I am a man;
So be it when I shall grow old,
Or let me die!
The Child is father of the Man;
I could wish my days to be
Bound each to each by natural piety.

A Google search for “The Child is father of the Man” will find many discussions about the meaning of those words, and also about what Wordsworth might have meant when he wrote “natural piety”.  One of the most interesting articles can be found at http://www.answersingenesis.org/creation/v20/i3/child.asp

The article was written by Graham Fisher, B.A. (Hons), Dip.Ed., M.Ed.  He clearly agrees that childhood is a vital element in a person’s development.  He goes on to apply this observation to what he has read of the attitudes of Charles Darwin (author of  On the Origin of Species) in Darwin’s childhood.

I’ll quote from the article:

In their excellent biography of Darwin, Desmond and Moore quote from contemporary sources about him [Darwin] thus:

‘Inventing deliberate falsehoods became a regular method of seeking the spotlight … He would still do anything at school “for the pure pleasure of exciting attention and surprise,” and his cultivated “lies … gave [him] pleasure, like a tragedy.” He told tall tales about natural history, reported strange birds, and boasted of being able to change the colour of flowers. Once he invented an elaborate story designed to show how fond he was of telling the truth. It was a boy’s way of manipulating the world.’

Graham Fisher then goes on to make some very interesting  observations about Darwin and his theory of evolution.

If you read the article you will see that Graham Fisher has a religious belief, and therefore perhaps has a vested point of view.  So what do I think of his article?

Scientists still have many unanswered questions about the beginning of  life on Earth – let alone why it began on this particular planet in all the universe – or why and how the almighty universe exists at all, with or without life.

As regards Evolution or Genesis, Occam’s Razor comes to mind.