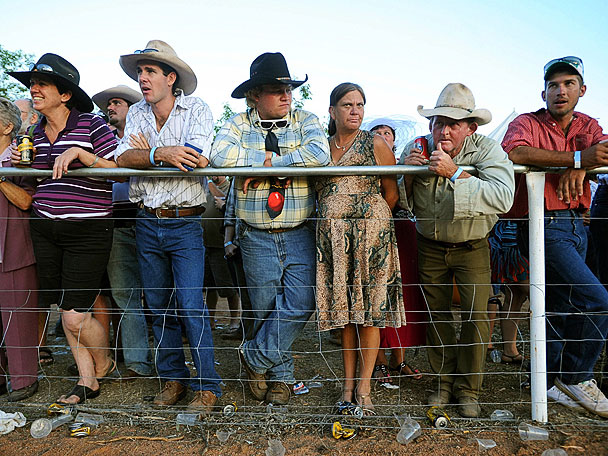 Today I’ve begun developing a new blog site theme layout using the recently released RichWP Framework for creating customized themes in WordPress. I’ve only been working on the for two hours, so there is lots to do and lots to learn. The big difference with this theme is that is a classic blog design with a each posts going down the page in chronological order. My previous theme had a magazine style layout – it can be seen on the home page of my main web site (which can be found here).

The advantage of this type of theme layout for me is that it’s easier to publish new posts, as the post don’t need two photos (as required by the previous theme to maintain its magazine format. In fact it doesn’t need any photos.

Above is the featured photo of 8 August 2010 from The Guardian Eyewitness app for the iPad.

The traditional Australian bush race meeting is almost a thing of the past, but Almaden, a north Queensland town with a population of just 30, has bucked the trend. Amateur jockeys race on stock horses in sprint races, with bettors ‘buying’ the horse for the race at auction.

By the way, my new Lexus is going well, and I’m very pleased with the decision to make the changeover.