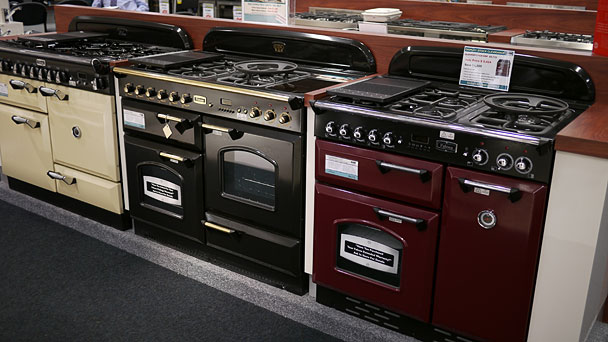 I made a number of observations.  The Breville portable induction hob brought the pressure cooker up to full pressure much quicker than the gas stove.  Perhaps less than half the time.   But I’m only talking about bringing 250 ml (1 cup) of water to the boil, so it’s only 3 minutes instead of 6 minutes sort of thing.  Not a huge deal.

Once the pressure cooker was up to the desired high pressure (15 psi), it was much easier to keep it close to that level with the gas stove, than with the Breville.  This is almost certainly due to the fact that the gas stove has very gradual adjustments to the burners, whereas the Breville can only be adjusted in 20C steps.  The gas stove burners can also go much lower in temperature than the Breville.

One thing I noted when bringing the pressure cooker to high pressure or bringing a saucepan to the boil to make soup on the gas stove, as compared to doing it on the Breville induction cooker is simply this:

On an induction cooker you can apply full power at any time, when desired, to the utensil.  But on a gas stove, the maximum burner power should be confined so that the flames do not extend beyond the base of the utensil.

So after all this time and experiment with gas and induction, what is my preferred way of cooking 600gm-1500 gm pieces of beef or corned beef?

The answer, without any doubt at all, is microwave.  I have a Panasonic microwave inverter oven, and it cooks the  beef or corned beef just as well, without any of the hassle.  I just put the beef in an oven bag with 250 ml of liquid (and herbs etc), and place it inside a Corningware casserole dish with glass lid.  Cooking times are much the same – but the microwave requires a 5 minutes at full power start, and then the cooking time is the same, but in the microwave at only 30% power.

With the microwave, there is no washing up afterwards.  The beef was in an oven bag with a rubber ring etc to close the end enough so that only steam escapes in the cooking process.  The casserole dish only has pure water in it.  A quick rinse and dry is all that is needed for the dish and lid.

The thumbnail and photo above for this post are of the Falcon gas stove range – an expensive range.  These beautiful stoves are descendant’s of the AGA that we had in our home at Mount Gambier in my youth.  The AGA was like no other – it had stove top hubs and ovens that were working 24/7 to use the modern phrase that was unheard of when we had an AGA.

In 2010, the AGA has a feeling of romance for me, of wonderful old times.  But in reality it was hard work (topping it up it daily with coke from our coke house) to keep it going.  If the fire went out, it took 12 hours to come up to heat again, and the heat depended on the day and whether there was wind.  It was a great relief for my Mother – the cook – when my parents visited an exhibition one night and as a result my Father switched to a wonderful gas stove with gas cylinders.