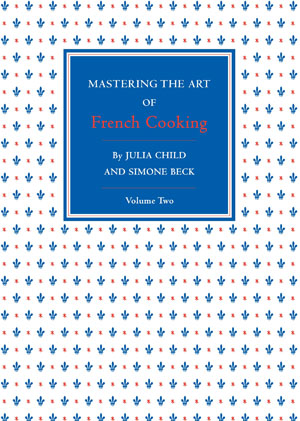 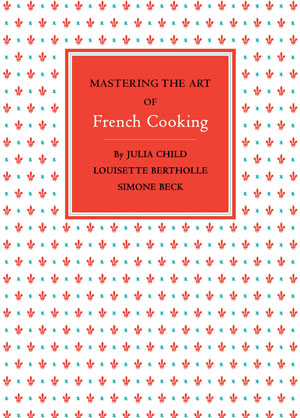 The blog home page thumbnail image for this post looks the same as the image on the post page, except for the colour of the book cover.

But take a closer look.  The main author is Julia Child but the co-authors are different in the two books.

The red book is Volume 1 which was first published in 1961.

The blue book is Volume 2 which was first published in 1970.

I bought both books in a set from David Jones at Chadstone at a cheaper price than Borders.

I also bought the DVD of the movie Julie & Julia starring Meryl Streep as Julia Child.

I’ve long wanted to see this movie since I first heard of it, as I have a keen interest in cooking.  But I’ve never had any interest in Julia Child’s cookbooks until now.

Last week I watched the DVD movie Julie & Julia and apart from the story and the food, I wondered if the way Meryl Streep spoke was camping it up or playing a caricature of Julia Child.  But I’ve now seen the late Julia Child on YouTube and the following video answers that question.

The AWW Cooking School says that you should equip yourself with the right pan for cooking an omelette  if you don’t want the result to resemble a dish of scrambled eggs (which my omelettes have in recent years).  That advice and the above video caused me to buy a new omelette pan as my previous pan only had a 5 inch base and it was not smooth (a Circulon pan) to allow the egg mixture to slide in the pan.  My new Analon pan, with a copper/stainless steel/aluminium bottom has the 7 1/2 inch flat base recommended by Julia Child.

Yes, the larger pan makes for a different cooking experience because much more of the egg mixture comes into contact with the pan straight away to start cooking.  But I wouldn’t shake the pan on top of the stove like Julia does, as it’s like scraping a fingernail on a blackboard for me, and not good for the pan or the induction cooker surface.  I lift my pan off the cooktop when I shake it.  This of course causes the induction cooker to start beeping as there is nothing on it which it can cause to heat.  In this respect a gas stovetop would be better as it the flames would still heat the pan.  But in any event, I prefer the method of tilting the pan and pulling the egg mixture back during the cooking process to allow the runny mixture to run down onto the bare pan surface.