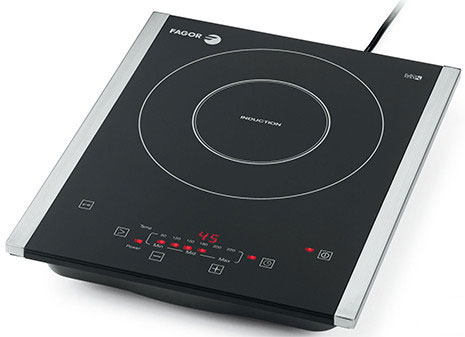 This post was originally on my website home page, but I’ve now moved it here as a continuation of the induction hob posts.

This video will show you why induction cooking impresses me, and is still on the wish list for my kitchen. The second half of the video shows a new item for my kitchen wish list which half impresses and half frightens me.

If you had these appliances fitted you’d want to be sure that the electrician knows what he’s doing – unlike the ceiling insulation installers that drew a lot of adverse publicity this year, because of problems with some insulation being in contact with electrical wiring – causing house fires. I’d expect the dangers from poorly fitted insulation would not be in the same league as the danger from these high powered electrical appliances if the wiring was not done properly.

But enough of that concern. Watch and enjoy. Pause the video once you start it, to give it a few minutes to download so that you can watch it as it was intended to be seen. You can pass the waiting time however it suits you, or right click on links to open them in new tabs or windows and check them out to pass the time.

Of course, your computer and Internet link might play the video smoothly all the way through without pausing the video to give it time to download the file.

The following video demonstrates the Fagor portable induction cooker (as seen in the “thumbnail” image for this post. The demo seems to indicate that the Fagor portable induction cooker can get down to the really low setting needed to melt chocolate without a double boiler or whatever it is that is needed. If this is true, I’d buy the Fagor as soon as I could, if it were available in Australia.

It’s not that I want to melt chocolate, it’s that my Breville ikon portable induction cooker’s lowest heat setting is too high to allow me to maintain a constant pressure level with my Kuhn Rikon pressure cooker. I have to turn the Breville off several times during a 30 minute cooking to stop the pressure rising too high. it’s such a pain that I’ve reverted to using the microwave to cook my beef and corned beef.

I don’t have one so I can’t comment.  But they are certainly great value and very impressive.

You’re not into pressure cooking?  Well, you don’t know what you’re missing, and you could be living in the past as far as your concept of pressure cookers goes.

In my opinion, the reality is, and Fagor knows this, that modern pressure cookers and induction stovetops were made for each other.

I’ll be making post in the future to show why I believe this.  For example, tonight I cooked perfect rice in 4 minutes.