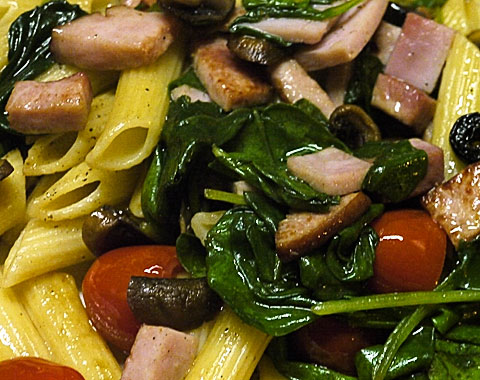 One of the early lessons I learned is that when an Italian word has double consonants, such as penne, one must be careful to emphasise the double consonants.  The word pene has a different meaning.  One must also be careful when pronouncing vowels not to pronounce them the same way as in English, and even worse, in a lazy Australian way. Here’s what can happen.

In this little movie, when the guy is told that he has used the wrong word, we see flashbacks to times when he has used it in the past.

In case you’re wondering, penne is the plural of penna, which means feather, pen and quill.   Feathers were once trimmed diagonally at the end and sharpened to form a nib to dip into ink for writing, so the meanings have a connection.

What about the pasta called penne we can get at the supermarket?  Let’s see.  Each bit of penne is a tube of hard pasta cut diagonally at the ends, much like a quill.