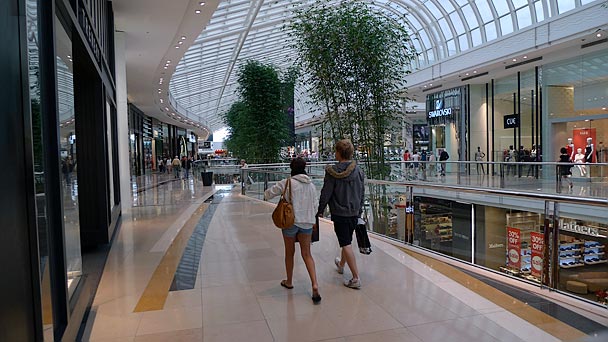 Yesterday in Melbourne the maximum temperature exceeded 39C in a day of extreme fire danger in country areas, and it was hot overnight.  But today the temperature only reached 23C, and it was heavily overcast and raining when I drove to Chadstone shopping centre to battle the Christmas shopping crowds (shown above) to get a copy of Susan Boyle’s first CD album and a few other small items.

Just think about that.  A year ago Susan Boyle was an unknown frumpy, middle-aged spinster in a small village in Scotland.  But I was deeply moved after watching her stunning appearance on Britain’s Got Talent during the year.  She didn’t win the contest and only came second.  However, Susan became a household name because of her first performance in the contest, and now has record sales for her first CD album released last month, which has reached Plastinum in Australia.  Does anyone remember who won the contest?

One of the other small items I bought was Mark Vincent’s CD.  Check his home page here.  He won Australia’s Got Talent this year at age 15.  It’s a very enjoyable CD, with well chosen songs.  You can click on  iTunes link to hear excerpts of all the CD by clicking on “Preview All” at the bottom of the list of tracks.  He turned 16 on 4th September this year.

Chadstone has undergone major additions over the past two years, and last month the totally reconstructed original wing was opened.  This included a totally new and much larger lower level (courtesy of completely demolishing the old area and making major excavations two years ago).  The photo below shows the start of the new lower level opened last month.  The ABC Shop has been relocated to the right, from where it was since the days when my hair was much thicker. 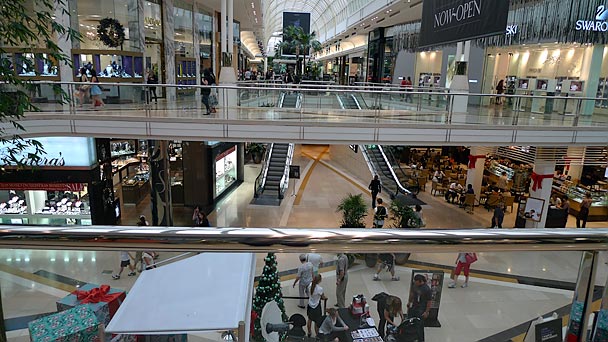 It was an enjoyable hour at Chadstone in the afternoon.  As always, I had the feeling that I should make the effort to get their earlier, and spend more time there.  But perhaps it’s just as well that I don’t, as spending more time there could easily result into spending a lot more money there.

If someone gave me $10,000 or $20,000 or $50,000 to spend at Chadstone in 3 hours on items in stock, I could do it easily at a relaxed pace.  I think I’d begin at the Apple store (owned by Apple), then move on to the Omega shop (I’ve had a childhood dream to own an Omega  from the adverts in National Geographic magazines in the late 1940s/early 1950s.  But I’ve never bought one, and very sadly, the ones I’ve seen these days are not as beautiful as the older models.  I’d like a good watch that doesn’t need a battery.  After that I could move on to the always interesting Borders and ABC shops for books, DVDs and CDs; or to the Dick Smith Powerhouse store for a Blu-ray player or a bigger LCD TV, or a PC laptop (a big powerful one far better than my 2 year old struggling desktop).

I’m sure I could spend all the money (if only someone would give it me on the sole condition that I spend it in 3 hours at Chadstone) as described above (it’s a pity that Taft’s pen shop doesn’t have a branch there, as I could let loose in their shop), but if there was a  shortfall, I could easily take it up at the wineshop, with a few cases of the fine wines they sell. 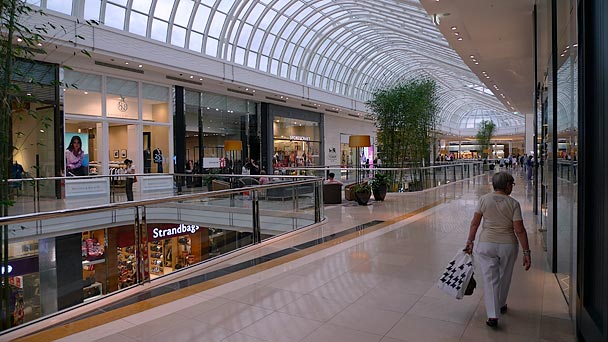 If you’re wondering where the crowds are, check out Colin’s comment below, and my reply.